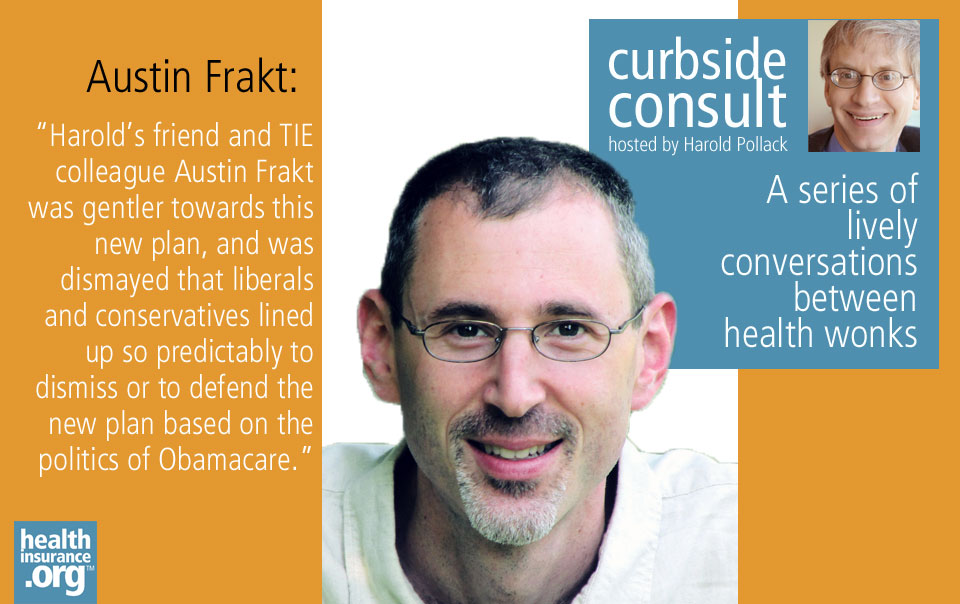 Healthinsurance.org Contributor Harold Pollack knows and likes the authors, but he knows and hates their plan.
Indeed, Pollack was pretty brutal about it on the health policy site, The Incidental Economist (TIE, for short among health wonk types).

Harold was especially dismayed by the plan’s “gigantic blunder” of allowing insurers to charge “individualized premiums” under which consumers’ could be charged higer rates based on their individual health risks.

Harold’s friend and TIE colleague Austin Frakt was gentler towards this new plan, and was dismayed that liberals and conservatives lined up so predictably to dismiss or to defend the new plan based on the politics of Obamacare.

Harold and Austin continued the conversation in a short video chat. No furniture was broken, and no animals were harmed in the filming. Watch Part One above and Part Two here.

Austin Frakt is with the Department of Veterans Affairs. He is also a health economist at Boston University. He is a blogger for the Incidental Economist, Journal of the American Medical Association, and AcademyHealth.