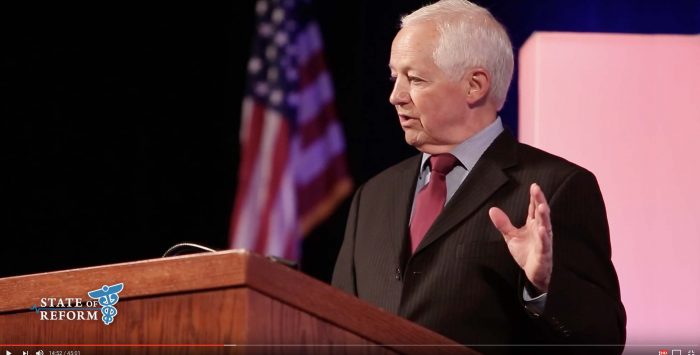 Although the summer tends to be a slow time in terms of legislation, states continue to work on health reform and court decisions continue to be handed down. Here’s a look at what’s happened at the state level this week.

Washington’s insurance commissioner, Mike Kreidler, is seeking a $1 million fine against Aliera Healthcare, and a $100,000 fine against Trinity HealthShare Inc., the healthcare sharing ministry with which Aliera partners. Earlier this year, Kreidler had ordered the two companies to stop selling coverage in Washington, and other states have also taken action to prevent these companies from selling coverage.

Vermont’s Department of Financial Regulation has issued a cease-and-desist order against several unlicensed organizations that had been deceptively selling various types of health “coverage” – including one sharing ministry plan – in the state.

Colorado’s governor and insurance commissioner are working to create a statewide alliance model (based on an already established alliance in Summit County) that would allow businesses to join together and negotiate directly with hospitals and doctors, in an effort to reduce healthcare costs. Colorado has already been working toward innovation in healthcare, with a reinsurance program that will take effect in 2020, strict new regulations on short-term health plans, and an ongoing analysis of how the state might be able to implement a public option.

Nevada is transitioning to a fully state-run exchange this fall, so enrollees will no longer use HealthCare.gov when they sign up for 2020 coverage. Current enrollees should be on the lookout for an email from the exchange on September 4, with instructions on activating their account with Nevada Health Link. Plans will be available for preview as of October 1, and enrollment will begin November 1.

New Jersey currently relies fully on HealthCare.gov, but the state notified CMS earlier this year of plans to switch to operating its own exchange as of the fall of 2020, with people enrolling in the state-run platform for 2021 coverage. And New Jersey has now requested federal permission to transition to a state-based exchange using the federal platform (SBE-FP) starting this fall. If approved, New Jersey will continue to use the HealthCare.gov enrollment platform for the 2020 plan year, but the state will oversee the exchange and fund outreach efforts.

Kentucky has launched a program aimed at encouraging Medicaid-eligible residents to enroll in employer-sponsored insurance (ESI) if it’s available to them. For Medicaid-eligible residents who have access to ESI and enroll in it, Kentucky Medicaid will pay the member’s share of the premiums (the portion that the employer doesn’t pay). The state began sending out notices about the new program on August 5.

Louisiana’s new Medicaid eligibility system includes a feature that automatically terminates Medicaid coverage for beneficiaries who don’t respond to requests for renewal information. But for those whose renewals were slated for July or August 2019, the state has temporarily suspended the auto-termination feature in an effort to ensure that people aren’t losing coverage through no fault of their own.