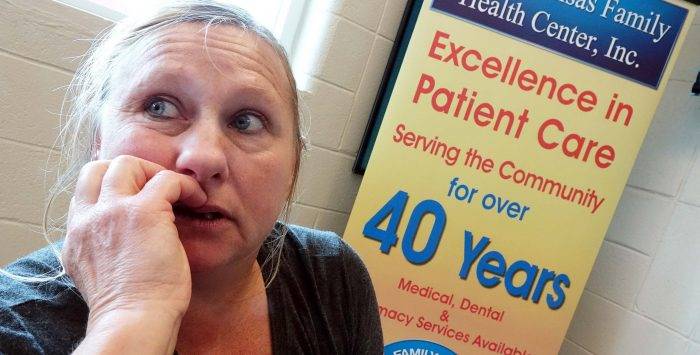 Arkansas resident Julie Rosamond discusses a new rule that would require "able-bodied" Medicaid recipients in Arkansas to work or volunteer for a minimum number of hours each month. | (May 2, 2018) REUTERS/Karen Pulfer Focht

This week, consumers in more than two dozen states can expect good news – either in the form codified consumer protections, through expanded insurer participation in state marketplaces and or through permanently extended open enrollment periods. Here’s the rundown:

For the second year in a row, insurer participation in the ACA’s individual market health insurance exchanges is growing for 2020:

Montana plans to seek federal approval for a Medicaid work requirement, and is accepting public comments on the proposal until August 23. Read more about Montana’s Medicaid expansion program.

Colorado offers SEP to residents with a terminating short-term plan

Colorado implemented strict new rules for short-term health plans in April 2019, and as a result, there are no longer any short-term insurers offering plans in the state. The state has finalized a new special enrollment period, effective September 1, 2019, that will allow people with a terminating short-term plan (or one that has terminated since April 2019) to purchase an ACA-compliant individual market plan.

Last month, Missouri’s governor created a task force designed to come up with innovative solutions for improving Missouri’s insurance market. The goal is to improve affordability and access to care, and to encourage insurers to expand their coverage areas, particularly into rural areas of the state. Depending on what the task force recommends, Missouri may submit a 1332 waiver proposal to CMS, seeking to bring innovative solutions to the state’s insurance market.

Although open enrollment for ACA-compliant 2020 coverage runs from November 1 to December 15  in all states that use HealthCare.gov and some of the states that run their own exchanges, California, Colorado, and DC have permanently extended their open enrollment periods.

Read our 2020 Guide to Open Enrollment.