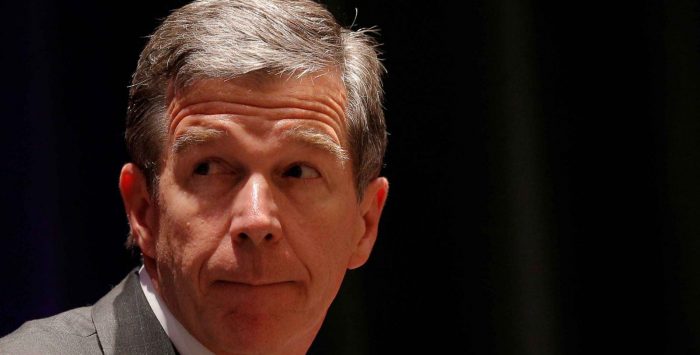 North Carolina legislation will allow sole proprietors and small businesses to join association health plans (AHPs) – if signed by Gov. Roy Cooper and depending on the outcome of a pending federal lawsuit. | (July 13, 2017) REUTERS/Brian Snyder

Health insurance and health reform developments at the state level this week included:

Montana has received federal approval for a reinsurance program that will take effect in 2020. Insurers in the state’s individual market have proposed average rate decreases of more than 10 percent – thanks in large part to reinsurance – and Blue Cross and Blue Shield of Montana is expected to reduce its rate filings even more in the coming weeks.

Delaware has also received federal approval for a reinsurance program that’s expected to result in a significant reduction in average individual market health insurance premiums in 2020.

Maryland legislation – enacted this year and effective October 1 –  will require short-term health plans to cover mental health and substance abuse treatment. But medical underwriting will continue to be allowed on these plans, which means pre-existing mental health/substance abuse issues will not be covered and will likely result in an applicant being declined for coverage.

Colorado regulators are considering a special enrollment period for Medigap enrollees with Plans C and F. The premiums on these plans could potentially increase significantly after 2019, as they will no longer be sold to newly eligible Medicare beneficiaries. Colorado is accepting public comments on the proposed special enrollment period until August 28. Got comments? Send them to [email protected].

A nationwide special enrollment period for Americans enrolled in scam products sold by Simple Health Plans, LLC, will continue until September 4. Consumers who are still enrolled in policies from Simple Health Plans should have received information explaining how they can cancel their plans, and they can contact HealthCare.gov or their state-run marketplace for assistance with enrolling in a real health insurance policy.

In last week’s Scoop, we highlighted several states where insurers are planning to join the exchange or expand their coverage area for 2020, continuing a trend towards increasing insurer participation that began in 2019. As rate filings continue to be reviewed by state regulators, here’s a summary of some additional insurer market entries and expansions for 2020:

North Carolina lawmakers have passed legislation that would allow sole proprietors and small businesses to join association health plans (AHPs), largely mirroring federal guidelines issued last year. If signed by Gov. Roy Cooper, the legislation would apply to plans issued as of 2020. But the federal guidelines are currently in legal limbo after a federal judge struck down some important provisions in March. The Trump Administration has appealed the case, and North Carolina’s legislation includes contingencies based on the outcome of the lawsuit.