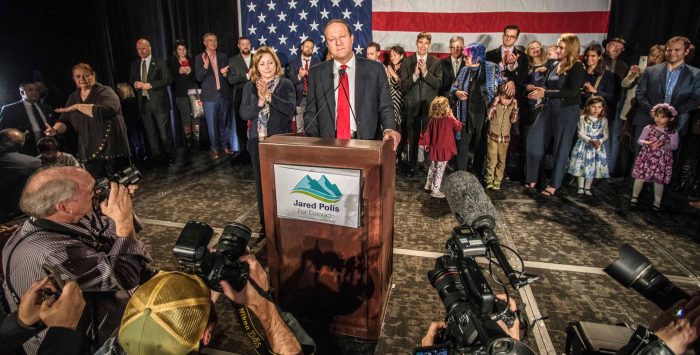 Although health reform has been mostly stuck in gridlock at the federal level, states are taking an active role in shaping their own reform. In this and future editions of The Scoop, we’ll look at health reform activity at the state level.

Colorado’s reinsurance program – signed into law by Gov. Jared Polis in May – received approval from the federal government on July 31. The program will be effective in 2020 and 2021 and is designed to provide the most premium relief in the areas of the state where premiums are highest. Statewide, insurers have proposed an average rate decrease of about 18 percent for 2020, thanks to the reinsurance program.

The Trump Administration has rejected the state’s request for enhanced federal funding for the state’s partial Medicaid expansion. (Utah expanded Medicaid eligible for people earning up to the federal poverty level, with people earning between 100 and 138 percent of the poverty level continuing to receive premium subsidies in the exchange instead of Medicaid.) The state has been receiving its normal federal match rate (about 68 percent), but had hoped to bump that up to 90 percent.

Washington, DC, residents who bought coverage from Simple Health One – or one of five related companies that have been shut down by a federal court – will be able to enroll in ACA-compliant coverage through the state’s health exchange during a special enrollment period. The move is designed to help DC victims of nationwide scam that sold “junk coverage.”

On July 19, a federal judge upheld a federal rule put in place by the Trump Administration, which allowed short-term health insurance carriers to extend the duration of short-term plans up to 364 days and allow plan renewals up to 36 months.

The federal penalty for being uninsured no longer applies as of this year, but states are implementing their own mandates. In 2019, Washington, DC and New Jersey have implemented mandates and this summer, California and Rhode Island enacted legislation that will create individual mandates in those states as of 2020. Vermont also has an individual mandate that takes effect in 2020, but the state has not created a penalty for non-compliance. Massachusetts has a pre-ACA mandate that continues to apply in 2019.

States move toward their own exchange platforms

Nevada is continuing the process of transitioning away from HealthCare.gov. The state’s exchange platform will be operational by this fall, in time for the open enrollment period for 2020 coverage.  Although their transitions won’t happen until next year or later, Pennsylvania, New Jersey, New Mexico, and Oregon are also working towards having their own exchange platforms instead of HealthCare.gov.

In addition to its individual mandate, California has created a temporary state-based premium subsidy program. The state has allocated $295 million to provide premium subsidies to people earning up to 600 percent of the poverty level in 2020. Washington also passed legislation in 2019, directing the state exchange to design a state-based premium subsidy for people who earn up to 500 percent of the poverty level. The legislation calls for the Washington exchange to submit a plan for the state-based subsidies to lawmakers by late 2020, for consideration in the 2021 legislative session.