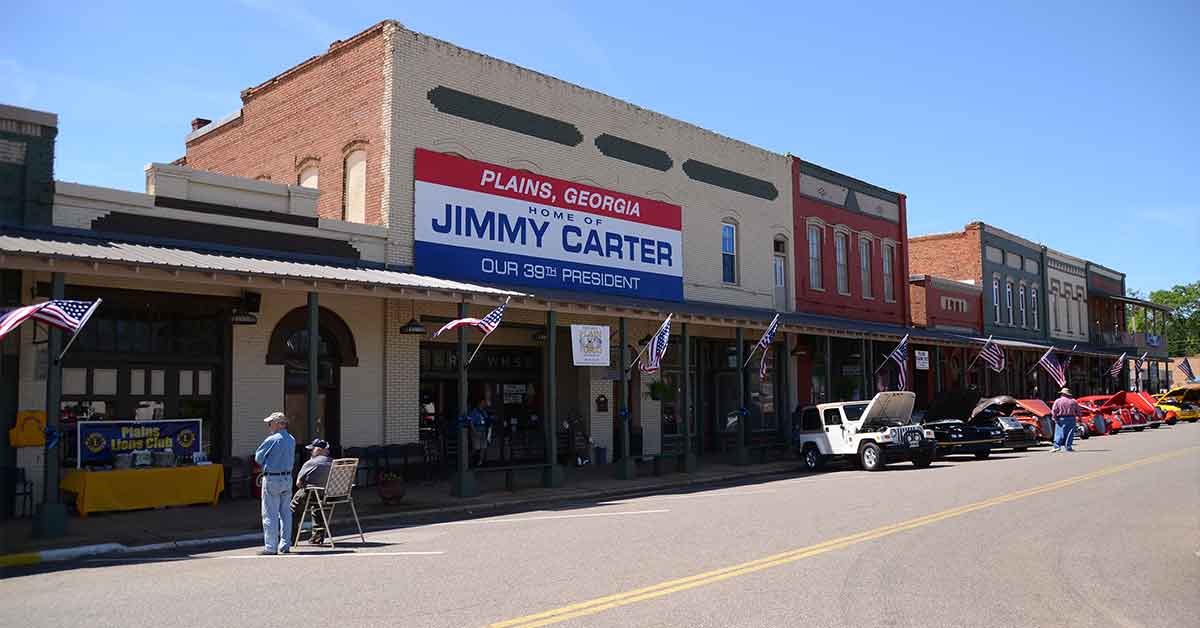 Georgia uses the federally run health insurance exchange/marketplace, so enrollments are completed via HealthCare.gov. The exchange is for people who buy their own health insurance, which includes the self-employed, early retirees who aren’t yet eligible for Medicare, and people who are employed by a small business that doesn’t provide health benefits.

Georgia has proposed a unique 1332 waiver — which is still under review by HHS — that would eliminate the exchange in Georgia and instead have people enroll in health plans via brokers, agents, and insurance companies. A Brookings Institute analysis noted that what Georgia is proposing with its insurance market isn’t lawful, and the federal approval process is likely to be lengthy.

Georgia is also seeking federal approval to create a reinsurance program, but that has been delayed until 2022.

Six insurers are offering 2020 insurance coverage through the Georgia health insurance marketplace, including newcomers Oscar Health and CareSource. All six will continue to offer plans for 2021, with average rate changes that range from a 19 percent decrease to a 10 percent increase. Across the whole market, the overall average rate change for 2021 is about a 4.8 percent increase.

Although service areas vary from one insurer to another, most exchange enrollees in Georgia have access to plans from at least three different health insurance companies. Much of the state has only one or two insurers offering plans, but the most populous parts of the state are included in more insurers’ service areas.

Read our overview of the Georgia health insurance marketplace – including news updates and exchange history.

Open enrollment for 2021 health plans ran from November 1 through December 15, 2020. This enrollment window applies both on-exchange and off-exchange. It’s an opportunity for individuals and families to renew their existing coverage, update the exchange if they’ve had any changes to their income or household size in the past year, or change to a different health insurance policy for 2021. It’s also a chance for new enrollees to sign up for coverage, with financial assistance — for premiums and/or out-of-pocket costs — based on household income (financial assistance is only available through the exchange; people who enroll directly through a health insurance company do not receive any subsidies).

Outside of the open enrollment window, Georgia residents can only enroll in individual major medical health plans if they experience a qualifying event.

Read more in our comprehensive guide to the open enrollment period for 2021 health coverage.

The benefits of Medicaid remain out of reach for many Georgians. Georgia has not accepted federal funding to expand Medicaid under the ACA, and the state’s Medicaid program is more restrictive than average, with only six states having lower income limits for Medicaid eligibility for low-income parents.

Georgia is seeking federal approval for a partial expansion of Medicaid, which would cover people with income up to the poverty level (as opposed to 138 percent of the poverty level, as called for in the ACA). But CMS rejected a similar proposal from Utah in 2019, so it’s unclear whether Georgia officials will be successful in their bid to receive federal Medicaid expansion funding without fully expanding Medicaid.

Georgia does not have state-specific regulations for short-term health insurance plans, so the state defaults to the federal regulations.

That means insurers in Georgia can offer short-term plans with initial terms up to 364 days and the option to renew for a total duration of up to 36 months. (Insurers can also offer plans with shorter maximum durations, however, and prohibit renewal if they choose to do so.)

How has Obamacare helped Georgia?

The states that have most successfully reduced their uninsured population through the Affordable Care Act have implemented a state-run or partnership exchange and/or expanded Medicaid. Georgia has done neither of these things, which is typically an indication of opposition to the ACA.

But as of 2020, there were more than 433,000 Georgia residents enrolled in private health plans through the exchange. Ninety-one percent of these enrollees were receiving premium subsidies that make their monthly premiums much less costly, and 68 percent were receiving cost-sharing reductions, which make out-of-pocket medical expenses (deductible, copays, coinsurance) more affordable. All of these enrollees — as well as off-exchange enrollees and people with small-group coverage purchased since 2014 — have plans that provide coverage for the ACA’s essential health benefits. None of them have to worry about pre-existing conditions being excluded or about hitting a lifetime or annual benefit maximum if they get very sick. These improvements are all a result of the ACA.

Georgia and the Affordable Care Act

Georgia politics are dominated by Republicans at the federal and state levels, and the Affordable Care Act has generally been deeply unpopular with local lawmakers.

When the Senate voted on the Affordable Care Act on Christmas Eve, 2009, Republican U.S. Senators Saxby Chambliss and John Isakson both voted against the bill. Neither is still in the Senate, but their replacements, David Perdue and Kelly Loeffler, are both Republicans. Perdue was in the Senate in 2017 and voted in favor of repealing the ACA in 2017, although those repeal bills were never enacted. Loeffler joined the Senate in 2020, but hasn’t taken a position on whether the ACA should be overturned.

At the state level, Gov. Brian Kemp has a very conservative approach to governing and is opposed to the ACA. Kemp has proposed sweeping modifications to Georgia’s insurance market using 1332 waivers, in addition to a partial expansion of Medicaid.

Medicare coverage and enrollment in Georgia

You can read more about Medicare in Georgia – including details about Medicare Advantage plans, Medicare Part D prescription drug plans, and the state’s rules for Medigap plans.

Scroll to the bottom of this page for a summary of what’s happening at the state level with healthcare reform in Georgia.