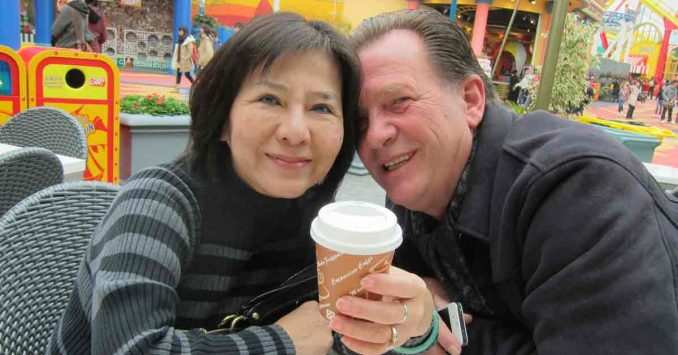 Medicare enrollment in Florida stood at 4,797,690 as of November 2021. That’s more than 21% of the state’s total population, compared with about 19% of the United States population enrolled in Medicare.

For most people, Medicare coverage enrollment happens when they turn 65. But Medicare eligibility is also triggered for younger people if they’re disabled and have been receiving disability benefits for 24 months, or if they have ALS or end-stage renal disease. Individuals in these situations are eligible for Medicare benefits even if they’re not yet 65 years old.

But Florida has the second-highest percentage of 65+ residents in the country, so it makes sense that a greater percentage of the state’s Medicare beneficiaries are eligible due to age.

Medicare beneficiaries can choose among several options to access Medicare coverage. The first choice is between Medicare Advantage plans, where coverage is provided via private health insurance companies, or Original Medicare, where benefits are provided directly by the federal government.

Medicare Advantage includes all of the basic coverage of Medicare Parts A and B, and these plans generally include additional benefits — such as integrated Part D prescription drug coverage and extras like dental and vision — for a single monthly premium.

There are pros and cons to Original Medicare and Medicare Advantage plans, and the right solution is different for each person.

Medicare Advantage service areas are defined/available on a county-by-county basis, and the number of plans available in a given county can vary greatly across a single state. In Florida, residents in some counties can choose from more than 100 different Medicare Advantage plans in 2022, while residents of other counties only have fewer than 20 options.

The Medicare Advantage carriers dominating the market in Florida are led by Humana, which held 31% of MA market share in 2022. Between late 2019 and early 2022, enrollment in Humana MA plans grew by 13.5%. (See table below). 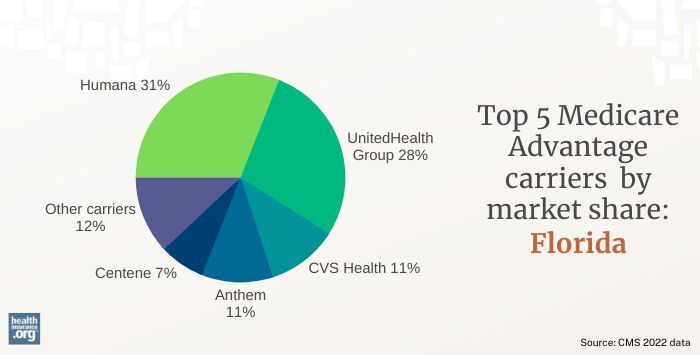 The Florida Office of Insurance Regulation (FLOIR) has a very user-friendly website people can use to compare premiums for Medigap plans available in each county in the state. As of 2019, an AHIP report indicated that there were 922,604 Florida Medicare beneficiaries with Medigap coverage.

But Florida is among the majority of the states have adopted rules to ensure at least some access to Medigap plans for people under age 65 who are eligible for Medicare in Florida. Since 2009, Florida residents under age 65 are granted a six-month window (starting when they’re enrolled in Medicare Part B) during which coverage under a Medigap plan is guaranteed-issue. The premiums are typically higher for enrollees under age 65, although they are given another enrollment window when they turn 65, so they can then switch to lower-cost Medigap coverage at that point.

How does Medicaid provide financial assistance to Medicare beneficiaries in Florida?

Our guide to financial assistance for Medicare enrollees in Florida includes overviews of these benefits, including Medicare Savings Programs, long-term care coverage, and eligibility guidelines for assistance.

Helpful resources for Florida Medicare beneficiaries and their caregivers

These resources provide free assistance and information about Medicare beneficiaries in Florida: