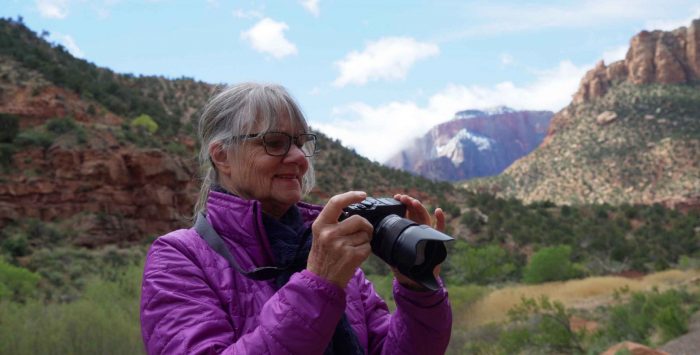 As of late 2021, there were 429,782 people with Medicare in Utah. That’s less than 13% of the state’s population, compared with about 19% of the United States population enrolled in Medicare. But Utah also has the youngest population in the country, with a median age of 31 years, versus a US median age of 37. Since Medicare coverage enrollment happens for most people when they turn 65, a state with an overall younger population will have a smaller percentage of its residents enrolled in Medicare.

Original Medicare includes Part A (which helps pay for inpatient stays, like at a hospital, skilled nursing facility, or hospice center) and Part B (which helps pay for outpatient care like a doctor appointment or a preventive healthcare service, such as a vaccination).

Medicare Advantage plans are available throughout Utah in 2022, but some counties only have fewer than 10 plans available, while others have 40 or more.

More than half of Original Medicare beneficiaries have supplemental coverage provided by an employer-sponsored plan or Medicaid. But for those who don’t, Medigap plans (also known as Medicare supplement plans) are designed to pay some or all of the out-of-pocket costs (deductibles and coinsurance) that enrollees would otherwise have to pay themselves. Since Original Medicare does not include a cap on out-of-pocket costs, most enrollees maintain some form of supplemental coverage, and Medigap plans are one option.

Although Medigap plans are sold by private insurers, the plans are standardized under federal rules. There are ten different plan designs (differentiated by letters, A through N), and the benefits offered by a particular plan (Plan A, Plan G, etc.) do not differ from one insurer to another. This allows consumers to compare plans based on price and less tangible things like customer service, since the benefits themselves are uniform.

There are 47 insurers currently offering Medigap plans in Utah. And according to an AHIP analysis, there were 85,868 people enrolled in Medigap plans in Utah in 2019. The Utah Insurance Department reported a slightly lower total Medigap enrollment of 83,714 as of 2019, which is about one out of five people with Medicare in Utah.

Unlike other private Medicare coverage (Medicare Advantage plans and Medicare Part D plans), there is no annual open enrollment window for Medigap plans. Instead, federal rules provide a one-time six-month window when Medigap coverage is guaranteed-issue. This window starts when a person is at least 65 and enrolled in Medicare Part B (you have to be enrolled in both Part A and Part B to buy a Medigap plan).

But although people under the age of 65 can enroll in Medicare if they’re disabled and have been receiving disability benefits for at least two years, federal rules do not guarantee access to Medigap plans for people who are under 65. The majority of the states have implemented rules to ensure that disabled Medicare beneficiaries have at least some access to Medigap plans, but Utah is not among them.

Most of the Medigap insurers in Utah do not offer Medigap plans to people under the age of 65 who are eligible for Medicare due to a disability. Only three appear to do so, at significantly higher premiums: Transamerica, State Farm Mutual, and United American.

A person enrolled in Medicare prior to age 65 as a result of a disability will have the same Medigap open enrollment period as other Medicare beneficiaries upon turning 65. At that point, they can enroll in any Medigap plan offered by any insurer in their area.

Original Medicare does not cover outpatient prescription drugs. As noted above, more than half of Original Medicare beneficiaries have supplemental coverage via an employer-sponsored plan (from a current or former employer or spouse’s employer) or Medicaid, and these plans often include prescription coverage. But Medicare beneficiaries who don’t have drug coverage through Medicaid or an employer-sponsored plan need to obtain Medicare Part D prescription coverage. Part D coverage can be purchased as a stand-alone plan, or as part of a Medicare Advantage plan that includes Part D prescription drug coverage.

137,830 Medicare beneficiaries in Utah had stand-alone Medicare Part D plans as of late 2021. But even more — 178,783 — had Part D prescription coverage as part of their Medicare Advantage plans.


How does Medicaid provide financial assistance to Medicare beneficiaries in Utah?

Our guide to financial assistance for Medicare enrollees in Utah includes overviews of these benefits, including Medicare Savings Programs, long-term care coverage, and eligibility guidelines for assistance.

Need help with your Medicare application in Utah, or have questions about Medicare eligibility in Utah? These resources provide free assistance and information.