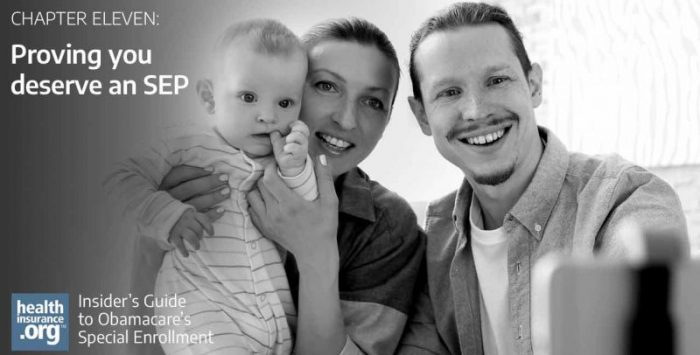 Obviously, it’s essential that people have the ability to enroll in a health insurance plan when they have a bona fide change in circumstances. If you move to a new state in April, you can’t be expected to wait until January to have health insurance coverage in your new location (assuming you were already insured prior to the move). 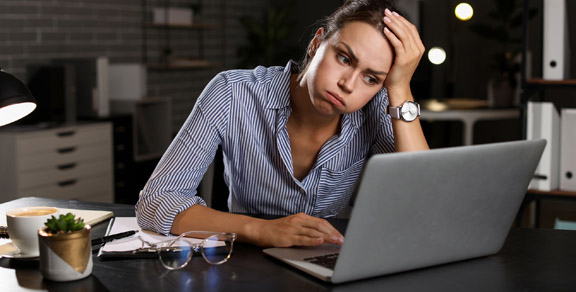 If I didn’t enroll in a plan by the open enrollment deadline, what are my options?

And if you leave your job in June and lose your employer-sponsored insurance that month, it wouldn’t make sense for you to have to wait until open enrollment to sign up for a new plan that would take effect in January.

That’s why qualifying events and special enrollment periods (SEPs) were built into the Affordable Care Act.

Early on, qualifying events were on the ‘honor system’

By late 2015, it had become apparent that healthcare utilization was significantly higher among people who enrolled during special enrollment periods, and also that those individuals tended to keep their coverage for a shorter duration than people who signed up during open enrollment.

Despite the fact that the eligibility requirements were relatively lax in 2014 and 2015, we can’t say for sure that people were “gaming the system” and signing up when they didn’t actually have a qualifying event. Another explanation could be simply that people who are sick are much more likely to seek out coverage when they do have a qualifying event, as opposed to someone who’s healthy.

A sick person who loses access to an employer-sponsored plan will go to great lengths to secure new coverage during a special enrollment period. But a healthy person in the same situation might gamble on being uninsured for a while, and just wait until open enrollment comes around again.

And in terms of the attrition (people canceling their coverage), HHS noted in late 2016 that they hadn’t found attrition rates to be different based on when people enroll, “suggesting that any such gaming [the system], if it is occurring, does not appear to be occurring at sufficient scale to produce statistically measurable effects.”

Some advocates have argued that SEP access should be as simple as possible in order to cast a wide net and encourage everyone with qualifying events to enroll. Families USA has noted that while sick people are willing to jump through whatever hoops are necessary in order to get coverage, healthy people might not be. They contend that requiring proof of eligibility to enroll outside of open enrollment could actually have a deleterious effect on the overall risk pool.

Nonetheless, the general consensus among health insurance carriers by late 2015 was that SEP enrollments were hurting their bottom line, and many insurers took steps to reduce or eliminate broker commissions for plans purchased outside of open enrollment, in an effort to curtail sales during that time.

To address insurer concerns and help stabilize the individual health insurance market, HealthCare.gov’s then-CEO Kevin Counihan noted in January 2016 that the exchange would take steps to enforce the eligibility requirements for SEPs. And by February, the Centers for Medicare and Medicaid Services (CMS) clarified that they would be implementing documentation requirements for proof of qualifying events when people enroll through HealthCare.gov outside of open enrollment.

But HHS did not assign a reason for the decline: it could be that people were previously “gaming the system” (ie, enrolling without a valid qualifying event), but it could also be that the process for enrolling had become more onerous due to the added verification step, making healthy enrollees less likely to complete the process. The vast majority of people who are eligible for SEPs do not enroll, and this could be exacerbated by the new eligibility verification process.

Starting in June 2017, HHS was planning to implement a pilot program to further enhance SEP eligibility verification. This plan was created by HHS under the Obama Administration, but it was changed from a pilot to a universal program under the Trump administration. The new pilot program was slated to randomly select 50% of SEP enrollees and pend their enrollments until they submitted proof of a qualifying event. But the Trump administration increased this to 100% of enrollments, rather than implementing the pilot program that would have required pre-enrollment verification for half of enrollees. Applicants have 30 days to submit their proof of SEP eligibility, and as long as they do so, their new coverage is effective as of the date determined by the date of their application/plan selection (in other words, there is no deleterious effect for people who do have a valid qualifying event).

Some state-run exchanges were already requiring proof of SEP eligibility prior to 2016, and most others have followed HealthCare.gov’s lead and implemented documentation requirements. HHS proposed a rule change for 2022 that would have required state-run exchanges to verify SEP eligibility for at least 75% of new enrollees who submit applications outside of the open enrollment window. That proposal was not finalized, however, as HHS determined that it wasn’t necessary.

Although consumers should be prepared to provide documentation to prove their qualifying events, the enrollment process is simple once that is done. And there are numerous changes in life circumstances that allow people to enroll in coverage for the first time, or switch to a different plan. In some cases – like the SEPs in New York, DC, and Connecticut for pregnant women – they’re state-specific. But in most cases, the guidelines for qualifying events and SEPs apply uniformly in every state.

As a general rule of thumb, if you’ve already been following the rules that require you to have health insurance, you’ll have a chance to switch coverage when it’s necessary. (For example, you lose access to your old plan, or move out of its service area.)

And if you don’t have coverage at all, you’ll still have a chance to enroll in a new plan if you experience one of a handful of life-changing events such as having a baby or gaining lawfully present resident/U.S. citizen status.

Some SEPs — like getting married or moving to a new area — used to allow uninsured people to secure coverage, but the marketplace stabilization rules ended that as well. It isn’t as easy as it once was to enroll in coverage via a SEP, but SEPs are still available for bona fide reasons — keeping in mind that a need for health care is unfortunately not a bona fide reason for a SEP (and allowing people to not pay premiums while they’re healthy and then sign up when they’re sick only results in higher premiums for everyone, as it tilts the risk pool more towards the sick end).