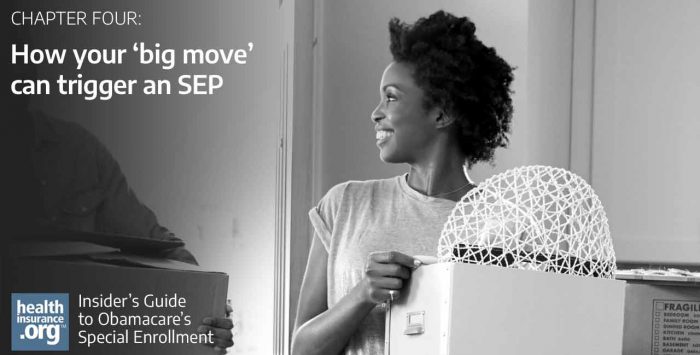 A permanent move to a new area will generally trigger a special enrollment period (SEP) for people who already had coverage prior to their move. As long as there are different health insurance plans (QHPs) available in the new area, the SEP will apply. 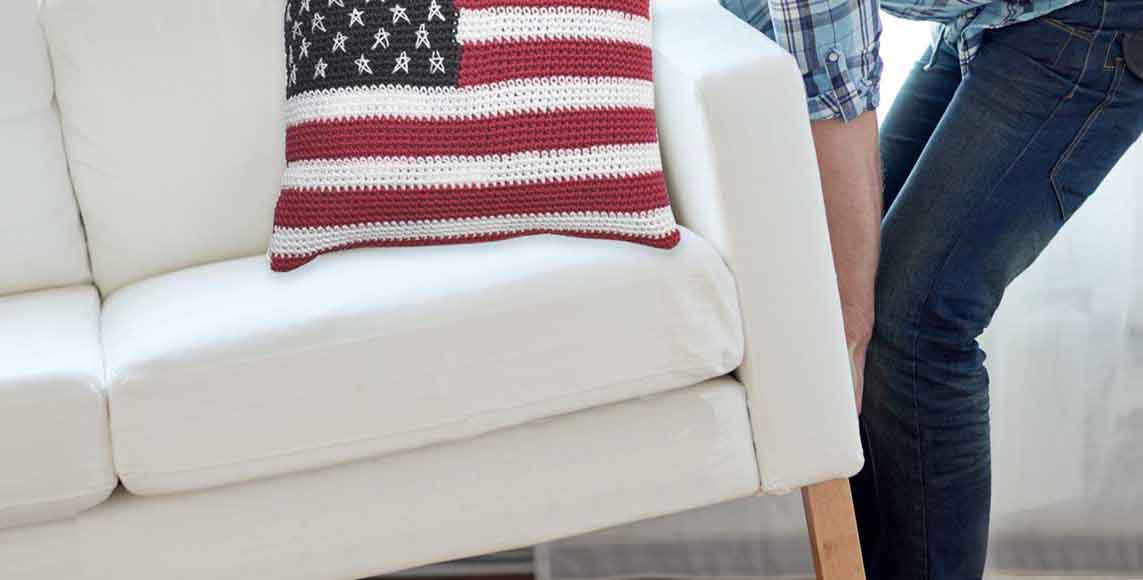 This is true even if your current plan is still available in the new area.

If you move to a new state, you’ll definitely have an SEP (as long as you meet the prior coverage requirement, described below), since each state has its own exchange with unique plan offerings. If you move to a new location within the same state, you might have an SEP; it will depend on whether the QHPs available in the new area are the same as the ones that were available in your old area. Most states have some carriers that offer plans state-wide and others that are more localized, so the availability of an SEP will vary depending on plan availability in your old and new locations.

As of 2017, HHS regulations placed additional limits on the use of this SEP. For people who already have individual market coverage, the SEP triggered by a permanent move will allow them to enroll in a new plan at the same metal level they had in their prior location (or one metal level up or down, if plans at the same metal level are not available), but these applicants do not have the option to pick a plan at any metal level (see CFR 155.420 (a)(4)(iii) — a permanent move is described in paragraph d(7), so it is not one of the excluded SEPs described in that section).

The SEP triggered by a permanent move also applies on or off-exchange, so you have a choice of where you get your new plan. (Make sure you buy your plan through the exchange if you qualify for subsidies, as they’re not available off-exchange; keep in mind that subsidies are larger and more widely available in 2021 and 2022, thanks to the American Rescue Plan.)

When the SEP applies, and when it doesn’t

Since July 2016, the SEP triggered by a permanent move only applies if you already had coverage prior to your move (defined as having minimum essential coverage for at least one of the 60 days preceding the move). You cannot be uninsured, move to a new area, and then enroll in a health plan as a result of the move.

(There are exceptions to the requirement that applicants be insured prior to the move in three circumstances: people who are newly released from incarceration, moving back to the U.S. after living abroad, or previously in the coverage gap in a state that has not expanded Medicaid. In all of these circumstances, the person did not have the opportunity to have minimum essential coverage in place prior to the move, which is why they still qualify for a SEP when they move, regardless of their lack of prior coverage).

In 2016, HHS released additional guidance on this SEP, noting that the move must be considered permanent, and that the individual must “intend to reside” in the new location and “intend to remain” there. But there’s also quite a bit of flexibility for people who move frequently, such as seasonal workers, students, and early retirees.

The SEP does not apply if you’re moving to an inpatient hospital or treatment facility in another area for the purpose of receiving medical or behavioral health treatment.

As noted above, HHS placed widespread restrictions on SEPs in 2017 in an effort to prevent people from using a SEP to make significant changes to the coverage they already had in place. The idea is that a SEP should allow a person to enroll in coverage with a valid circumstance, but a need for more or less medical care is not a valid change of circumstances.

What about people with more than one residence?

A person who has homes in more than one location can establish residency in both places, and is allowed to switch back and forth between QHPs in each area. HHS notes that brief trips away from one’s primary home do not count as establishing residency elsewhere, but spending “an entire season or other long period of time” at a second residence would make the person eligible to establish residency in the second location and enroll in a new QHP while living there.

This scenario might apply to an early retiree – not yet eligible for Medicare – who lives half the year in one state, and half in another. The best option, in this case, might be a single plan with a nationwide network that the enrollee can maintain year-round in order to have a single out-of-pocket maximum that applies for the full year.

Although plans like that are sometimes offered as part of an employer’s retiree package, plans with nationwide (or even multi-state) networks are rarely, if ever, available in the individual market. So people who buy their own health coverage might find that the plan they have in one state doesn’t offer out-of-network coverage and provides little value at their second home. The option to switch to a different plan with each move is thus valuable, although enrollees should be aware that each plan change will reset their annual out-of-pocket costs back to zero.

Exchanges have the option of offering the SEP for a permanent move in advance of the move, giving people 60 days prior to the move during which they could select a health plan in the new location. This was intended to become mandatory as of January 2017, but HHS reversed course in 2016, keeping the advance access to the SEP optional at the discretion of the exchange.