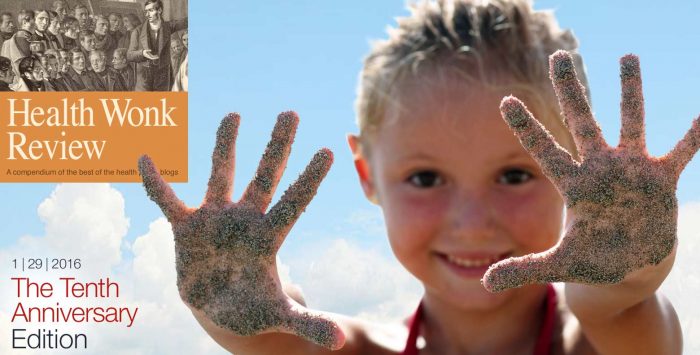 Health Wonk Review is celebrating its tenth anniversary this week … and celebrating in style with Joe Paduda’s great roundup over at Managed Care Matters.

Congrats to Joe on putting together “the whole package” this week … with a excellent read that’s also visually compelling. I’m a huge fan of animated GIFs, so again … well played, Joe.

Among the great reads this week are some nice takes on the Sanders Single Payer controversy.

Our own Linda Bergthold explains how Candidate Bernie did us all a favor by reminding us of the promise of Single Payer. Mike Feehan over at InsureBlog provides his thoughts on why Single Payer hasn’t advanced. And Charles Gaba explains how he was on the Hillary-Bernie fence until Sanders released his Medicare for All plan.

Another must-read? Joe Paduda’s thoughts about whether Obamacare – and health reform in general – is in dire straits. Take a deep breath? Great advice, Joe.

Of course that’s just the tip of the health policy iceberg this week. So definitely join us in celebrating Health Wonk Review’s 10th anniversary by reading the whole review.

And then we’ll see you next time, when yours truly hosts HWR at medicareresources.org on February 11.