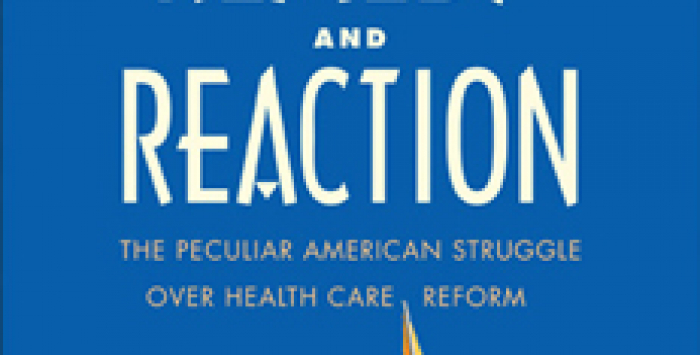 For anyone who wonders how the battle over health reform came to dominate so much of the nation’s attention over the past few years – and whether the battle will ever end – Paul Starr provides answers in Remedy and Reaction: The Peculiar American Struggle over Health Reform. 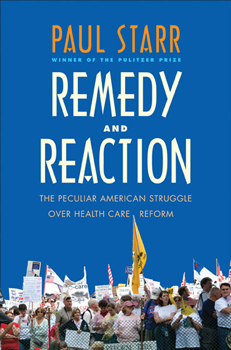 Starr knows the health care system, both as an educator and as a health reform strategist. His 1984 book, The Social Transformation of American Medicine, won the Pulitzer Prize for Nonfiction, and since then, Starr has become one of the key scholars of health care reform. In his new book, he attempts to explain how “health care in the U.S. became so vexed a problem.”

He begins by recounting the historical origins of health reform in “The Genealogy of Health Reform,” deftly explaining how the nation fell into a “policy trap” from which it has never been able to extricate itself. After World War II, he notes, the nation embraced an employer-based health insurance system that satisfied enough of the public and enriched the health care industry. Changing that system became almost impossible over the ensuing decades, with reform efforts slowed by the power of special interests, the resistance of the “protected public” (who already had insurance), and by the American emphasis on values of independence and individualism.

Next, Starr recounts the development and failure of the Clinton health care plan. In that battle, single-payer was never included as a serious policy option, Starr explains. He notes that single-payer was opposed by all the major interest groups, that it would have required a steep tax increase to fund it, and that it was nagged by public fears that the government could not effectively administer the financing of one seventh of the economy.

Both Starr and I were involved in the White House Health Care Task Force, and I do not disagree with his analysis of why the Clinton plan took the form it did, why single-payer was never seriously considered as an alternative, or why the plan eventually failed. (I would dispute his assertion that the Task Force never made any useful recommendations or that the “public” was kept out of the discussions. In fact, hundreds of papers and briefing books were developed by the over 30 working groups – forming an important base for The Health Security Act. As for the public, over 500 people participated in the working groups and many interest groups met with Task Force leaders.)

In his final section, “The Rollercoaster,” Starr looks at the many twists and turns of the recent health reform debate. He leaves the reader on a bit of a down note in the final chapter on the philosophy of health care reform, doubting whether or not the Affordable Care Act can survive the political conflict it engendered.

He provides an explanation of his assertion that an individual mandate – while once supported by Republicans but later a toxic part of the ACA – was not absolutely necessary for the success of the law. (He suggests that there are ways to enroll people that would not produce adverse selection, including an “opt out” approach.)

Starr’s description of the political mess that characterized the passage of the ACA is almost too recent and painful to read. But if you did not follow the debate closely, these final chapters will bring it to life.

looking ahead at reform

He finishes the book with a brief discussion of the American philosophy of health reform and the way it incorporates both Republican and Democratic ideals. Republicans, he says, view health insurance as they do other types of insurance – protection against high catastrophic costs. Democrats view it as prepayment for medical care. Both approaches are embedded within the ACA, yet neither party is enthusiastic about the result. Republicans are uniformly and passionately against it. Democrats are ambivalent and divided.

Will it survive the Supreme Court decision or a change in the Presidency? Starr is not sure. He concludes that the ACA is a relatively weak remedy that has provoked a massive and negative reaction. And while I agree that there are aspects of the ACA that are weak – its deference to the states on a number of provisions like essential benefits and the exchanges – I believe it is a potentially revolutionary piece of legislation.

If the law endures, even in a weakened condition, over the next few decades it will be strengthened and expanded as Americans get used to the idea of coverage that cannot be taken away.

Dr. Linda Bergthold has been a health care consultant and researcher for over 25 years. She worked on the Clinton Health Reform plan and was the head of the Obama health care blog team in 2008. She also writes for The Huffington Post on health reform and insurance issues. Her previous work for healthinsurance.org includes 2011: a very good year for health reform and How health reform’s 10 essential benefits could improve your insurance coverage.