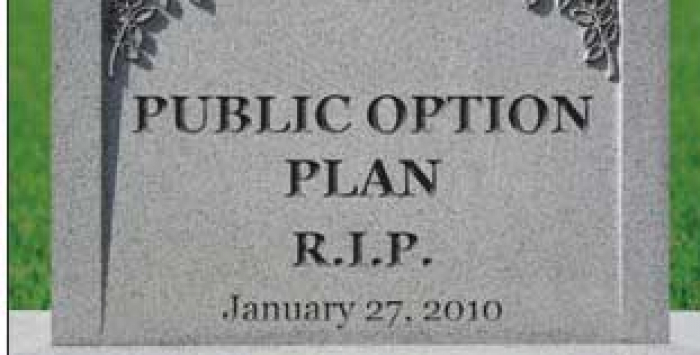 The current status of the health reform legislation in the nation’s capital reminds of us the popular quizzes that challenge players to speculate as to whether celebrities are dead yet.

If you asked opponents of health reform, they’d surely tell you that – like the failed health reform efforts of 1994 – the current Democratic proposals  never really had a chance of survival. But following the recent Massachusetts special election that eliminated the Democrats’ supermajority, opposition was definitely ready to pronounce the legislation dead as a doornail and publish the obit.

Today, Conservatives for Patients’ Rights, one of the loudest voices against the Democrats’ proposals, did just that. In a full-page ad, the group announced that a key element of the legislation – the controversial public option – is already dead and buried.

It’s not surprising that opposition is delivering “last rites,” but Speaker of the House Nancy Pelosi yesterday also agreed that  there’s “no hope” that a public option will be part of any legislation that moves ahead.

The good news is that Pelosi’s statement reasserts her belief that health reform legislation – minus the public option – is still breathing. She’s not alone, of course, with President Obama still optimistic, and still urging his party to “finish the job” on health care.

Democrats do still have a plan to keep their patient alive by working around a promised Republican filibuster. The Republicans, naturally, have their own plan to facilitate a slow, painful death for the legislation.

Will health reform die? We won’t know for sure for a while, since Democrats are currently regrouping to determine the best strategy for moving ahead.

But for now, at least? Definitely not dead yet.