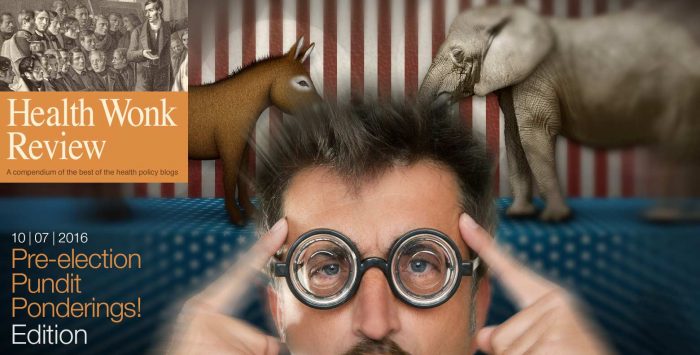 Thanks to Joe Paduda for posting this week’s Health Wonk Review over at Managed Care Matters (and special thanks to Joe for posting early enough on Friday that the edition didn’t have to be the Hot Mic Edition).

But seriously … the edition is loaded with lots of great articles – including a thorough explainer from Louise Norris: Why Are So Many Insurance Companies Leaving the Exchanges?

Also, I’d recommend Brad Wright’s Hillary, Trump, and the Success of Obamacare, which takes a closer look at a New England Journal of Medicine piece, Disentangling the ACA’s Coverage Effects–Lessons for Policymakers and includes a conversation with Benjamin Sommers, one of three coauthors of that report.

And as always, I’ve got to thank our host for including own post from Andrew Sprung, who explored the possibility that a Medicare buy-in might get more love from Republicans if the proposal was limited to Medicare Advantage plans.

So grab a cup of coffee and your reading glasses (like the guy in the illustration, perhaps). It’s the Pre-election Pundit Ponderings! Edition.

Next up: Peggy Salvatore hosts HWR at Health System Ed Blog on October 20.

Have a great weekend!