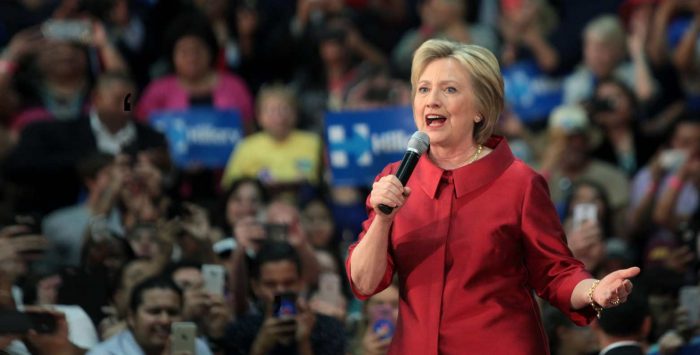 Of the roughly 24 million people whose health insurance is currently subsidized as a result of the Affordable Care Act, over 80 percent have household incomes below 200 percent of the federal poverty level (FPL).*

One third of Americans have incomes below that level, as do more than half the uninsured. For the other half of the uninsured population, however, the ACA has less to offer. Subsidies in the ACA private plan marketplace get skimpier at 200% FPL, and fade out altogether at 400% FPL – or lower, for many applicants.

That’s a policy problem – and a political problem for Democrats. Bernie Sanders wants to start over, and build a Big Rock Candy Mountain of unlimited health benefits for all, with no premiums or copays. Hillary Clinton, characteristically, is serving up a more targeted menu of supplements and sweeteners to ACA subsidies.

Her wish list has something for people at all points in the income distribution, very much including those at the top of it, who currently earn too much to qualify for current ACA subsidies:

She also discussed her proposal to ease the cutoff point for Affordable Care Act subsidies, which the law makes available to Americans making 400 percent of the federal poverty level.

She was responding to a question from a resident who complained that she’s just above the cutoff level to enjoy subsidies on the Obamacare exchanges.

“There’s just a cutoff, instead of what I’d like to see which is a kind of gradual diminishment. People shouldn’t just – once they get to a certain income level – shouldn’t lose all their benefits,” Clinton said. “That’s something I’m looking at.”

Let’s look at what she’s “looking at” to help the buyers who earn too much to qualify for subsidies. On her campaign website, Clinton proposes this package of ACA enhancements (my emphasis):

Hillary believes that in order to expand coverage for families, we need to reduce the cost of purchasing health insurance on the Affordable Care Act exchanges. Her plan will provide enhanced relief for people on the exchanges, and provide a tax credit of up to $5,000 per family to offset a portion of excessive out-of-pocket and premium costs above 5% of their income. She will enhance the premium tax credits now available through the exchanges so that those now eligible will pay less of a percentage of their income than under current law and ensure that all families purchasing on the exchange will not spend more than 8.5 percent of their income for premiums. Finally, she will fix the “family glitch” so that families can access coverage when their employer’s family plan premium is too expensive.

Boosting subsidies for those in the 200-400% FPL range would help a lot of people who have found ACA premiums unaffordable. The tax credit to reduce out-of-pocket costs would help those who have found themselves underinsured by plans covering just 60 percent or 70 percent of the average user’s yearly costs.

A cap with no cap

It’s the 8.5 percent cap on premiums that is aimed primarily at those who currently don’t qualify for any subsidy, though it would also help those at the upper end of subsidy range. As Clinton suggested, those just over the subsidy line can face a huge premium burden. That’s mainly true for older buyers.

While premium subsidies fade out gradually for young buyers, premiums are much higher for older adults – unless the subsidy covers the difference. A subsidized 21-year-old and 64-year-old earning 399% FPL will pay the same price for a benchmark Silver plan – but if they earn 401% FPL, the 64-year-old will pay three times as much. The difference is compounded if there is more than one person on the plan.

Clinton’s proposed subsidy enhancements seem to be based on a proposal published last summer by Urban Institute scholars Linda Blumberg and John Holahan. The authors proposed reducing private plan premiums and out-of-pocket costs at all income levels – and included the 8.5 percent cap. The cap was justified by Blumberg and Holahan’s analysis of the cost burden faced by buyers of individual market health plans at various income levels.

The heaviest burden, in percentage terms, is borne by those in the 400-500% FPL range. The 8.5 percent cap provides significant relief to that level and beyond. Below, I’ve charted how the cap would affect premiums (on average – there’s a lot of regional variation) for current benchmark plans for a pair of 55-year-olds at different income levels.

Most people would probably not object to easing the large bite that health insurance can take out of the income of the moderately affluent. Blumberg and Holahan aim their premium cap primarily at those within shouting range of the current 400% FPL subsidy cutoff, claiming that the cap “would not affect many of the higher income individuals potentially eligible for it because premiums would not reach that level relative to income for most of them.”

Why subsidize the affluent?

Subsidies at that income level may sound outrageous. But many affluent Americans who are insured through their employers actually get larger subsidies via the tax exclusion for employer-sponsored insurance, enjoyed by both the employer and the employee. And as the examples above illustrate, U.S. healthcare costs are so high that unsubsidized premiums take a disproportionate share of income even at many multiples of FPL.

Blumberg and Holahan are probably right that the numbers of truly affluent people – say, over 600% FPL – taking advantage of the 8.5 percent cap would be relatively small. Remember that premiums are much lower for younger adults. For two 40-year-olds, the average unsubsidized monthly premium for benchmark Silver this year is $598. That’s 8.5 percent of $84,423, or 529% FPL. And most of the affluent have access to employer-sponsored insurance, barring them from premium subsidies under current law.

A bit more than a third of the uninsured had incomes above the level that would benefit from an 8.5 percent cap on premiums as of 2014, according to the Census Bureau. That suggests about 11 or 12 million in that category at present. Extending premium subsidies to them may make political sense, especially given the ACA’s current skew toward those in the lower third of the income distribution.

Upper middle class people vote, and Democrats are generally loathe to alienate them – as Obama’s long-held promise not raise taxes on individuals making up to $200,000 and families up to $250,000 illustrates. Democrats paid in political blood to pass the ACA – but along that rocky road, thanks mainly to conservative Democrats in the Senate, they shorted the middle-middle, not to mention the upper middle, classes.

The current ACA subsidy schedule works reasonably well for those under 200% FPL, but it’s too skimpy above the threshold (and arguably below it too). The exchanges would be more stable, with deeper risk pools and healthier enrollees on average, if the offerings were more attractive to prospective enrollees with incomes above 200% FPL.

But why not sweeten only up to 400% FPL – or perhaps, say, 500% – FPL? There is something to be said for a blanket principle such as “no American household should have to spend more than 8.5 percent of income for adequate health insurance.”

Benefits that are at least potentially available to all generally win broader and more enduring support. Exhibit A is Medicare, which is subsidized to some degree for all Americans. While wealthier Americans do pay more for their Medicare benefits, the threshold for paying a higher share of the Part B premium (for doctor and outpatient care) is $170,000 for a couple and $85,000 for an individual – far above the subsidy cutoff for the ACA. If ACA benefits extended anywhere near that far up the income scale, the law might win an enduring place in Americans’ affections.

* It should be noted that this is not a measure of how many people have been newly insured by the ACA, as people in both categories (Medicaid and subsidized private plans) may have been previously insured, or might now be insured had there been no ACA. It’s a measure of currently enrolled direct beneficiaries of the law. The calculations on which the estimate is based are explained in this post.