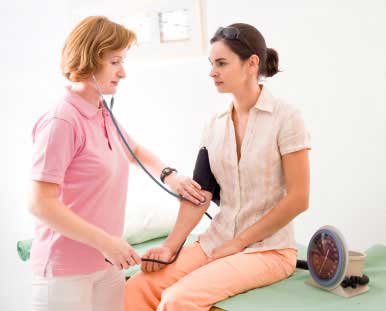 Health reform provisions that provide more preventive benefits and expanded coverage are already successful in bringing patients back to their providers.

EDITOR’S NOTE: This is the third of a three-part series from health reporter Arlene Karidis. Karidis says the Affordable Care Act is already helping many of the people who need it most, but that for many more Americans the best of the reform legislation is yet to come.

A central theme shouted by health reform advocates during the health care debate was that lack of insurance coverage – and inadequate plan benefits – creates a wall between consumers and the services they need. Consumers without coverage or poor coverage are less likely to seek preventive care and, as a result are less likely to prevent major health issues.

The impact of the health reform bill in addressing that issues is already obvious.

Melissa is – in her words – “totally stoked” that she no longer has a deductible, co-pay, or co-insurance to get a mammogram, thanks to the health reformlaw.

A recent cancer survivor, Melissa and her husband were barely keeping up with her out-of-pocket expenses for her treatments. She was trading scans and follow-up appointments for chemo. And until she tapped into a grant to help pay for her care, she was ready to drop out of a clinical trial because of the required ongoing, costly testing.

Preventive care is an earmark of the health reform act. Provisions already in place – in addition to mammography – are colonoscopy with no co-pay or deductible, as well as no expense for other preventive services rated “A” or “B” by the U.S. Preventive Services Task Force.

“A yearly mammogram is big for me. Early detection is key to my overall survival should I have a recurrence,” says Melissa, a 43-year old teacher’s assistant and part-time bookkeeper. “While I understand the importance, it’s still one test I would have put off unless I had symptoms.”

“Knowing I can get mammograms without the extra insurance fees, I feel more confident I can continue taking care of myself,” she says. “I have a whole lot more living to do.”

Reforms appeal to young and old …

Thanks to one reform provision, young adults can now stay on their parents’ plans until age 26. It’s a big deal, since the over-18 crowd are among the folks least likely to carry insurance and keep up with annual exams, according to U.S. Census data.

The reform law is an open invitation for Medicare recipients to be proactive about their health. New Medicare preventive provisions provide for free annual wellness visits and personalized prevention plans.

But are the provisions ultimately bringing more patients back to their providers, as intended?

Barb Dehn, a nurse practitioner in Silcon Valley, California,  has already had hundreds of patients come through her doors that she hasn’t seen in years because of expanded coverage afforded by health reform. She believes lives have been saved.

“I had a patient last week who’d had no insurance, went back on her parent’s plan and was able to be seen for an abnormal pap. Just in the past two months we picked up a precanercous polyp on one of my patients and an abnormality on another woman’s mammogram. Both were people who were coming in for the first time in years because they now had coverage for this care,” says Dehn.

Dehn is confident that the ban on pre-existing conditions slated for enforcement starting in 2014 will have an even more dramatic impact on her ability to reach patients while they are healthy, and give her – and her patients – leverage to see that they stay that way.

“Right now I have patients hesitant to come forward with questions or concerns. They are afraid if certain information went into their medical records, they would be denied insurance.”

On the public health front, the reform act is expansive – to the tune of $15 billion for state and community services. This Prevention and Public Health Fund will pay into setting up education, disease prevention, and disease management programs. A few of them include smoking cessation hotlines, nutrition programs, and HIV testing for people at risk for contracting the disease.

There will be payoffs in the long run, predict public health advocates. A report from Trust for America’s Health entitled Prevention for a Healthier America concluded that investing $10 per person per year in community-based programs that increase physical activity, improve nutrition, and prevent smoking and other tobacco use could save the country more than $16 billion annually within five years.