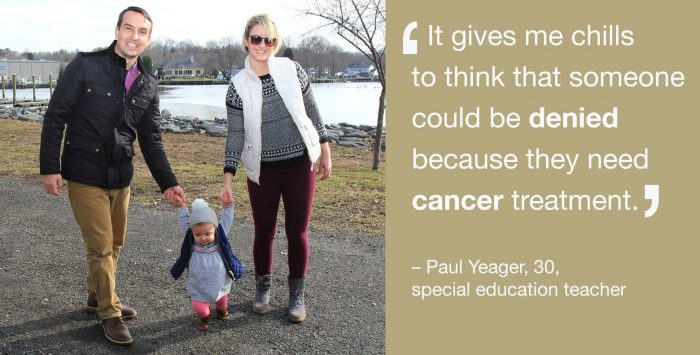 In fact, the percentage of uninsured millennials has declined to 11 percent – an all-time low for this demographic, which is made up of people born between the early 1980s and around 2000.

This finding is according to a survey commissioned by the national non-profit Transamerica Center for Health Studies (TCHS). The report, which surveyed 1,171 people born between 1980 and 1997, notes that the uninsured rate among millennials has steadily declined from a high of 23 percent in 2013. Many key provisions of the Affordable Care Act (ACA), including the availability of coverage under plans purchased through the ACA marketplace, went into effect in 2014.

“The trend is overall positive,” says Hector De La Torre, TCHS executive director. “But the vital thing going forward is to whittle down the uninsured figure.”

Signing more millennials up for insurance is important not only for the health of the insurance market – all along, participation of the younger and generally healthier millennial demographic has been considered essential to keeping everyone’s insurance costs reasonable under the ACA – but for the health of young Americans. Accordingly to the survey, uninsured millennials are significantly less likely than insured millennials (62 percent compared to 79 percent) to say they are in excellent or good health.

Paul Yeager is one of the many millennials who understands the importance of being insured. The 30-year-old special education teacher, who lives in Maryland, is married with a one-and-a-half-year-old daughter.

Yeager currently pays about $400 a month – his portion* of an employer-sponsored plan that covers his entire family, a cost he says has increased over the last couple of years. But he says he and his wife erred “on the safe side” when they chose their plan. Despite the relatively high premium, they have reasonably low co-pays and no deductible.

“Especially with the baby on the way at the time, we wanted to make sure we knew exactly what we’d have to pay,” Yeager says. “We didn’t want to have to worry about hidden costs.”

This is troubling given that more than half of millennials surveyed have been diagnosed with a chronic illness or health condition. Yeager, like 14 percent of respondents, has an anxiety disorder. He also has Obsessive-Compulsive Disorder (OCD), which often goes hand-in-hand with anxiety.

Although he’d like to see a therapist on a regular basis to manage these conditions, his health insurance doesn’t cover enough visits and the co-pays are $40 per visit. It’s less expensive for him to take medication than it is to seek therapy that could help him manage his anxiety at a lower dose of medication, or none at all.

“Everyone probably uses a therapist at some point in their life, but I think a lot of people would push it off and talk to friends or family instead,” he says of the cost.

Although the ACA expanded access to mental healthcare services for everyone, by making it a requirement for most plans to cover it to some degree, Yeager is among millions who are advocating for further improvement.

However, Yeager supports many of the provisions of the ACA. He’s glad that people with pre-existing conditions can’t be denied coverage and he thinks the cost of insurance will stop increasing, and even go back down, as the insurance market adjusts.

For many of the millennials who responded to the survey, cost is the biggest barrier to getting health insurance. Seven in ten millennials say cost is a very important factor when looking for healthcare. Sixty-six percent of millennials feel a premium at or above $200 per month is unaffordable. (Cost is also a barrier to actual care: One in five millennials reports being unable to afford routine healthcare expenses, while an additional 26 percent say they can afford it but with difficulty.)

But there’s another, perhaps more surprising, barrier: lack of knowledge about shopping for and buying health insurance.

Among the uninsured millennials surveyed who did not purchase coverage before the ACA deadline, four out of the five top reasons for not obtaining coverage were related to the individual being uninformed or unaware. Surprisingly, only 5 percent reported that they relied most on the Internet for health information, despite being “digital mavens” according to De La Torre.

“There’s plenty of education to do about how insurance works, how to comparison shop and how to apply,” he says. “This group really needs direct contact, whether that’s on the phone, face-to-face, from their doctor or physician – or from their moms. That really jumped out at us.”

In fact, the survey shows that a majority of millennials – 64 percent – rely on their mom or stepmom as their primary source for health advice and healthcare guidance.

More work to be done, including by consumers

Not a single healthcare reform advocate would say the work is done. Much, much more needs to be accomplished to continue making insurance and healthcare more affordable for everyone, and to educate consumers about buying and using insurance.

But even though Yeager’s insurance costs have gone up, he recognizes how necessary the ACA is. “It gives me chills to think that someone could be denied because they need cancer treatment,” he says of life before the ACA.

Meanwhile, he and his wife continue looking for ways to keep healthcare costs low without skipping essential care. For example, they participate in their insurance plan’s rewards program for subscribers who meet minimum health requirements through simple screenings like cholesterol and blood pressure tests, to help pay for care.

Plus, having completed the TCHS survey, Yeager says they will be even more vigilant when choosing a plan during their next open enrollment period.

“We’ll want to know as much as possible when open enrollment comes,” he says, “so we can find a plan that meets the needs of our family to the fullest and doesn’t break the bank.”

* EDITOR’S NOTE: Nationally, on average, employers contribute 72 percent of the cost of the premium for employer-sponsored (ESI) family coverage. (Based on Paul Yeager’s $400 family premium, the total premium – without employer contribution – would be more than $1,400.) Yeager’s premium is also lower due to the fact that employees pay their portion of ESI in pre-tax dollars.