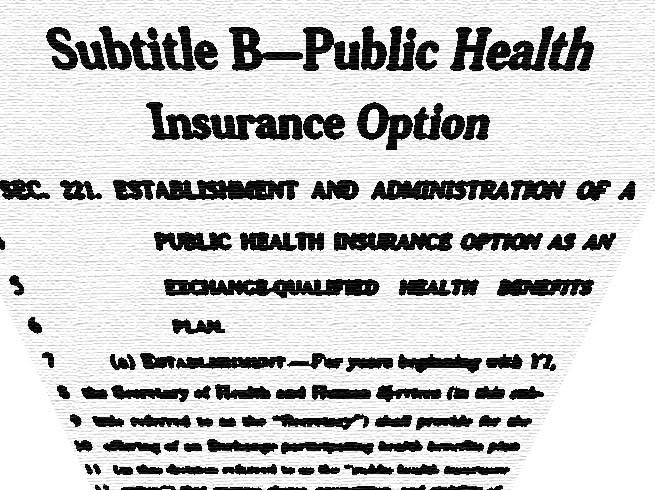 For a political proposal that appeared ready to be staked in the heart by its opponents just weeks ago, the public option looked surprisingly perky this week. In fact, the only thing that now sounds optional about the proposed reform initiative is the abundance of public option options being floated.

The perkiness is due, of course, to the latest poll from ABC and the Washington Post, which showed that 57 percent of American surveyed supported a government-sponsored insurance option. The news could hardly have been better for proponents, unless you consider that even MORE Americans – 76 percent of those polled – said they’d support the idea if it would be limited to folks who can’t get affordable private health insurance.

Sensing that the tide of public opinion is turning, advocates of a public option have turned up the volume on demands that it be included in the bill that will be voted on by the full Senate. Sen. Harry Reid, who’s working behind closed doors to marry the Senate Finance and HELP Committee versions of reform legislation, indicated that he WOULD include a public option in the bill. House Speaker Nancy Pelosi pledged ardently that a “robust public option” is still on the table for the House of Representatives, at least.

Some media also reported that the White House, feeling the heat from the red-hot poll results, finally signaled that it would support a public option – with an opt-out clause. But other media say the White House hasn’t drawn any lines in the sand just yet.

Who in Congress has pledged their support or opposition to the public option or versions of  a public option so far? Here’s a snapshot.