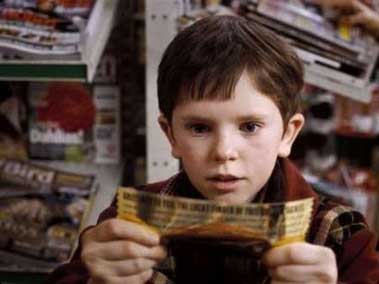 Since the health insurance industry stonewalled the Clinton Administration’s attempts to drastically overhaul our trainwreck of a health care system, Americans have been waiting.

We’ve been waiting for something nearly miraculous: a convergence of conditions that would include a frightening global economic climate; a national realization that our system is an ineffective, unfair mess; and the election of a Congress and President with enough votes to change that system.

Guess what. That miracle is here.

But recent news points to a completely baffling reality: that some members of the Democratic party – which effectively won the equivalent of Willy Wonka’s Golden Ticket in the 2008 elections – are now willing to watch that ticket flutter away in the wind. But why?

When the Democrats were swept into a majority in the House and Senate and Barack Obama took the Presidency, what did those elected officials think? That their constituents voted them in because we wanted Democrats to sit back and let Congress do business as usual?

When voters handed Democrats the rare and awesome ability to override the Congressional stall tactics that have hamstrung health care reform in the past, did those legislators believe voters were urging them to accept industry-driven counterproposals as though they had no choice?

Why, when 76 percent of the American public says they would at least consider the Democrat’s proposed public plan, would any Democrat begin backing away from that plan? After all, when we voted them into office, we gave Democrats the votes to do what they have always said they would do: to make life better for every American. And a public plan could do that.

So why would Democrats rip up their Golden Ticket? We strong suspect it’s about industry money, and these numbers support that notion.

We understand why the industry opposes a public plan; it threatens the pocketbooks of private insurance. But we don’t understand why any Democrat pulled into Washington with the Obama tide would allow industry contributions to affect their ability to really make historic change.

In a recent speech to the American Medical Association, President Obama assured the medical community that he trusted that they became doctors because they wanted to heal – and not because they were driven by a desire to become rich. It’s sad to think that the President would be forced to deliver the same speech to members of his own party.

Democrats: This is your moment. It is a moment for greatness, a David-and-Goliath moment – a moment to affect every single American living and generations of Americans to come.

Democrats: Americans are watching you. We have given you a Golden Ticket and our expectations are high. And you can trust that you will hear our voices this summer as we call your offices, sign petitions, and write letters to our newspapers.

Do not let us down.