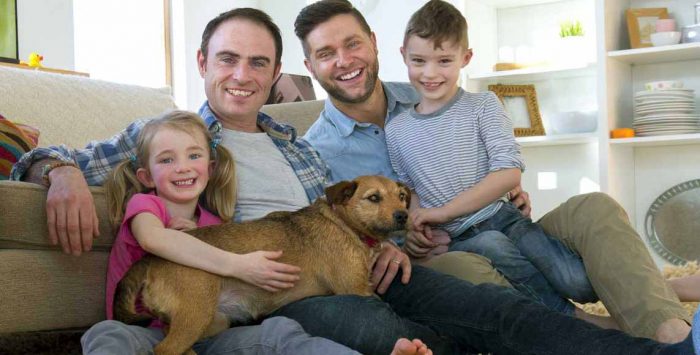 June 2015 is a significant month for the LGBT community – and not just because it’s LGBT Pride Month, when America celebrates the gains and achievements of LGBT people.

Millions of Americans are celebrating today’s Supreme Court decision that will legalize same-sex marriage in every state. But equally important to the LGBT community is the Supreme Court ruling in King v. Burwell – a case that challenged Obamacare tax subsidies in states that have not established a state-based insurance marketplace.

On June 25, the Supreme Court handed down a 6-3 ruling that upheld legality of those subsidies. The results of a ruling for the plaintiffs would have been disastrous for millions of Americans – including more than 700,000 members of the LGBT community who purchased coverage with the help of subsidies.

Kellan Baker, a senior fellow at the Center for American Progress (CAP) and a steering committee member for Out2Enroll, a national initiative to connect LGBT people with health insurance options under the Affordable Care Act (ACA), had this to say just days before the ruling:

“The Center for American Progress estimates that 732,000 LGBT people are at risk of losing coverage if the U.S. Supreme Court strips the subsidies,” he explained. “Our community will be disproportionately affected because we started so much further back than other communities and we’ve seen such huge coverage gains under the Affordable Care Act.”

According to Baker, the ACA cut the overall rate of uninsured lesbian, gay and bisexual people in half between 2013 and 2015, to 11 percent. Adding transgender people to the equation, the rate of uninsured LGBT people with incomes low enough to qualify for tax subsidies dropped by one-quarter.

But there’s much more to be done to continue getting LGBT people covered, considering that 26 percent of those who are eligible for subsidies remain uninsured. If the Supreme Court had invalidated the tax subsidies, “it will be nothing short of a disaster” for the community, Baker predicted earlier this week.

More than ever, it’s worth celebrating how far healthcare access has come for the LGBT community. As Baker points out, expanded access is about more than just health when it comes to LGBT people.

“It’s a civil rights issue,” he explains. “In states without non-discrimination policies, the Affordable Care Act is your non-discrimination protection. It means LGBT people can’t be treated badly in health insurance and healthcare, which is central to people’s lives.”

How does the ACA provide protections for LGBT Americans? Well, for one thing, nobody can be denied preventive coverage because of sexual orientation, gender identity or gender expression, which are historic new protections.

Every health plan must cover 10 essential health benefits such as prescription medications, emergency room visits and preventive services, to which everyone is entitled. Lifetime and annual caps on coverage are now also prohibited – which is good news for everyone, but especially people living with HIV. What’s more, people can no longer be denied coverage due to a pre-existing condition like cancer or HIV.

In addition, insurance companies can’t deny transgender people free preventive services, regardless of their sex assigned at birth, gender identity or recorded gender. And all legally married same-sex couples can enroll in a plan through the marketplace, even if they live in a state that doesn’t recognize same-sex marriage.

One area where there’s more progress to be made is protecting transgender people from discrimination in healthcare, because even plans that are sold through the Marketplace may still have exclusionary language that says transgender people aren’t covered. Although this is technically forbidden under the ACA, it can still happen – in part because of a lack of understanding about what the healthcare needs of transgender people are, Baker says.

“There are a lot of ways to describe how to treat transgender people in terms of health coverage and healthcare,” he explains. “We’ve made progress in terms of being transgender no longer being considered a pre-existing condition, and some states and large corporations are leading the way on being more responsive to the healthcare needs of transgender people, so I feel confident there will be a movement in this direction.”

He adds that some of the existing exclusions are nothing more than “inertia” on the part of insurance companies. “They’re used to being able to discriminate against transgender people,” Baker says. “It takes time.”

Consider the example of Medicare, which for 33 years excluded gender reassignment surgery for transgender people. But last year, based on current medical evidence, that exclusion was dropped. “It’s my hope and my belief that where Medicare goes, so will a lot of the private industry,” Baker says.

An area of focus in this regard is ACA Section 1557, which includes non-discrimination protections for LGBT people. Advocates are working with the U.S. Department of Health and Human Services to make sure Section 1557 leaves no doubt about the need to fully protect transgender people from discrimination in care and coverage.

Driving awareness of enrollment and equality

Even with U.S. Supreme Court’s decision to uphold the legality of subsidies, there’s an ongoing need to educate LGBT people about their eligibility for coverage.

“One of the biggest things we’ve heard from LGBT folks is that they don’t know the law applies to us,” Baker says. “We want people to know that the ACA treats us and our families fairly.”

This is important to remember when the next open enrollment period comes around this fall – but many major life events qualify people to enroll year-round. These life events include moving to another area, a change in income, having or adopting a baby, or losing current insurance. More information is available about special enrollment periods and how the ACA benefits the LGBT community at Out2Enroll.

Baker underscores the importance of the ACA – and healthcare – as part of the LGBT community’s pursuit of full equality.

“Healthcare is an LGBT equality issue, and it’s central to lived equality, which looks at the way policies translate into better lives for LGBT people in the day-to-day,” he says. “You can’t enjoy any of the other rights we’re fighting for unless you’re healthy.”