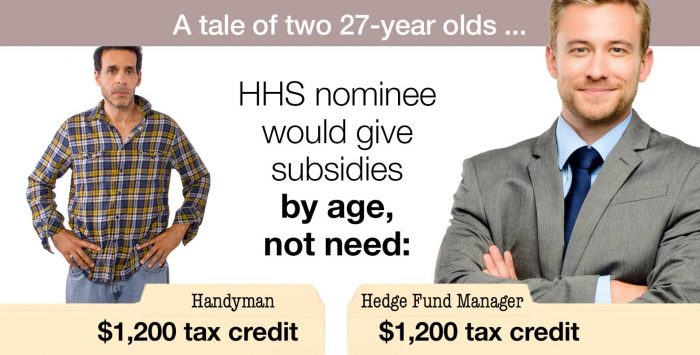 While campaigning for president, Donald Trump promised to repeal the Affordable Care Act and replace it with “something terrific.” As it turns out, Tom Price, Trump’s nominee for Secretary of the Department of Health and Human Services, is the author of an ACA replacement bill that would cover a far smaller percentage of the average ACA beneficiary’s healthcare costs than the ACA does. At the same time, it would offer significant help to those left out in the cold by the ACA – that is, more affluent (but often by no means wealthy) shoppers in the individual market for health insurance who don’t qualify for ACA subsidies.

Price’s Empowering Patients First Act, (let’s call it EPFA), introduced in 2015, is a bare-bones version of “premium support,” in which the government gives beneficiaries a fixed-sum tax credit and sends them to shop in a deregulated marketplace. The subsidies are skimpy, and not adjusted by income – that is, they are the same whether your income is $17,000 per year or $17 million. They are higher for older buyers – but the bill also repeals an ACA provision limiting the degree to which insurers can charge older buyers more than younger ones to a maximum of 3-to-1, the effect of which would likely be to restore the pre-ACA industry standard of 5-to-1. The bump-up for older buyers covers only a small fraction of huge age-related premium differentials.

The tax credits are as follows:

A tale of two subsidies

Let’s look at how the ACA and EPFA would play out for a 27-year-old and a 58-year-old at a low income level, using Miami as a sample market. At an income of $17,000, the benchmark Silver plan premium costs a single person $52 per month ($624 per year), regardless of age. Its deductible is $575, as is the out-of-pocket maximum spending for the enrollee. Those levels are so low because for low-income enrollees, Cost Sharing Reduction (CSR) subsidies dramatically reduce out-of-pocket costs if the enrollee selects a Silver plan.

Under Price’s EPFA, the 27-year-old would get a $1,200 yearly credit. A much cheaper plan would be available, with much skimpier coverage, rendered still cheaper by increased “age-banding,” which reduces costs for young buyers and raises them for older ones. The cheapest plan in Miami in the ACA marketplace – a Bronze plan with a deductible of $6,650 – has an unsubsidized annual premium of $2,724. Widening the age-banding to 5-to-1 might knock off a bit less than $1,000, but would add as much again to the 58-year-old’s premium, which would come in at about $7,500 for the year. The EPFA subsidy would cover 40 percent of that.

While that’s a significant break for someone who earns too much to qualify for any ACA subsidy, it would leave coverage unaffordable for the bulk of current enrollees. For low-income ACA marketplace enrollees, Bronze plan deductibles are typically ten times as high as those for CSR-enhanced Silver. And again, coverage in Price’s marketplace would probably be even skimpier than in ACA Bronze plans, which have an actuarial value of 60 percent – that is, they’re designed to cover 60 percent of the average user’s yearly costs. 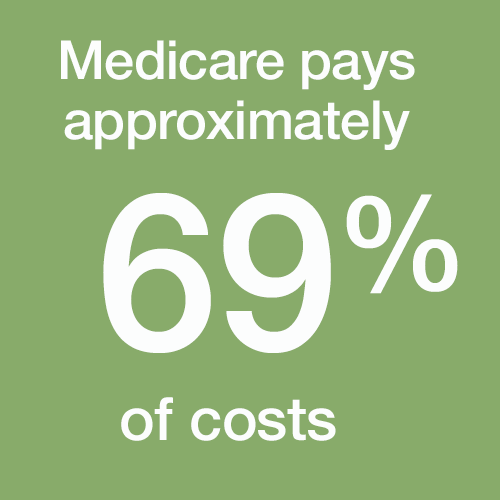 In Medicare, for almost all beneficiaries, the federal government pays about 85 percent of the premiums for insurance that covers a bit more than 80 percent of the average user’s medical costs. That’s what traditional Medicare does right now, via Parts A, B and D, for all but the top 5 percent of earners (those whose incomes are above $85,000 for a single person or $170,000 for a couple). Enrollees in private Medicare Advantage plans get a comparable subsidy.

If we estimate the actuarial value of Medicare Parts A, B and D at 81 percent*, the government’s total cost share for most beneficiaries averages 69 percent (85 percent of the premium for AV 81% coverage). 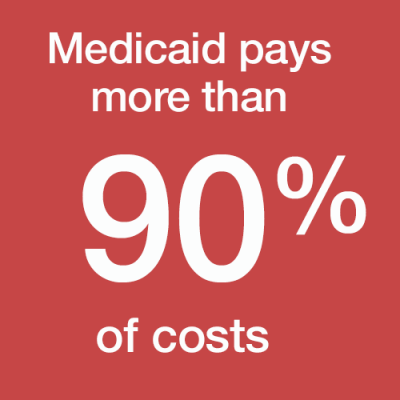 The ACA expanded eligibility for Medicaid to adults with incomes up to 138 percent of the federal poverty level (FPL). Since enactment, Medicaid enrollment has increased by about 16 million, of whom about 12 million were made newly eligible by the ACA. Medicaid beneficiaries generally pay no premium at all for their coverage, though some of the more conservative states that accepted the expansion have imposed small ones. (The Supreme Court made the expansion optional for states in 2012.) 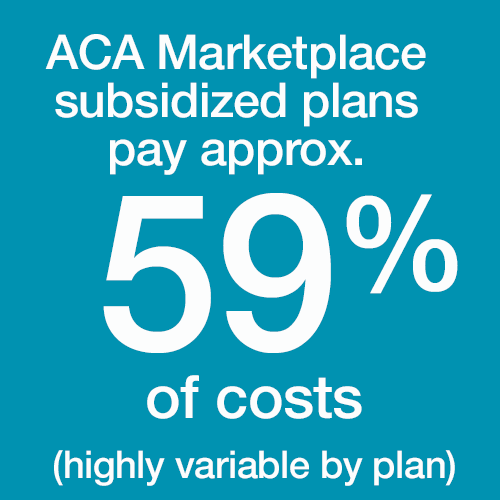 In the ACA marketplace, 84 percent of enrollees receive premium subsidies. For 8.8 million current subsidized enrollees, subsidies cover an average of 73 percent of the premium. The actuarial value of plans obtained varies according to the metal level (Bronze, Silver, Gold or Platinum) an enrollee selects. AV also varies according to income for most enrollees, as most qualify for income-adjusted Cost Sharing Reduction (CSR) subsidies, available only with Silver plans. For subsidized enrollees, the average weighted AV is 81 percent, close to that of Medicare.

On average, then, the government’s total care share for subsidy-eligible marketplace enrollees is 59 percent – that is, the premium subsidy covers 73 percent of the cost of AV 81% coverage. That average encompasses wide variation, ranging from over 90 percent for the lowest-income enrollees to close to zero for the barely subsidy-eligible (and zero for the subsidy-ineligible, who currently make up 16 percent of marketplace enrollment). 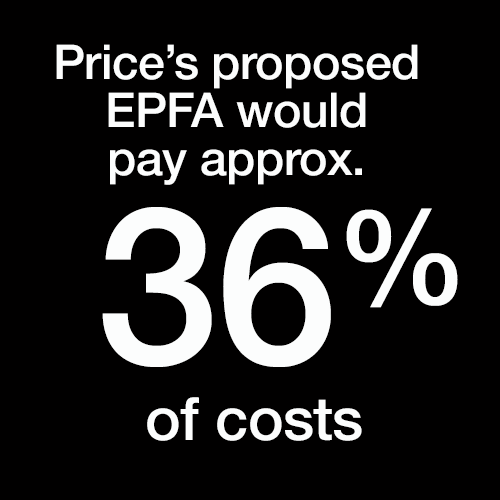 How does Price’s EPFA compare? On average, the EPFA subsidies would cover about 40 percent of the premium for a benchmark Silver plan in the ACA marketplace in each age group. (See box at bottom**.) But the EPFA would allow and indeed encourage sale of plans with considerably lower actuarial value than the benchmark ACA plans. Let’s posit, then, that on average, the subsidy would cover 60 percent of the premium of those lower-value plans.

In fairness, that subsidy would also be available to the roughly 9 million people who currently buy their own health insurance but do not qualify for ACA subsidies – usually because they earn too much, but sometimes because an employer’s offer of insurance disqualifies them.

In fact, the Price subsidy could be a welcome addition to the ACA if it were grafted onto the current subsidy structure as a kind of alternative minimum subsidy, available perhaps to shoppers with incomes up to, say, 600 percent FPL. At present, ACA premium subsidies phase out at as little as 250 percent FPL for some younger shoppers and leave many people above that income level (and a fair number below) feeling that coverage remains unaffordable. The law would be more successful if it did more for people near the middle of the national income distribution. That’s why Hillary Clinton proposed capping premiums for all shoppers in the individual market at 8.5 percent of income.

As a standalone replacement for the ACA, however, Price’s plan would render coverage unaffordable for the vast majority of the 20-plus million people who have gained insurance through the ACA.

* A note on the Medicare actuarial value estimate

Medicare Parts A and B have an actuarial value (AV) of 84 percent, according to a 2014 analysis published by the Society of Actuaries – meaning that Parts A and B combined cover 84 percent of the average user’s hospital and physician costs. Part D covers a lower percentage of prescription drug costs, starting with 75 percent of costs up to $3,700 after a $400 deductible in a standard plan. As drug costs represent about 17 percent of total costs for the average Medicare beneficiary, I’m assuming that Part D modestly reduces the overall AV of traditional Medicare, leaving it over 80 percent.

** A note on the EPFA subsidy calculation

The Kaiser Family Foundation’s subsidy calculator for the ACA marketplace shows premiums for the benchmark Silver plan for every age and income level in every county in the country – as well as a national average for each age/income. The box below sets the Price plan’s age-adjusted subsidy schedule next to the average premium for a benchmark Silver plan in the ACA marketplace at the midpoint of each age group.