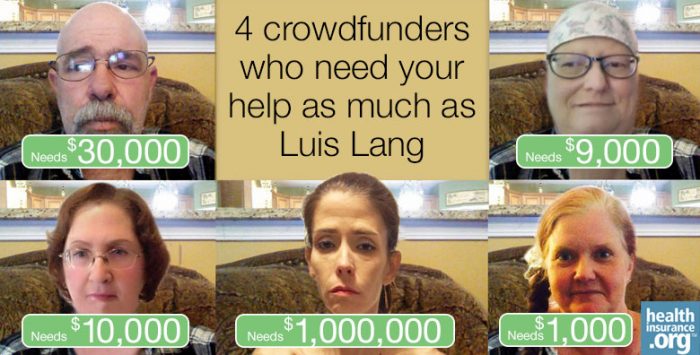 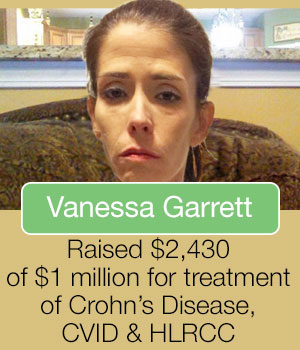 Thirty-seven-year-old Vanessa Garrett is exactly the sort of person the ACA was designed to help. She’s battled a severe case of Crohn’s disease for the last decade, along with CVID (common variable immune deficiency) and HLRCC (hereditary leiomyomatosis and renal cell cancer), the latter of which resulted in a nephrectomy for renal cell cancer.

Garrett is 5’10” and although she was once a healthy 145 pounds, her weight dropped to 93 pounds earlier this year. She’s in chronic pain, unable to work, and has to live with her parents.

She lost her health insurance several years ago when she changed jobs, and couldn’t purchase coverage on her own because of her pre-existing conditions. But Obamacare fixed that, right?

Well, it tried. But Garrett lives in Florida, and Florida’s leadership has resisted Obamacare at every turn. When the Supreme Court ruled that states could opt out of the ACA’s Medicaid expansion, Florida took them up on that. Garrett should be eligible for Medicaid because she’s too sick to work and has no income. But instead she’s in the coverage gap, with no realistic access to health coverage.

Garrett resorted to GoFundMe in an effort to cover the cost of the treatments that could make her well. She’s raised a little over $2,400 in three months, but that doesn’t go very far when the medications she needs are $8,000 per month. 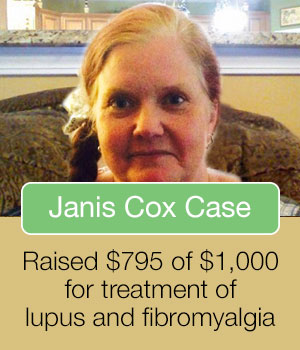 also lives in Florida. She has lupus, and fibromyalgia so painful she’s sometimes confined to bed. She can’t work as a result of her illness, so her family of three lives on about $1,000 a month. If she lived in another state, she’d be eligible for Medicaid and able to get the healthcare she needs. But instead, she has to hope that strangers will be kind enough to cover her medical bills.

Garrett and Case are essentially in the same boat with Luis Lang, who’s also in the coverage gap in South Carolina. But Lang’s GoFundMe appeal went viral last week, largely because he’s controversial: he rejected Obamacare, missed open enrollment, and then – faced with huge medical bills – he crowdfunded for help. (His saga continues – and that’s great for his crowdfunding goal.)

Millions of other Americans are in similar – or worse – predicaments, often through no fault of their own, and their financial struggles are ongoing.

For people with ACA-compliant health insurance, the good news is that out-of-pocket expenses are now capped at $6,600 for an individual, and $13,200 for a family. But those costs can still be insurmountable to families living paycheck to paycheck. Nearly half of American households don’t save any of their income. Even for people with health insurance, paying for care is a growing struggle. Are we willing to stand by and watch people endure debilitating medical conditions simply because they don’t have any savings? 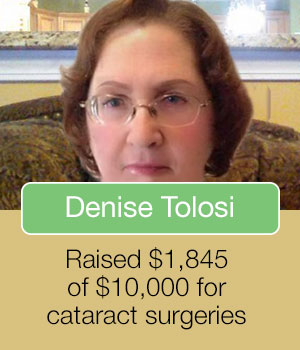 . She can’t drive anymore, and her husband, Frank, reports that she’s close to losing her job because of her failing eyesight. Frank told me they pay $170 a week for health insurance through his employer, but they can’t afford the $6,600 in out-of-pocket costs for the surgeries Denise needs.

The first surgery has been completed; the hospital told them it would cost about $2,000, but they ended up with a bill for $2,823 that must be paid in full before Denise can have the two remaining surgeries she needs. Denise is going blind because she and her husband can’t afford cataract surgery. 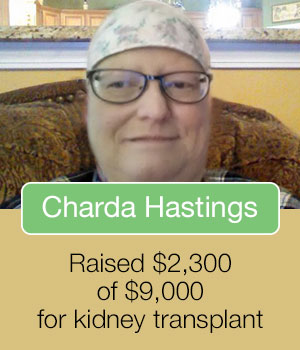 has hereditary polycystic kidney and liver disease (PKD), and has been on dialysis for a decade. She’s wheelchair-bound, and lost part of a foot and several fingers following a staph infection. Fortunately for Hastings, she has Medicare because of her kidney failure, and it will cover the cost of a kidney transplant that will greatly improve her quality of life.

But the hospital requires her to have three weeks of round-the-clock care following the transplant, and her GoFundMe account is an effort to pay for that care (Medicare covers skilled nursing care following a hospital stay, but not custodial care). Her attitude is remarkably positive given her circumstances.

These are just a few of the 110,000 GoFundMe pages that have been created to help people who are in dire straits at the intersection of health and finances. Their situations are ample proof that regardless of what elected officials might say, we don’t all have access to healthcare in the United States.

A great number of Americans are falling through the cracks in our healthcare system, and they deserve better than having to resort to crowdfunding.