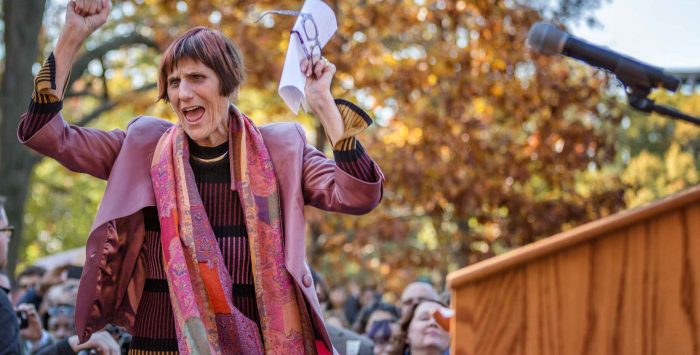 It’s been a good bet for some time that Democratic presidential candidates will converge on some kind of Medicare buy-in plan as the next step in the quest for universal coverage. As several observers have noted (1, 2, 3) , that convergence seems to have started suddenly in the last couple of weeks.

Beto O’Rourke has started talking up Medicare for America, the most sweeping of the Medicare buy-in bills. Elizabeth Warren, asked whether Medicare for All would be better for workers than good employer-based coverage, name-checked almost every Medicare and Medicaid buy-in proposal out there, suggesting the party will feel its way among them toward universal coverage. Kirsten Gillibrand touted allowing anyone to buy into Medicare at perhaps “4 to 5 percent of income” and predicted that private insurance would then swiftly die on the vine. And Pete Buttigieg alluded to letting everyone buy into Medicare while suggesting that private insurance would remain a part of Medicare in any transition.

Among the Medicare buy-in bills introduced by Democrats since fall 2017, only one* – the Medicare for America Act introduced last December by Rep. Rosa DeLauro (CT-03) and Rep. Jan Schakowsky (IL-09) – lets any individual buy into Medicare on a subsidized basis – unless the unsubsidized premium costs less than about 10 percent of the applicant’s income. While allowing a role for private insurance, Medicare for America opens the sluice gate to a primarily public insurance landscape by enabling both employers and employees to buy into the public plan, with employees eligible for income-based subsidies even if their employers offer affordable, adequate insurance.**

Everyone understands ‘for anyone’

Paul Waldman identifies this as the core idea that will draw Dem candidates “like iron filings to a magnet”: a strong public option that’s available and affordable to anyone who wants it. It has the supreme benefit of simplicity:

… it’s easy to explain. I cannot stress enough how important this is. The ACA was an absolute nightmare to explain to people, which left it vulnerable to all the demagoguery and lies Republicans could muster. Like Medicare-for-all, Medicare For Anyone is just three words, and it requires no explanation at all. You know what Medicare is, right? It’s the program your grandmother is on, the one she loves. Now anyone can join. That’s it.

That simple idea is at the heart of Medicare for America. But it’s a mistake at this point, I think, to frame Democratic candidates’ current healthcare positions or choices as a choice between Medicare for America and Medicare for All. As Waldman rightly points out, “a public option or a Medicare buy-in or Medicare For Anyone could encompass a wide variety of plans, some more sweeping than others, depending on how it’s designed.” And Medicare for America is very sweeping. It does a good deal more than allow anyone to buy in. The bill would also

That is a comprehensive and laudable array of services. It’s also a gargantuan fiscal, administrative and political lift, appearing moderate only in comparison with Bernie Sanders’ and Pramila Jayapal’s Big Rock Candy Mountain ‘Medicare for All’ bills, which promise uniform comprehensive coverage to all with no out-of-pocket costs and no preservation of employer or Medicare Advantage-like private insurance. Candidates have been backing away from Medicare for All, perhaps because polling indicates a collapse in support when survey respondents are told that the bills would require most people to pay more in taxes and would eliminate private insurance.

There are compelling reasons to include all the major provisions in Medicare for America. Folding in Medicaid is worthwhile so that

Long-term care is perhaps the most dysfunctional part of a dysfunctional healthcare system. At present, almost the only sources of LTC funding are extreme private wealth or bankruptcy-into-Medicaid. Maintaining current Medicare’s disjointed parts and coverages seems illogical when a streamlined new national benefit is being created.

Yes, the GOP will attack a buy-in.

It’s often argued that the ACA’s attempt to cater to Republican sensibilities by establishing a competitive private market backfired because a private market was vulnerable to Republican sabotage, as private companies were free to bail out of the market. Conversely, though, a multi-pronged transformation of the entire healthcare system – ending Medicaid, radically reshaping existing Medicare, fully funding long term care in addition to establishing a new program designed to serve probably well more than half of all Americans – would offer multiple avenues of attack.

A coalition of major healthcare industry trade groups, the so-called Partnership for America’s Health Care Future, has already declared war on any expansion of public health insurance at the expense of private, training early fire on the relatively moderate Medicare-X Choice Act, which creates a public option within the ACA marketplace structure without improving subsidies or expanding subsidy eligibility.

David Anderson has spotlighted the challenges Democrats will face, should they gain the presidency and both houses of Congress (with a presumably razor thin Senate majority), in prioritizing among a huge list of agenda items demanding Senate floor time in particular. The challenge also applies to implementation – administrative and political bandwidth while under full-scale Republican and industry assault. That may be why Elizabeth Warren, who has floated the most comprehensive and sweeping set of economic and social welfare proposals among the candidates, is so far sketching out a very provisional incrementalism on the healthcare front.

How much should Democrats bite off?

Perhaps it’s pusillanimous to balk at healthcare system transformation because of the certain all-out opposition of all major segments of the healthcare industry, not to say the Republican party and Fox News. But the question remains how much to bite off. The beating heart of Medicare for America, the transformative engine, is employer/employee buy-in to a strong public option, paying Medicare-plus rates and accepted by virtually all providers.

Whether that public option drains out a quarter of the employer-sponsored insurance market, half of it, or all of it, it renders public insurance – and public insurance payment rates – dominant. Candidates who embrace that core element – which harks back to the earliest iterations of the public option concept – may opt to carve it out of the near-total system transformation mandated in Medicare for America. Or they may not. Each candidate needs to think hard about how much mandated transformation within a decade or less they think the system can bear.

* The Choose Medicare Act, introduced by Senators Jeff Merkley and Chris Murphy last April, injects a public option into the ACA marketplace while raising the benchmark plan level from silver to gold. Employers can buy into the public plan, but if the employer instead opts to continue offering compliant commercial insurance, its employees cannot access subsidies if they buy into the public plan on their own.

The Medicare-X Choice Act of 2017, introduced by Senators Bennet, Kaine, and Feinstein, also creates a public option within the ACA framework, with a buy-in for small employers. It too does not make subsidies available to people with an affordable offer of insurance from their employer.