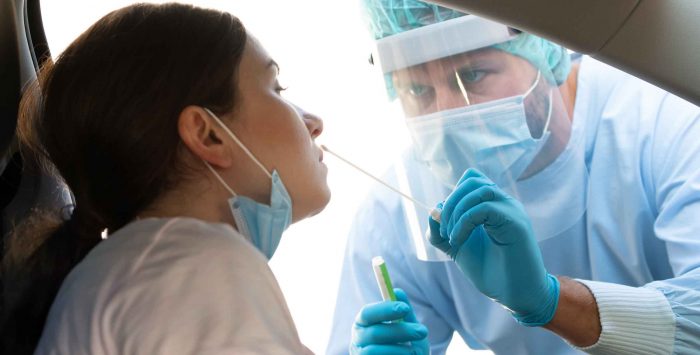 HHS has extended the COVID-19 public health emergency through mid-April. For the duration of the emergency period, for example, most health insurance plans must cover the cost of COVID testing and vaccines without cost-sharing. | Image: Alexander Raths / stock.adobe.com

Open enrollment for individual/family health plans ended a month ago in most of the country, but it’s still underway in ten states and Washington, DC.

In five of those states, there are only a few days left. Open enrollment ends this Friday, January 15, in five states:

As of January 12, confirmed enrollment in individual market plans via the exchanges stood at 11.5 million, according to Charles Gaba of ACA Signups. And open enrollment is still ongoing in ten states and Washington, DC (plus a special enrollment period for uninsured Maryland residents). What’s more, four states – Idaho, New York, Rhode Island, and Vermont – haven’t yet reported any of their enrollment data for 2021 plans.

Last year, when all was said and done, enrollment reached 11.4 million, so it’s already surpassed the 2020 total – the first time since 2016 that year-over-year enrollment has grown during the open enrollment period. Once open enrollment closes in all states and final data are reported, Gaba projects that this year’s enrollment will exceed 12 million.

For the duration of the emergency period, for example, most health insurance plans must cover the cost of COVID testing and vaccines without cost-sharing. States will continue to receive additional federal matching funds for Medicaid through June 2021, and cannot disenroll people from their Medicaid programs during the COVID emergency period, unless the person moves out of state or requests a coverage termination. The public health emergency also expands access to telehealth and reduces reporting burdens for hospitals.

In November 2019, Tennessee submitted a waiver proposal to CMS, seeking approval to transition to a block grant funding approach for the state’s Medicaid program. Last week the Trump administration announced that the state’s proposal had been approved for 10 years, with the extended timeframe intended to “reduce administrative burden and allow the state sufficient time to evaluate its innovative approach.” Instead of the open-ended matching system that the federal government uses with the rest of the states, Tennessee will have an annual spending cap, which can grow if enrollment grows, but which will not adjust to keep up with increasing healthcare spending.

In its approval letter, the Trump administration repeatedly touts the flexibility that the block grant waiver will provide for Tennessee. But block grants for Medicaid funding have been widely panned by public health experts, and are strongly opposed by leading patient advocacy groups due to the potential for reduced benefits, increased costs for enrollees, reductions in payments to providers, and state budget shortfalls.

Although the incoming Biden administration can make changes to 1115 waivers via a review process, Margo Sanger-Katz reported last week that CMS has sent letters to all 45 states that have active waivers, asking them to sign contracts that would make it harder for a new administration to terminate waivers “on a political whim.”

The hospital price transparency rule that CMS finalized in late 2019 took effect on January 1. It requires hospitals to “provide clear, accessible pricing information online” for 300 “shoppable” services, in both machine-readable and consumer-friendly formats. And the pricing information has to include payer-specific negotiated rates, which is much more useful than hospital “chargemaster” rates that don’t really reflect the amounts that payers and consumers actually pay.

There is widespread anecdotal evidence that compliance is spotty thus far (and the maximum annual penalty for non-compliance would only amount to about $100,000, which is equal to about four hospital admissions), but CMS is currently conducting an audit of some hospitals to determine whether they’re in compliance with the new rule. Hospital compliance is expected to ramp up in the coming weeks, but a lot remains to be seen in terms of how much impact the transparency rules will actually have on consumer decision-making.

Legislation in Minnesota would expand MinnesotaCare, create a public option

HF11, sponsored by Rep. Jennifer Shultz (DFL, District 7A), was introduced in Minnesota last week, calling for various changes to the MinnesotaCare program that would allow more people to enroll. MinnesotaCare is a Basic Health Program, which provides coverage to people who aren’t eligible for Medicaid and who have household incomes of up to 200 percent of the poverty level.

Rep. Shultz published an op-ed in the Minnesota Reformer last week, outlining her goals for health care reform and the incremental steps that Minnesota could take to make coverage and care more accessible and affordable in the state.

(A companion bill, S.F.1029, has since been introduced in the Minnesota Senate).

The Utah Insurance Department has proposed new minimum standards for short-term health insurance coverage, including a benefit cap of at least $1 million, copayments/coinsurance that can’t exceed 50 percent of covered charges, and various inpatient and outpatient services that would have to be covered. But the three benefit categories that are most commonly excluded on short-term plans – outpatient prescription drugs, mental health care, and maternity care – are not among the mandated benefits that the Department has proposed. The Department is accepting public comments on the proposal until March 3.