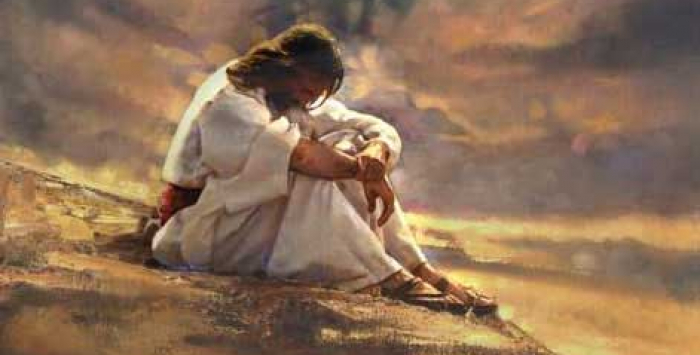 On Monday night, the Republican debate touched on a familiar topic … health reform … but in doing so, apparently touched a raw nerve.

As the debate was wrapping up, Moderator Wolf Blitzer asked Congressman Ron Paul a hypothetical question about a 30-year-old young man who opts not to pay for health insurance because he’s healthy. “Who’s going to pay if he goes into a coma, for example? Who pays for that?” Blitzer asked.

In response, Candidate Paul stated, “That’s what freedom is all about, taking your own risks. This whole idea that you have to prepare and take care of everybody …”

Before he could finish his sentence, Blitzer interrupted Paul: “But Congressman, are you saying that society should just let him die?”

Immediately, someone from the audience shouted, “Yeah!”

I was stunned by the outburst, but even more stunned that other members of the audience then began clapping and laughing. It was a tough moment to watch.

I drew some relief as Rep. Paul went on to clarify that he didn’t believe that the uninsured man should be allowed to die. When pressed by Blitzer, Paul said it shouldn’t be the job of government to keep the uninsured man alive.

“We’ve given up on this whole concept that we might take care of ourselves and assume responsibility for ourselves. Our neighbors, our friends, our churches would do it,” Paul said.

Ok. I felt better knowing that Paul at least believes that someone should step in to save those who, for whatever reason, don’t have health coverage.

Do the uninsured get what they deserve?

Still, I was disturbed by the response of audience members who cheered Paul’s response. Could they really be cheering the idea that someone who had taken a risk (by not being insured for whatever reason) should essentially get what he deserved (or in this case not get what he didn’t deserve)?

I’d like to think that the answer is an obvious, “Of course not.” As Americans, I dearly hope we’re better than that. Can we seriously believe that failing to pay a health insurance premium is a crime that merits a punishment by financial disaster … or worse … medical catastrophe?

How did we get to this point … where an audience at a Presidential debate feels comfortable laughing about the fate of a man who represents the millions of uninsured? There are now 50 million Americans who lack health insurance, according to new Census numbers … ordinary Americans who face financial disaster or worse because they’re uninsured for whatever reason.

I hear often that we live in a country guided by Christian ideals. But I attended private school, and based on everything I learned there about Jesus Christ, I would never expect to hear him say that someone in a life-threatening situation should suffer … or die … because he failed to pay insurance premiums.

Can you imagine Jesus telling the parable of the Good Samaritan and ending it like this:

“After the priest and the Levite had decided to pass by the injured traveler, the Samaritan arrived on the scene. He thought deeply about helping the traveler, then leaned close to the injured traveler and asked, ‘Have you put aside money in anticipation of this kind of medical emergency so that I can expect to be reimbursed if I render aid to you?’

When the traveler replied, ‘No,’ the Samaritan immediately abandoned the injured traveler, telling himself as he moved on that the traveler had brought this medical disaster upon himself.”

Perhaps Monday’s outburst was merely meant to fuel a fiery debate or create headlines. But even if it was nothing more than the rudeness that’s become so common in political events, this still may be a good time for Americans to ask themselves a few questions:

And finally, in a nation where we have for hundreds of years said in our churches, “Do unto others” and “Love thy neighbor as thyself” and every variation of both loving admonitions …

What would Jesus do … or not do … for the uninsured?