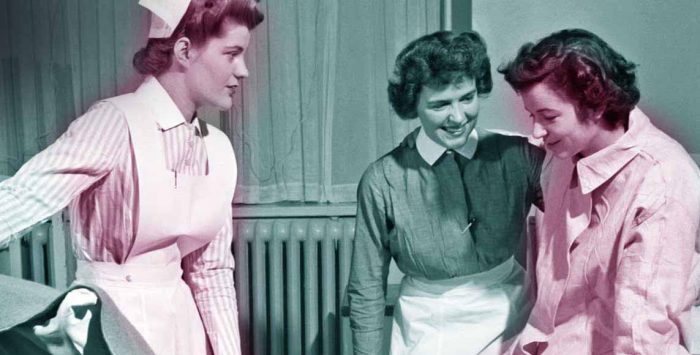 Insurance has been a part of American life since revolutionary times, but it wasn’t until the early 1900s that insurance gained wide acceptance as a means of helping people protect themselves from illness and injury.

The need for health insurance emerged in the 1920s, fueled by increasing costs of hospital care. Those costs, driven by significant investments in facilities, equipment and physician training, drove up medical bills for patients and at the same time ballooned the budgets of hospitals, which began exploring funding mechanisms.

Baylor Hospital, in Dallas, Texas, introduced the first pre-paid hospital insurance in 1929, offering to provide medical services to a group of Texas teachers for a premium of 50 cents a month. The plan worked on the principle of paying for the costs of care for a small group of sick individuals by spreading them out over a much larger pool. The concept caught on, and by the late 1930s, nearly 3 million Americans were enrolled in “Blue Cross” hospital plans.

It wasn’t long before commercial – or private – insurers extended the health plan to large workplaces, which began using the health benefits as a way to draw and retain employees. (The U.S. government boosted the popularity of those benefits by making them exempt from income tax.)

Nearly a century later, private health insurance continues to dominate the U.S. health care landscape. Despite attempts by U.S. Presidents, including Harry S. Truman, John F. Kennedy and Bill Clinton, government-sponsored universal health care never materialized. And, although President Lyndon Johnson signed Medicare into law in the 1960s to provide a safety net for citizens over age 65, the majority of Americans under 65 continue to get their health care from private insurers.

Employer-sponsored health coverage continues to dominate the ranks of the insured, with approximately 60 percent of non-elderly Americans receiving insurance provided as a benefit of employment. Another 5 percent of the non-elderly group buy coverage outside of the workplace on the individual health insurance market.

For those who don’t have access to employer-sponsored plans, coverage on the individual market is an option. This market has changed dramatically as a result of the Affordable Care Act – also known as Obamacare. Prior to 2014, in most states, individual coverage was medically underwritten, which meant that coverage was only available for purchase if the applicant was at least fairly healthy, as the insurance companies would closely scrutinize your complete medical history when you applied. Coverage in the individual market was typically not as robust as employer-sponsored health insurance; maternity care, prescription drugs, and mental health care were often missing from the coverage. And people who purchased individual market coverage prior to 2014 had to pay the whole premium themselves.

But the ACA changed all that. Medical underwriting is no longer used, although applicants can now only enroll during open enrollment or a special enrollment period triggered by a qualifying event (similar to how enrollment works for employer-sponsored plans). Essential health benefits are now covered on all new individual major medical plans in every state. And millions of people are receiving premium subsidies that cover the majority of their premiums for plans purchased in each state’s health insurance exchange (the ACA’s consumer protection reforms apply to plans sold outside the exchanges as well, but the subsidies are only available in the exchange). The ACA also limits the percentage of premiums that insurers can use for administrative costs, including profits and executives’ salaries; insurers have refunded billions of dollars to consumers as a result of the new rules.