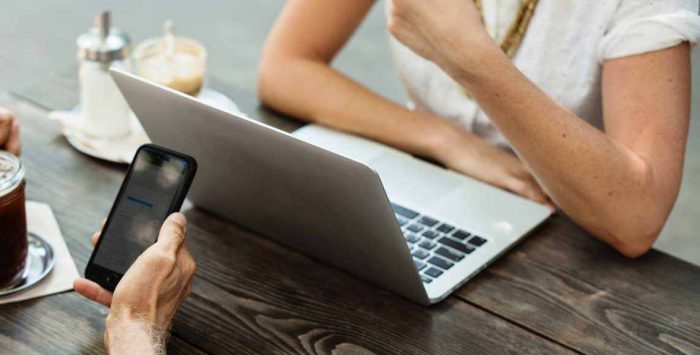 First, the employer typically takes responsibility for a significant portion of the health care expenses. A recent Kaiser Family Foundation survey of employers found that in 2020, premiums for employer-sponsored health insurance averaged $21,342 for a year for family coverage. But employees paid only a little more than a quarter of that – or about $5,588 – from their paychecks. The employers covered nearly 74% of total family health insurance premiums.

And the premiums – including the portion paid by the employer and the portion paid by the employee – are paid with pre-tax funds, so they’re not counted as taxable compensation. This is a significant benefit to group health insurance, and contrasts sharply with the tax deductibility of individual health insurance (the kind you buy on your own), which depends on various factors, including whether you’re self-employed and how much you spend in total medical costs during the year.

While cost is appealing, enrollment in group health plans is also relatively easy. When you’re hired, at the end of your initial waiting period – or during the annual open enrollment period your employer offers – you’ll be given information pertaining to the plan or plans available to you, and instructions on how to enroll (assuming you’re eligible for your employer’s plan).

The process is generally straightforward, although if your employer offers multiple plan choices, it can be challenging to determine which one will give you the best value.

Small-group health plans have been guaranteed issue under HIPAA since the 1990s, meaning that insurance companies could not decline an employer’s application for coverage, regardless of the group’s medical history or type of business. And as of 2012, there were 14 states that allowed self-employed individuals to be considered a “group of one” in order to be eligible for guaranteed-issue small-group coverage.

But HIPAA did not prohibit insurers from adjusting premiums based on the group’s medical history or industry type. And although 12 states had implemented some degree of community rating in their small-group markets by 2012, most states just used rating bands, which meant that small groups with pre-existing medical conditions or high-risk jobs could be charged premiums that were a pre-determined percentage higher than the standard rates.

The ACA — otherwise known as Obamacare — changed all that. Small-group premiums can only vary based on age (with a maximum 3:1 ratio for older adults compared with younger adults), family size, geographical location, and tobacco use. These same rules apply in the individual market.

All new small-group plans must also cover the ACA’s essential health benefits, and must conform to metal level classifications based on actuarial value. Out-of-pocket costs for in-network care must be capped at no more than $8,550 for an individual employee ($17,100 for family coverage) in 2021, and young adults must be allowed to remain on a parent’s policy until age 26.

And insurers can no longer impose minimum-participation requirements for large groups, which used to be an obstacle for some employers. If a large employer applies for coverage, the insurer must accept their application. But large employers are also more likely to self-insure: for employers with 200 or more employees, 84% were self-insured in 2020.

Under the ACA, all employers with 50 or more full-time equivalent employees are required to offer affordable health insurance that provides minimum value to their full-time (30+ hours per week) employees. The vast majority of large employers already offered coverage prior to the ACA, but the ACA imposes a tax penalty on large employers who don’t offer coverage if they have employees who end up getting subsidized coverage in the exchange instead. And the law includes more regulations in terms of how much employees can be required to pay for their coverage, and how robust the coverage must be (ie, the affordability and minimum value standards, which didn’t exist prior to the ACA).

There is no requirement under the ACA for small employers (fewer than 50 full-time equivalent employees) to offer health insurance. Many choose to do so in order to have a competitive benefits package, but the ACA does not penalize them if they choose not to offer coverage.

An array of options

Because large groups can use their size to negotiate better benefits, employer-sponsored plans typically are able to include a range of plan options. In addition to an HMO or PPO health plan, employees may have the option to purchase coverage for dental and vision care, as well as life insurance, and short- and long-term disability insurance.

The uninsured rate in the U.S. declined significantly once the ACA was implemented. And although it inched up a bit during the Trump administration, the COVID pandemic, Medicaid expansion, and the American Rescue Plan‘s health insurance provisions have all combined to increase the number of people with health coverage. The ACA has made coverage more affordable and accessible than it was prior to 2014, and group health insurance remains the single largest source of coverage for Americans, even after accounting for the widespread job losses that have occurred during the COVID pandemic.

Unfortunately, this is true even if you’re caught in what’s known as the ACA’s family glitch. (If coverage is affordable for the employee, but not for family members who are eligible to be added to the group plan, all of them are prevented from receiving subsidies in the exchange.)

What happens if you lose your job?

Prior to the ACA, COBRA was often the only realistic choice for employees who left their job and had pre-existing health conditions. The Congressional Omnibus Budget Reconciliation Act of 1985 allows ex-workers and dependents to continue to purchase health coverage through the employer-sponsored plan for a defined period (usually 18 months, but 36 months of coverage is available in some circumstances) after they leave their employers.

For employees who didn’t have pre-existing conditions, the individual market was generally the logical place to turn when they no longer had access to a group plan, as individual health insurance was much less expensive than COBRA in most states. That was because nearly every state allowed medical underwriting to be used in the individual market, which meant that only relatively healthy people could obtain coverage.

But the ACA changed all that. All individual-market plans issued since January 2014 are guaranteed issue, and rates can only be adjusted based on age (with a 3:1 ratio for adults), family size, geographical area, and tobacco use. Pre-existing conditions are no longer an obstacle to enrollment in the individual market. And although individual market coverage is limited to set enrollment periods, loss of other coverage counts as a qualifying event that triggers a special enrollment period, regardless of when it happens during the year.

Furthermore, the ACA also provides income-based subsidies to keep premiums affordable (these subsidies have been made more robust for 2021 and 2022, under the American Rescue Plan), and cost-sharing subsidies to reduce the burden of out-of-pocket costs for those with income up to 250% of the poverty level.

Although COBRA is still around, it’s not as essential as it was prior to the ACA. It’s still certainly valued by former employees who need to keep their previous provider network, for example, but it no longer has to be the default option for people who have pre-existing conditions. And COBRA has to be fully-funded by the ex-employee, whereas the ACA’s premium subsidies offset a significant portion of individual market premiums for 86% of the people who enrolled in the ACA’s exchanges during the open enrollment period for 2021 coverage.

(Note that the American Rescue Plan provides a full COBRA subsidy through the end of September 2021, for people who involuntarily lost their jobs; in addition, the ARP has also expanded the ACA’s premium subsidies for health plans purchased in the exchange, and made those subsidies available to more enrollees.)

In short, the ACA has opened up the entire individual market for all applicants, regardless of their medical history. It’s reduced “job lock” by allowing people to strike out on their own as entrepreneurs without worrying about where they’re going to get health insurance. And for people with eligible incomes, the subsidies take some of the sting out of paying for coverage.