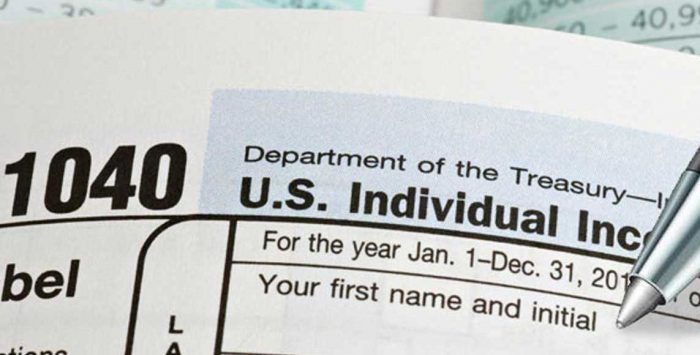 Self-employment and entrepreneurship are a dream for many people, and Obamacare has made that option easier to pursue, thanks to guaranteed-issue coverage, premium subsidies, and Medicaid expansion. For entrepreneurs who don’t have access to a spouse’s group health insurance plan, being self-employed usually means purchasing a policy in the individual health insurance market.

Prior to 2014, self-employed people had to pay the full premium for an individual policy. But thanks to the ACA’s premium tax credits, many self-employed Americans are now getting help paying for their coverage. And those premium tax credits have been enhanced by the American Rescue Plan, so they’re larger and more widely available than they used to be.

In addition to the premium tax credits, there are other ways that the self-employed can use the tax code to save a few dollars when it comes to healthcare. There are several deductions and tax credits that self-employed people can utilize (always consult with a tax advisor before making decisions about your own finances):

Is there a health insurance deduction for the self-employed?

Congress implemented a 25% deduction for self-employed health insurance premiums in 1987 and made it permanent in 1994. The self-employed received even better news in 2003 when premiums became 100% deductible.

The deduction – which you’ll find on Line 17 of Schedule 1 (attached to your Form 1040) – allows self-employed people to reduce their adjusted gross income by the amount they pay in health insurance premiums during a given year. You’ll find the deduction on your personal income tax form, and you can file for it if you were self-employed and showed a profit for the year.

If you’re also eligible for a premium tax credit (premium subsidy), you can only deduct the part of the premiums you pay yourself. That can get into some circular math, but there are two methods that the IRS will let you use to determine your deduction and your tax credit.

You can’t take the self-employed premium deduction if you were eligible for group insurance from your spouse’s employer (or your own employer, if you have another job in addition to your self-employment). That includes eligibility for reimbursements via a Qualified Small Employer Health Reimbursement Arrangement (QSEHRA).

Talk to an expert about setting up a QSEHRA or read the QSEHRA Guide.


The ACA and more-than-2% S-corp shareholders

Since 2008, more-than-2% shareholders of an S-corp have been allowed to buy individual health insurance in their own name, and then get reimbursed by the S-corp.  The premiums were included on the shareholder’s W2, and then the shareholder was allowed to deduct the premiums on the first page of Form 1040, resulting in a lower AGI (see example 4 on page 4 of the IRS regulation from 2008).

But the ACA’s ban on employers reimbursing employees for individual health insurance premiums seemed to run counter to this provision, depending on how many S-corp shareholders were involved. This explanation from the IRS (updated December 2014) explains that a shareholder who is the sole corporate employee in an S-corp may continue to be reimbursed from the S-corp for individual health insurance (and this is clarified in Notice 2015-17, described in more detail below).

But until February 2015, the IRS had not directly addressed the issue of multiple more-than-2% shareholders, and the concern was that if there was more than one 2% shareholder, the corporation could run afoul of the market reforms in the ACA and be subject to significant penalties ($100 per day, per reimbursed employee).

At the time, most accountants—and the IRS attorney I spoke with in January 2015—agreed that if there were multiple shareholders or employees (including spouses), it was best to err on the side of caution and not get reimbursed by the S-corp if the shareholders were covered by individual/family (ie, non-group) health insurance.

In February 2015 however, the IRS released Notice 2015-17, and it was very good news for more-than-2% S-corp shareholders, as well as any other small business subject to the market reforms that prohibit the reimbursement of individual insurance premiums. Several provisions in Notice 2015-17 are applicable if you’re self-employed:

In the years since 2015, there have been some rule changes regarding employers reimbursing employees for individual market premiums. When the ACA was first implemented, the federal government took a hard-line approach (as noted above) and prohibited any form of employer reimbursements for individual market insurance premiums. But the 21st Century Cures Act brought QSEHRAs into being, allowing small employers to reimburse employees for individual health insurance premiums starting in 2017. And then the Trump administration further expanded the rules, allowing ICHRAs to exist as of 2020.

But the rules described above for more-than-2% shareholders of an S-corp are even easier. The S-corp isn’t required to establish a QSEHRA or ICHRA. It can simply reimburse the shareholder for some or all of the cost of the individual market health plan, and then include the reimbursement amount in the shareholder’s W2 income (so if the shareholder earns a W2 wage of $50,000 and also receives $5,000 in health insurance premium reimbursements, their income reported in W2 Box 1 would be $55,000).

The shareholder can then deduct that amount using the self-employed health insurance deduction when they file their 1040 (so in the example above, they’d receive $55,000 in compensation from the S-corp, but they would only pay federal income tax on $50,000 of it). The self-employed health insurance deduction is taken “above the line,” which means it’s deducted before AGI is calculated, resulting in a lower AGI (in contrast, itemized deductions are taken after AGI is calculated), and thus also a lower ACA-specific MAGI.

Although being self-employed means that there’s no employer footing the bill for health insurance, it also gives entrepreneurs a lot of flexibility in terms of what type of health insurance they purchase. One popular option is an HSA-qualified high deductible health plan (HDHP).

Although some people have expressed concerns that market reforms under the ACA would be incompatible with HSAs, that has not been the case, and HSA-qualified plans are still a popular choice in the individual market.

As is the case with the self-employed health insurance deduction, HSA contributions are deducted “above the line” on the 1040, which means the deduction is available to filers regardless of whether they itemize deductions. And there are no income limits in terms of who can contribute to an HSA — anyone who has an HSA-qualified HDHP (and meets the rest of the eligibility requirements set by the IRS) can contribute to an HSA with pre-tax money.

Although the money in an HSA can be withdrawn without penalties or taxes to pay for qualified medical expenses, some insureds choose to treat their HSAs as secondary retirement accounts, with tax implications similar to traditional IRAs: contributions are tax-deductible and distributions during retirement are taxed as income, assuming you’re using the money for something other than qualified medical expenses.

Thanks to the ACA, federal tax credits (subsidies) – obtained via the exchanges – are helping many families subsidize the purchase of individual health insurance. The tax credits are great for the self-employed, who had to foot the entire bill for their health insurance prior to 2014. Employees who get employer-sponsored health insurance typically enjoy a substantial subsidy in the form of pre-tax premiums and employer contributions to the premium. The ACA makes similar subsidies available for many self-employed people, and the American Rescue Plan has made those subsidies larger and more widely available.

The tax credits are available to households with incomes of at least 100% of the federal poverty level (FPL), as long as the enrollees do not have access to Medicaid or employer-sponsored health insurance that is considered affordable (and as long as the unsubsidized cost of coverage is above the level that the IRS considers affordable).

From 2014 through 2020, there was an income cap of 400% of the poverty level, above which subsidies were not available. But the American Rescue Plan eliminated that income cap for 2021 and 2022, temporarily fixing the “subsidy cliff.” Congress may choose to extend those subsidy enhancements past the end of 2022 (the Build Back Better Act would extend them through 2025, but it stalled in the Senate after passing the House; a more narrowly focused bill that addresses the subsidy enhancements on their own is more likely to pass in the Senate).

Even before the American Rescue Plan eliminated the subsidy cliff and made subsidies larger, most exchange enrollees received substantial subsidies that offset the majority of their premiums. As of early 2021 (ie, pre-ARP), 86% of exchange enrollees qualified for premium tax credits (subsidies) that averaged $486/month (versus average full-price health insurance premiums of about $575 per month; premium subsidies covered most of the premium for most enrollees, and that’s even more true now that the ARP has been implemented). For 2022, the average subsidy amount grew to $505/month, and 89% of enrollees were receiving a subsidy.

The tax credits can be paid directly to health insurance carriers on a monthly basis to reduce the amount that insureds have to pay for their coverage, which is the most popular option. But it’s not the only choice: people can opt to pay full price for a plan purchased through the exchange, and then claim the tax credit in full on their tax returns.

Can the self-employed deduct medical expenses?

If you face high medical bills and itemize your deductions, you might be able to deduct some of your medical expenses. The deduction – found on Schedule A of your income tax return — covers a wide range of medical expenses, and also includes premiums you pay for health insurance (including Medicare) or qualified long-term care.

You can’t double deduct, though — if you deduct your health insurance premiums under the self-employed health insurance deduction explained above, you can’t include them in your itemized medical expenses. And you also can’t deduct any portion of your premium that’s covered by the premium tax credit; only the portion you pay yourself can be deducted

And you can only deduct expenses in excess of 7.5% of your adjusted gross. This is the threshold that was in effect through 2012, but the ACA increased the threshold to 10%, meaning that people could only deduct medical expenses that exceeded 10% of their income. However, the Tax Cuts and Jobs Act that was enacted in December 2017 contained a provision that temporarily reset the threshold to 7.5%, for 2017 and 2018. And Section 103 of the Further Consolidated Appropriations Act, 2020, enacted in December 2019, kept that lower threshold in place for tax years 2019 and 2020. Then the Consolidated Appropriations Act, 2021 (Title I, Section 101) permanently reset the threshold at 7.5%, making it easier for tax filers to continue to qualify for this deduction.

Spending 7.5% of your income on medical costs can be a hard target to hit unless you’re dealing with a significant illness or injury (and keep in mind that you can only deduct the portion of your expenses that exceed that threshold). Still, it’s one more good reason to keep track of your medical bills and health insurance premiums – just in case.