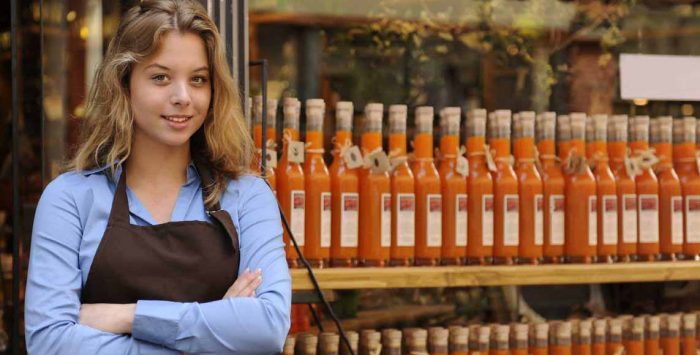 The self-employed have historically faced a set of unique challenges in finding and keeping health insurance. But the Affordable Care Act (aka Obamacare) has made coverage more accessible, and for people with low- and middle-class incomes, it’s also made coverage more affordable, thanks to subsidies available in the ACA exchanges.

Here’s what you need to know about health insurance if you’re self-employed or transitioning to self-employment:

Q: If I become self-employed, can I keep the health insurance I already have?

A: The brave individuals who become self-employed often preserve their health coverage by taking the initial step of extending their employer-sponsored health benefits through COBRA. The Consolidated Omnibus Budget Reconciliation Act of 1985 allows workers to extend those benefits for up to 18 months after leaving a job.

The downside: employers no longer pay their portion of the plan’s premium, which can often be 75 to 80 percent or more of a plan’s cost. By keeping the coverage under COBRA and paying your own portion along with what your employer was previously paying (plus a 2 percent administrative fee), you’ll likely see a huge difference in what you pay for the coverage.

Note that if you work for a company with fewer than 20 employees, COBRA does not apply. But state continuation laws in many states create COBRA-like provisions for people who work for small employers. Check with the Insurance Commissioner in your state to see if state continuation is available to you.

Q: Beyond COBRA, what are coverage options for the self-employed?

That’s all changed now. Since 2014, all new individual market policies have been guaranteed issue, and rates cannot vary based on medical history or gender (they can only vary based on age, zip code, and tobacco use). So if you’re self-employed, you can select from any of the individual market plans available in your area, either on or off the exchange.

Subsidies are only available in the exchange, and enrollment windows apply both on and off the exchange. You can enroll in a plan during open enrollment, or during a special enrollment period triggered by a qualifying event.

If you have employer-sponsored insurance and you’re leaving your job to become self-employed, the loss of your employer-sponsored coverage counts as a qualifying event, even if you have the option to continue your coverage with COBRA (ie, you can go with COBRA, or you can pick a plan in the individual market, on or off-exchange).

Protections for those with pre-existing conditions

Q: My Employer-sponsored insurance covered my pre-existing condition. Can I still get coverage for it if I become self-employed?

A: Yes. Regardless of whether you continue your coverage with COBRA/state continuation or switch to an individual market plan, you’ll continue to have coverage for pre-existing conditions. Medical underwriting no longer applies in the individual market — thanks to the ACA — so the application won’t even ask about your medical history.

It’s important, however, to pay close attention to the details of whatever policy you’re considering. Be aware that drug formularies (covered drug lists) vary from one carrier to another, so the fact that a new plan covers your pre-existing condition won’t necessarily mean that they’ll cover the medication you take to treat it. (You may find that another carrier does cover it, or you may need to work with your doctor to switch prescriptions; if your doctor doesn’t feel that’s appropriate for your situation, there’s an appeals process that you and your doctor can use to request coverage for your medication.)

In short, your pre-existing condition will be covered under an individual market major medical plan, and your rates won’t depend on your medical history. But the details of the coverage itself will vary from plan to plan, so it’s wise to seek out assistance from a licensed broker if you aren’t sure which plan will be best for your situation.

Be aware that plans that aren’t regulated by the ACA, including short-term medical plans, generally do not cover pre-existing conditions. The Trump Administration has relaxed the rules for short-term plans, allowing them to have terms of up to a year and total durations of up to three years, including renewals (states can still impose stricter regulations). And as of 2019, there’s no longer a penalty in most states for relying on a short-term health plan. So short-term plans are an appealing alternative for some people who don’t qualify for premium subsidies in the exchange, since they have lower premiums than ACA-compliant plans. But that’s because they don’t cover pre-existing conditions and offer much less robust coverage than ACA-compliant plans. It’s up to the buyer to make sure they read the fine print and understand what they’re getting if they opt for a short-term plan.

If you’re in a state that has expanded Medicaid, it might be the perfect solution that allows you to make the leap to self-employment. If you expect to earn very little money in the early months or years of your self-employed journey, rest assured that Medicaid is available for people with income up to 138 percent of FPL (the federal poverty level). (For a single individual, that’s $16,753 in 2018.)

Above that level, premium subsidies are available, and you can transition from Medicaid to subsidized private coverage if your income increases during the year to a level above the Medicaid eligibility cap. If your state has not expanded Medicaid yet, you’ll be eligible for premium subsidies in the exchange with an income as low as 100 percent of the poverty level ($12,140 for a single individual in 2019).

What if I don’t qualify for subsidies?

The ACA’s subsidies tend to be perfect for newly self-employed individuals, since finances are often tight in the early years of being self-employed. But if you’re among the select few who start out their self-employed career with a high income, or if you’ve been self-employed for a while and your income has risen to above 400 percent of the poverty level, you won’t be eligible for subsidies in the individual market.

You can choose to purchase coverage through the exchange or outside the exchange. Both options will be ACA-compliant, provide quality coverage, and will fulfill the ACA’s individual mandate (the requirement that most Americans maintain health insurance or face a tax penalty).

If you think there’s any chance your income might drop during the year, making you eligible for a subsidy, you’ll want to enroll in a plan through the exchange, as opposed to outside the exchange. A drop in income would not allow you to switch to an on-exchange plan mid-year, but if you’re already enrolled in an exchange plan and your income changes such that you become subsidy eligible, you can either begin claiming the subsidy at that point, or you can claim it on your tax return. That would not be possible if you were enrolled in an off-exchange plan.

If you’re in a state that hasn’t expanded Medicaid and your income is below the poverty level, you’ll unfortunately be in the coverage gap until your income reaches at least the poverty level. (Because some states haven’t expanded Medicaid, it’s possible to earn too little to qualify for help.) If the lack of Medicaid expansion makes it impossible for you to become self-employed, reach out to the lawmakers in your state to let them know about your situation.

Are there other ways to keep health coverage?

If you’re married and your spouse is covered under another employer’s group health insurance plan, you may be able to get family coverage that’s less expensive than buying it through the individual market, depending on whether your spouse’s employer helps pay the premiums for dependents and spouses who are added to the plan.

Note that if you do have access to the health insurance plan offered by your spouse’s employer, you won’t be eligible for subsidies in the individual market as long as your spouse’s employer offers coverage that provides minimum value (covers at least 60 percent of average costs) and is affordable for employee-only coverage, regardless of how much it costs to add a spouse or dependents to the plan. (This is known as the “family glitch.“)

What about association-endorsed health plans?

Let the buyer beware. The quality of association-endorsed health plans runs the gamut from junk coverage all the way to ACA-compliant qualified health plans (QHPs). The Trump Administration has expanded access to association health plans for self-employed individuals and small groups, allowing them to join together and obtain coverage that conforms to the ACA’s less stringent large group rules. For some self-employed, these plans will be a good alternative to individual market coverage. But be aware that if the premiums are significantly lower, it could be an indication that the benefits aren’t as robust (large group plans don’t have to offer coverage for the ACA’s essential health benefits, for example, and some association health plans might skip some of the benefits in order to reduce premiums).

The association for your new self-employed profession might offer an excellent array of benefits, and might come with its own private health insurance exchange that markets QHPs. But it also might be selling discount plans and supplemental coverage that isn’t intended to serve as stand-alone coverage.

If you’re considering obtaining benefits through a private exchange offered by a members association, keep in mind that ACA subsidies (including premium subsidies and cost-sharing subsidies) are only available if you purchase your coverage through the official ACA-created health insurance exchange in your state. If you think you’re eligible for subsidies – or if you might be eligible at some point during the year – it’s essential to buy your coverage through the exchange.

If your association offers medical benefits, take the time to compare them with the coverage offered through the exchange. If the association coverage is priced dramatically lower than the coverage available in the exchange, there’s a good chance that it’s a discount plan or a limited benefit plan, rather than comprehensive major medical coverage.

Can the self-employed deduct their premiums?