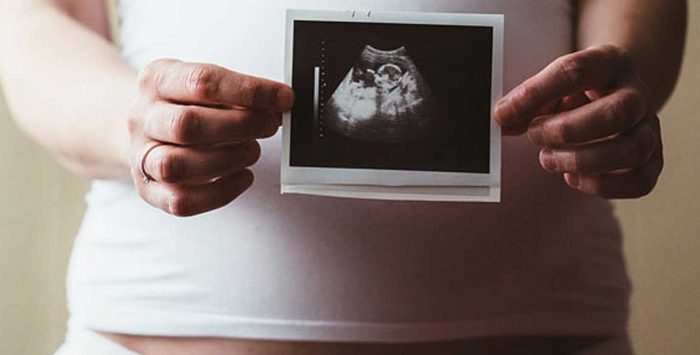 For women in the United States, health insurance has come a very long way in the last several years, thanks in large part to the dramatic improvements and consumer protections brought about by the Affordable Care Act (aka Obamacare). This is particularly true in the individual market, where previous reforms and mandates had rarely applied.

Most of the law’s provisions were implemented at the beginning of 2014. Prior to that, more than half of individual plans charged higher premiums for a 40-year-old female non-smoker than for a 40-year-old male smoker. The practice of charging women more than men for the exact same coverage was costing women roughly $1 billion per year by 2012.


Did individual health plans cover maternity prior to the ACA?

And in all but five states, being pregnant was a pre-existing condition that prevented a woman from purchasing individual health insurance at all. (In most states, expectant fathers were also denied coverage, due to laws that require health insurance companies to automatically cover a member’s newborn child. To mitigate against the risk of having to cover a newborn with complications, most individual market insurers rejected applications from expectant parents, including both mothers and fathers.)

Many individual health plans offered no coverage for contraceptives, and coverage for women’s preventive care varied considerably from one state to another.

How does the Affordable Care Act cover preventive care and maternity coverage?

Obamacare’s first major improvement for women took effect in August 2012. For plan years beginning on or after August 1, 2012, all non-grandfathered policies were required to provide coverage for eight women-specific categories of preventive care. And this was in addition to the broad range of preventive services for both men and women that were added with no cost-sharing to all non-grandfathered plans in September 2010.

But things got significantly better in January 2014 when all new policies had to be fully ACA-compliant. Maternity coverage is now included on all new plans. Most employer-sponsored health plans already covered maternity care, under the Pregnancy Discrimination Act that had been enacted in 1978. But the nationwide requirement for maternity coverage on individual/family health plans was due entirely to the ACA. Also as a result of the ACA, premiums can no longer be based on gender. (Only age, geographic location, and tobacco use can be factored into premiums.)

Pre-existing conditions are no longer used to determine premiums or eligibility for coverage, which means that pregnant women (and expectant fathers) can obtain health insurance in the individual market in every state — assuming they are applying during open enrollment or have a qualifying event that allows them to enroll.

Obamacare has been a boon for women’s health. But although things are far better than they were just a few years ago, there were some legal challenges that eroded some of the newfound access to contraceptive coverage.

The women’s preventive care mandate that went into effect in 2012 requires health insurance policies to cover “All Food and Drug Administration-approved contraceptive methods, sterilization procedures, and patient education and counseling for all women with reproductive capacity.” (Note that the ACA does not specify which preventive services would have to be covered in full; it was left to HHS to sort out the details, so the contraceptive mandate stems from ACA implementation regulations, rather than the text of the ACA itself.)

In the majority’s opinion on the Burwell v. Hobby Lobby case, Justice Alito frequently mentioned the Obama Administration’s accommodation that allows churches and religious employers to opt out of directly paying for contraceptive coverage, while still providing female employees with access to contraceptives. Full details are in this Federal Register Notice. In summary, the insurer – or in the case of self-insured plans, the third-party administrator – provides contraceptive coverage to employees with no cost-sharing, and with no premiums or fees charged to the religious employer for that portion of the coverage. Thus the financial responsibility for providing contraceptive coverage falls to the insurer or administrator rather than the religious organization that sponsors the health insurance plan.

Several times in the ruling, Justice Alito mentioned that the same accommodation should be provided for closely held, for-profit corporations that object to paying for contraceptive coverage, although buried in a footnote in Justice Ginsburg’s dissent, Alito’s majority hinted at the possibility that the legality of the existing accommodation could still be called into question.

And there are various other legal challenges to the ACA’s contraceptive mandate that are making their way through the court system, so this is still not an entirely settled topic.


Did the ACA improve access to long-acting reversible contraception?

The ACA and subsequent implementation regulations did an excellent job of bringing gender equality and much-improved women’s preventive care to the health insurance market. But there is still a threat from lawsuits and legislation that would weaken the benefits and consumer protections in the law.

It’s worth noting that IUDs – one of the contraceptives that companies with religious or moral objections are not required to pay for following the Supreme Court’s ruling – are among the most effective contraceptives, with no room for user error, which is often a factor in contraceptive failure. Their initial cost (usually $500 to $1,000) is a significant deterrent if women have to pay for them out-of-pocket.

But long-term, they are more cost-effective than most other contraceptive methods. When the up-front cost barrier is removed – as it is under Obamacare – women are much more likely to select long-term birth control. And as access to birth control, especially long-acting birth control, has improved due to the ACA, the abortion rate has fallen.

Colorado’s teen birth rate and abortion rate both dropped significantly from 2009 through 2017, mainly because of a grant that provided free or low-cost IUDs to young women who would otherwise not be able to afford them. The Colorado program was funded by an anonymous donor, prior to the ACA’s reforms. But for women who have health insurance, anonymous donors are no longer necessary.

All women with health insurance – private coverage and Medicaid – have access to highly effective, long-term contraceptives now, without a cost barrier. That has translated to an increase in the number of women relying on these methods of birth control, and a sharp reduction in out-of-pocket spending on contraception in general.


How are women affected by the 'coverage gap'?

We must not forget about the hundreds of thousands of American women who are currently in the coverage gap in states that have not expanded Medicaid. The ACA provided Medicaid for people with incomes up to 138% of the poverty level (with exchange subsidies picking up where Medicaid ends), but the Supreme Court ruled that states could opt out of Medicaid expansion, and there are still 12 states — mostly in the southeastern US — that have not expanded Medicaid.