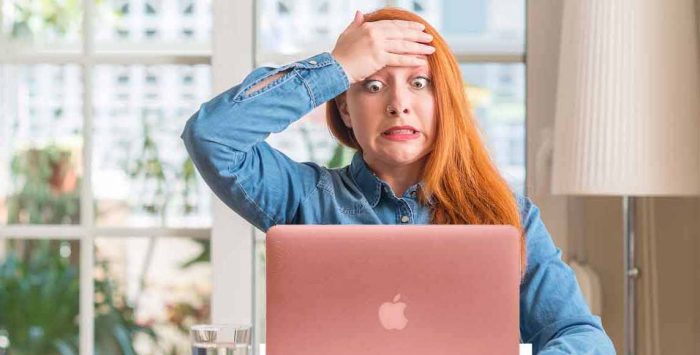 Avoiding four common open enrollment-period mistakes could save you some serious money.

If you don’t have health insurance through an employer, you’ll need to buy it yourself if you want coverage. The Affordable Care Act (ACA) has thankfully made it to easier to secure individual coverage. Coverage is available for purchase during the annual open enrollment period (OEP) but individuals with qualifying events can also purchase ACA-compliant coverage outside of the OEP.

Regardless of when you enroll, it’s important to avoid a few common enrollment-period blunders – mistakes that could end up costing you some serious money.

Sticking with an existing plan without exploring your options

Most ACA-compliant health plans allow you to automatically renew your coverage from year to year. And even if your plan isn’t available for 2023, you may be automatically enrolled in a similar plan with comparable coverage and pricing.

But just because you have the option to auto-renew or get mapped to a different plan doesn’t mean you should settle for it. Rather, it pays to reassess your healthcare needs and also see what plan options are available to you. You may find that changes in your own health make it so your current plan isn’t actually the best fit, even if that plan doesn’t change.

Assuming a low-premium plan is your best bet

Health insurance premiums and deductibles tend to have an inverse relationship – the higher one is, the lower the other. But don’t assume that a lower premium is the way to go. Doing so could result in a deductible you struggle to meet. And unless you’re the type who rarely gets sick, you could end up paying more for healthcare all-in under a low-premium plan than with a higher-premium plan.

(It’s also important to note that plans with higher premiums don’t always have lower deductibles. They might have a broader provider network, for example, better pre-deductible coverage, or a lower total out-of-pocket limit.)

Ruling out high-deductible plans off the bat

For people who tend to use their health insurance a lot, a high-deductible health plan (HDHP) can be unappealing, even with the lower premiums that these plans often have. But before you assume you shouldn’t sign up for a high-deductible plan, remember: The ACA mandates that these plans cover certain preventive services (such as immunizations and screening tests like mammograms) before their associated deductibles come into play. And there are significant tax advantages when you contribute to a health savings account, which is only allowed if you have coverage under an HDHP.

When you consider pre-deductible preventive care, premiums that are often lower than more traditional health plans, and the tax advantages of a health savings account, it’s worth giving HDHPs a second look. These plans are often seen as a great option for healthy people, but they can sometimes be the best option for people with serious health conditions as well.

If you enroll in an HDHP for 2023, you’ll be able to contribute up to $3,850 to an HSA if your HDHP covers just yourself, and up to $7,750 if your HDHP also covers at least one additional family member.

Opting out, since there’s no penalty for being uninsured

A few years back, not buying health insurance meant facing a potentially costly penalty. That penalty, however, no longer exists, unless you happen to live in a state that has its own individual mandate.

Still, not signing up for coverage is a big mistake. A single illness or injury could total thousands of dollars that you’ll be responsible for out of pocket if you don’t have insurance, so sign up for a plan before it’s too late. Also, while you may be relatively healthy now, who’s to say whether you’ll be diagnosed with a condition sometime next year?

If you miss open enrollment this year, you’ll generally have to wait until late 2023 to secure coverage for 2024, unless you happen to experience a qualifying life event in the interim, such as having a child. And many of the qualifying events only trigger a special enrollment period if you already had coverage — in other words, events that will allow you to change your coverage won’t necessarily allow you to obtain coverage if you were previously uninsured.

ACA open enrollment for 2023 runs from November 1 to January 15 in most states (there are varying enrollment periods in several state-run exchanges). Make your decision on time to ensure that you’ll have the coverage you need for 2023.

Maurie Backman has been writing professionally for well over a decade, and her coverage area runs the gamut from healthcare to personal finance to career advice. Much of her writing these days revolves around retirement and its various components and challenges, including healthcare, Medicare, Social Security, and money management.