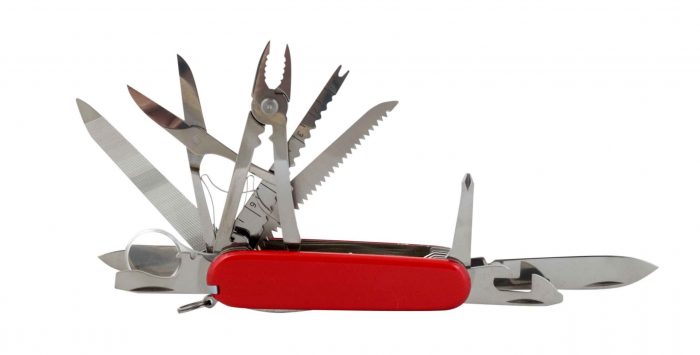 You’ve probably heard of health savings accounts (HSAs), and you may have wondered if one would be a good fit for you. You aren’t alone.

According to a survey released in 2018, approximately 22 million Americans have chosen to use a health savings account coupled with a high-deductible health plan (HDHP) to pay for current and future healthcare costs. Plans that participated in the survey reported a 9.2% increase in HSA enrollment from 2016 to 2017. And just over half of American workers with employer-sponsored health coverage were enrolled in HDHPs as of 2019, which was an increase of 43% over five years (some people have an HDHP but opt not to open an HSA; you’re allowed to contribute to an HSA if you have HDHP coverage, but not required to do so).

Explaining the growth in enrollment isn’t difficult when one takes a closer look at how HSAs work and the impressive array of benefits they offer to people willing and able to use them.

Who can utilize HSAs?

In order to contribute to an HSA, you need to be covered under a high-deductible health insurance plan, either obtained through your employer or purchased on your own. The majority of large employers offer an HDHP option (70% did so in 2018), and HDHPs are available for purchase in the individual market nearly everywhere in the country. (That means you can have an HDHP and HSA even if you buy your own health insurance. An employer doesn’t have to be involved.)

Once you’re enrolled in an HDHP, you can open an HSA (or sign up for the one your employer uses) and begin making contributions. And if you’re on the fence about whether it’s the right move for you, here are some things to keep in mind:

The HSA is a rare breed in terms of tax-advantaged accounts:

Contributing to your HSA reduces your ACA-specific modified adjusted gross income, which is important to keep in mind if you’re buying your own coverage in the health insurance marketplace/exchange. The higher your ACA-specific MAGI, the smaller your premium subsidy will be (normally, there’s an income cap for subsidy eligibility, equal to 400% of the poverty level; that’s been eliminated for 2021 and 2022 as a result of the American Rescue Plan). You might find that an HSA contribution makes you eligible for a larger premium subsidy. Here’s more about how this works.

Once you’ve put money in your HSA, you can withdraw it at any time to pay for a qualified medical expense. And qualified medical expenses go well beyond the out-of-pocket costs for services that are covered by your health insurance plan. They also include includes things like dental and vision costs, as well as products like sunscreen (SPF 30+), bandages, and lip balm.

If you withdraw money from your HSA before you turn 65 and you’re not using it to pay for qualified medical expenses, you’ll have to pay income tax and a 20% penalty. (Don’t do this unless it’s a dire emergency!)

But once you turn 65, that 20% penalty no longer applies. You can continue to use your HSA funds for medical expenses, avoiding taxes altogether on the withdrawals. But if you choose to withdraw the money for other purposes, you’ll just pay income tax. This is similar to how a traditional IRA works in terms of taxes. (Note that with a traditional IRA, you can start to withdraw money penalty-free at age 59.5, whereas with an HSA, you have to be 65.)

And unlike traditional IRAs, you’re not required to start taking money out of your HSA when you turn 70.5. If you want to leave it in the account to continue to grow, you can do that.

4. Pre-tax contributions … regardless of your income

Although you can think of your HSA as a backup retirement account, there is no income limit – on the low end or the high end – for deducting HSA contributions.

But to contribute to an HSA, you just need coverage under an HSA-qualified high deductible health plan (HDHP) without any additional major medical coverage, and you can’t be claimed as a dependent on someone else’s tax return. Your income isn’t a factor.

5. The money in your HSA continues to grow …

With an HSA, there’s no “use it or lose it” provision. This is one of the primary differences between an HSA and an FSA. If you put money in your HSA and then don’t withdraw it, it will remain in the account and be available to you in future years.

6. … and you can choose how your HSA grows

HSA funds can be kept in basic interest-bearing accounts – similar to a regular savings account at a bank or credit union – or, if you choose an HSA custodian that offers it, you can invest your HSA funds in stocks, bonds, or mutual funds.

There’s no single right answer in terms of what you should do with the money in your HSA before you need to use it. If you’re planning to withdraw all or most of your contributions each year to fund ongoing medical expenses, an FDIC-insured institution might be the best choice. The account will likely only generate small amounts of interest, but it will also be protected from losses.

On the other hand, if you’re looking at your HSA as a long-term investment and your risk tolerance is suited to the stock market’s volatility, you might prefer to invest your HSA funds.

If you buy your own HDHP, you can select from any of the available HSA custodians. (Pay attention to fees, investment options, and expense ratios, as is always the case with investment accounts.)

But you’re free to establish a separate HSA on your own, and transfer money out of the HSA your employer selected, and into the one you picked yourself. The IRS considers this a transfer, instead of a rollover, so there are no limits on how often you can do this.

7. You can leave your job and take your HSA

If you have an HSA through your employer, the money in the account is yours. When you leave your job, you get to take the remaining HSA balance with you. This is another difference between FSAs and HSAs.

You can choose a new HSA custodian and transfer the money if you wish. There are no taxes on the HSA money you take with you when you leave your job, unless you withdraw the money and don’t use it for medical expenses.

So although HSA-qualified plans are officially “high-deductible,” they sometimes have deductibles and out-of-pocket limits that are lower than other available plans. And it’s possible to find HSA-qualified plans at the Bronze, Silver, and Gold metal levels if you’re shopping for your own coverage.

Note that HDHPs are not required to offer any of these benefits pre-deductible, unless a state decides to require it on state-regulated plans. These are benefits that go above and beyond the federally-required preventive care services, so whether to offer these services pre-deductible will be up to each insurer. But offering them will not cause a plan to lose HDHP status, which would have been the case prior to July 2019.

9. There’s no deadline for reimbursing yourself from your HSA

When you pay a medical bill and you have an HSA, there’s nothing that says you have to pull money out of your HSA to cover the medical bill. And there’s also no time limit on when you can reimburse yourself. As long as the medical expense was incurred after you established the HSA, and you didn’t take it as an itemized deduction, you can reimburse yourself years or decades later — after letting your HSA funds grow in the meantime.

So imagine that you’re contributing to your HSA each year, and also spending a few hundred or a few thousand dollars each year in medical expenses. You pay those bills from your regular bank account, keeping careful track of how much you pay and retaining all of your receipts.

Now let’s say that you decide you want to retire a few years early, before you can start withdrawing money from your regular retirement account. At that point, you can gather up all of the receipts from all the medical expenses you’ve paid since you opened your HSA, and reimburse yourself all at once (this is why it’s so important to keep your receipts — if you’re ever audited, you’ll need to be able to show that the amount you withdrew from your HSA was equal to the amount you had paid in medical bills over the years).

The money you withdraw is still tax-free at that point, since all you’re doing is reimbursing medical expenses (again, be careful not to withdraw more than you’ve spent in documented medical expenses; if you do, you’ll have to pay income tax and a 20% penalty on the excess withdrawal). But because you waited a few decades to reimburse yourself, you’ve given the money in your HSA many years to grow, tax-free, resulting in a potentially larger stash of funds.

10. Your HSA can be your long-term care fund

If you’re healthy and don’t have much in the way of medical expenses, you can think of your HSA as a really long-term investment. You’ll have to stop contributing to it once you’re enrolled in Medicare, but the money that’s already in the account at that point can continue to grow from one year to the next during your retirement.

You might find that you want to use your HSA funds, tax-free, to pay Medicare premiums. (That’s Part A if you’re not eligible for premium-free Part A, as well as Part B and Part D. You can also pay Medicare Advantage premiums with HSA funds, but you cannot pay Medigap premiums with tax-free HSA money.) Or you might need the HSA funds to cover out-of-pocket medical expenses during retirement.

But if you end up needing long-term care, the cost is likely to dwarf the out-of-pocket medical expenses you had earlier in your retirement. Medicare doesn’t cover long-term care, and Medicaid only steps in if your income is low and you have exhausted almost all of your assets.

You can buy private long-term care insurance, but some people opt to treat an HSA as an investment earmarked for potential long-term care bills incurred late in life. If you don’t end up needing long-term care, your HSA can be passed on to your heirs, similar to a retirement account.

Clearly, there are a lot of advantages to an HSA. If you’re enrolled in an HDHP, it’s definitely in your best interest to set up an HSA and fund it. And if you don’t currently have HDHP coverage, it’s well worth considering as a future option.