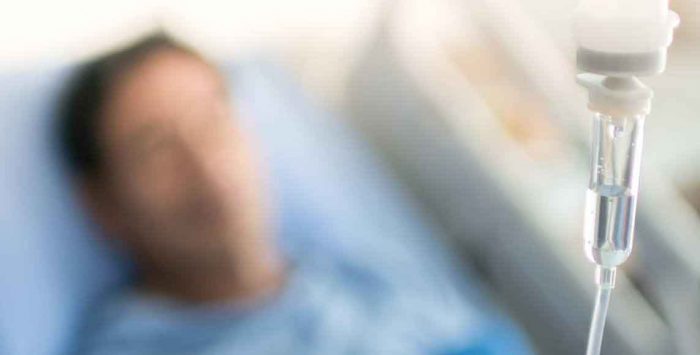 HDHPs and HSAs are sometimes among the best options for people who have serious health conditions and know they're going to need extensive medical care in the coming year.

HDHPs and HSAs are sometimes among the best options for people who have serious health conditions and know they're going to need extensive medical care in the coming year.

Who should consider a high-deductible health plan?

Home > FAQs > Who should consider a high-deductible health plan?

Q. Who should consider a high-deductible health insurance plan?

A. If you’re healthy – or sick – and have some money saved or plan to save some in the coming year, you might want to consider a high-deductible health plan (HDHP). Yes, that’s a pretty broad description, but HDHPs can work well for people in various situations – they’re worth considering even if you have high medical costs!

A quick note about the logistics of enrolling: HDHPs are available for purchase in the individual insurance market in nearly every area of the country, so most people who buy their own health insurance have access to HDHPs (and can thus get the tax benefits of a health savings account, described below). It isn’t always obvious which plans are HDHPs – some say “HSA” in the plan name and others do not, and HSA-qualified plans can be in the bronze, silver, or gold categories depending on the plan design. It’s important to understand that HDHPs are regulated by the IRS and must conform to specific requirements; it isn’t just any plan with a high deductible.

HealthCare.gov and most of the state-run exchanges have filtering tools you can use to narrow down your choices to only HSA-qualified plans, and you can also read the plan description forms for the policies you’re considering. Open enrollment for purchasing individual health insurance – on-exchange or off-exchange — runs from November 1 to December 15 in most states, and in most cases, this is your only opportunity to buy coverage for the coming year, unless you experience a qualifying event (such as losing coverage under another health plan).

Let’s take a look at how HDHPs work and some reasons you might want to consider enrolling in one:

HDHPs typically have lower premiums than traditional health plans because of the high deductible, and they protect you in the event of significant health events. But HDHPs are not always the lowest-priced plans available, as the out-of-pocket maximum can be higher on plans that aren’t HDHPs. Other health plans – that also have high deductibles – sometimes have lower premiums and also pay for non-preventive care before the deductible is met, which HDHPs cannot do.

(All health plans – including HDHPs – cover preventive care before the deductible is met. But HDHPs don’t cover anything else until you’ve met the deductible. The IRS has expanded the list of services that qualify as “preventive care” for HDHPs, so certain ongoing treatments for a handful of chronic conditions can now be covered pre-deductible under an HDHP without losing HSA-eligibility.)

If you’re in good health, rarely need prescription drugs, and don’t expect to incur significant medical expenses in the coming year, you might consider an HDHP. In trade for lower premiums, HDHPs require you meet your deductible before you get any coverage for treatment other than preventive care. That’s in line with the conventional wisdom that says “HDHPs and HSAs are for healthy people.”

But HDHPs and HSAs are also sometimes among the best options for people who have serious health conditions and know they’re going to need extensive medical care in the coming year. There are a couple of reasons for that: Maximum out-of-pocket costs combined with premiums, as well as the tax advantages that go along with contributing to an HSA. Let’s take a look at how each of those work when a person has very significant medical needs:

Premiums + maximum out-of-pocket might be lower with an HDHP

But even when you’re looking at health plans with out-of-pocket caps well below the legal limits, it’s common to see HDHPs with lower out-of-pocket limits compared with other available plans. If your employer offers multiple options and one is an HDHP, take a careful look at the maximum out-of-pocket limits for the various plans. You might be surprised to see that even though the deductible is higher on the HDHP, the total out-of-pocket exposure might be lower. That’s not always the case, but you certainly don’t want to write off the HDHP without giving it careful consideration.

When a person has very extensive medical needs, there’s a good chance that they’ll end up meeting the out-of-pocket limit on their plan regardless of whether the deductible is low or high. On an HDHP, the deductible might make up a significant chunk of the out-of-pocket exposure, whereas a person enrolling in a more traditional plan (with a lower deductible) might find that the bulk of their costs end up being coinsurance and copays. But at some point in the year, the enrollee is likely going to end up meeting the out-of-pocket cap and the insurer will start to cover all in-network costs at that point.

So the question is how much will that total out-of-pocket be, and how much is it when you also add on the cost of the premiums that you pay all year? Here are some simplified examples to help you walk through the math on this. It may be that a plan with a lower deductible still ends up being the better option, even after accounting for the potentially higher premiums. But there’s no one-size-fits-all here – you have to look at each plan and see what your total costs would end up being.

HSAs let you use pre-tax dollars to fund medical care

The other reason an HDHP can be beneficial to a person with significant medical costs is the fact that it allows the person to make contributions to a health savings account (HSA). If you know you’re going to have significant medical costs and end up meeting your out-of-pocket maximum on any plan you choose, an HDHP will allow you to put money into an HSA and then take it right back out again to pay those medical bills that you know are coming.

That way, you get to use pre-tax dollars to pay for your medical care, instead of after-tax dollars. If you’re just paying out-of-pocket, without running the money through your HSA first, you’re going to be paying with after-tax dollars. So if you know you’re going to have substantial medical bills in the upcoming year, it makes sense to set yourself up so that you can use pre-tax money to pay them instead of after-tax money. If you don’t use an HSA, you can deduct medical expenses that exceed 7.5% of your income , but that deduction is only helpful insofar as your expenses exceed that threshold, since you can’t deduct the expenses that fall below that threshold. And you also have to itemize to get that deduction, and itemizing is no longer the best option for most filers now that the Tax Cuts and Jobs Act increased the standard deduction so much.

But with an HSA, you can deduct whatever you put into the HSA, up to the contribution limit (in 2021, that’s $3,600 if your HDHP covers just yourself, and $7,200 if it covers at least one other family member, and you have until April 15, 2022 to contribute some or all of that money; for 2022, the contribution limits will be $3,650 and $7,300). And there’s no need to itemize – you can deduct your HSA contributions even if you’re taking the standard deduction. There’s also no income limit for this deduction.

What if you need medical care but not a lot of it?

In general, people who know that they are going to need moderate medical treatment in the coming year might be better served by a traditional plan with a lower deductible and copays — despite the fact that the premiums will likely be higher than they’d be for an HDHP.

This is because people with modest health care needs might not end up meeting their out-of-pocket maximum. The lower deductible means that their insurance plan will start to pay sooner, and the plan might cover a variety of services – like office visits, urgent care visits, and prescriptions – with copays instead of having the patient pay for them with the costs counting towards the deductible.

Again, there’s no one-size-fits-all here, and “modest health care needs” means different things to different people. But if the care you’re going to need isn’t likely to put you near the out-of-pocket maximum on the plans you’re considering, you might find that you come out ahead with a traditional plan, despite the higher premiums and loss of the tax advantages that go along with the HDHP/HSA combination.

Enrolling in an HDHP? Don’t miss out on the tax advantages of an HSA

If you do decide to enroll in an HDHP, one of the benefits is that you can establish and make contributions to an HSA. You can deduct your HSA contributions when you file your tax return, without having to itemize your deductions.

The money in your HSA rolls over from one year to the next — there’s no “use it or lose it” provision with an HSA. You can use the money in your HSA to pay your deductible and other out-of-pocket expenses, as well as any qualified medical expenses that aren’t covered by your health plan. Because your HDHP doesn’t provide any non-preventive coverage until your deductible is met, you’ll need to have some way of paying the deductible in case you need medical treatment other than preventive care. An HSA is a good solution for making sure you have the funds available to cover your deductible if necessary.

Since HDHPs are typically among the lower-priced health plans available, many people opt to purchase an HDHP, establish an HSA, and then contribute the amount they’re saving in premiums to the HSA each month. So if you’re paying $500/month for an HDHP and you’d otherwise be paying $650/month for a traditional health plan with copays and a lower deductible, you put the $150 savings into the HSA each month instead of paying it to your insurance company.

Read more about HSAs in our article explaining the top ten reasons to use an HSA. 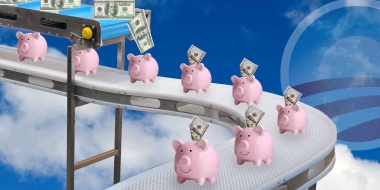 Can I buy health insurance through the exchange that’s compatible with an HSA?

When choosing a health plan during open enrollment or a special enrollment period, there's a less obvious form of healthcare savings you might reap – depending on the plan you choose: ... 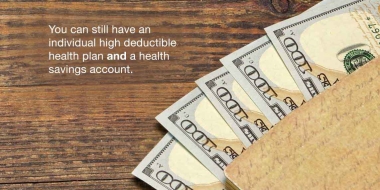 Q. Can I still have an HSA and HDHP under the ACA's regulations? A. Yes. HSA-qualified high deductible plans fit easily within the guidelines established by the ACA. And they ... 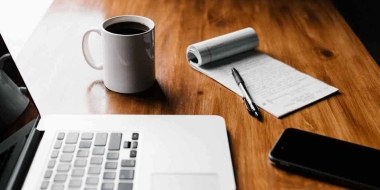 A quick insurance tune-up – one that incorporates not only health insurance, but tools such as health savings accounts, life insurance and disability insurance – can save you from headaches ... 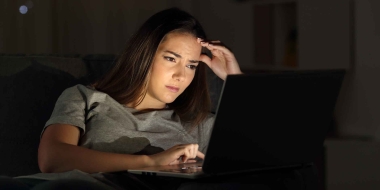 If one family member needs care, do they have to meet the family deductible?

Q. When I compare plans in the exchange for our family, they all show total family deductibles. Does that mean we'd have to meet that full deductible even for just ... 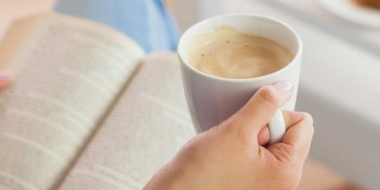