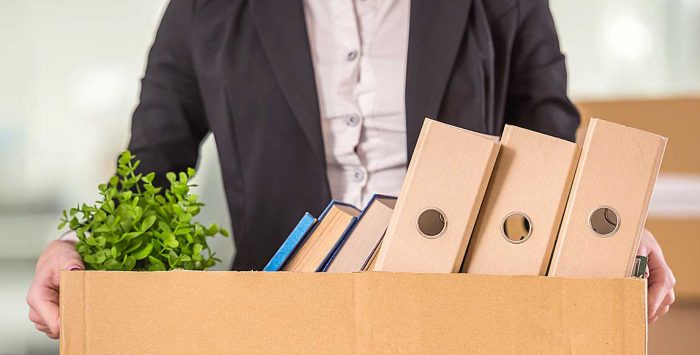 For more than three decades, COBRA has offered a viable alternative to the individual market for people who lose access to employer-sponsored health insurance. In most cases, if an employer offers group health insurance and has at least 20 employees, the Consolidated Omnibus Budget Reconciliation Act (COBRA) of 1985 requires that employees be given the option to continue their group coverage for up to 18 months, or up to 29 or 36 months in some situations.

But has Obamacare eliminated the need for COBRA?

COBRA is still an option; the Affordable Care Act didn’t change that. What the ACA did instead was radically reform the private individual health insurance market to make coverage much more comprehensive than it used to be, and available to everyone, regardless of medical history.

When you factor in the ACA’s premium subsidies for individual plans, COBRA is much less necessary than it once was. But it’s still a valuable resource in some circumstances.

(Note that state continuation rules in many states allow people to continue their coverage — for varying amounts of time — if they work for smaller employers that aren’t subject to COBRA. The discussion below applies to both COBRA and state continuation, although the specific rules for state continuation vary considerably from one state to another.)

The pros of COBRA:

The cons of COBRA:

Although the ACA didn’t change anything about COBRA, it changed everything about the individual health insurance market. Coverage is now guaranteed issue, so medical history is no longer an obstacle. All policies must cover the ten essential health benefits, so the individual market now offers coverage that is as comprehensive as group coverage (although average group plans tend to have larger provider networks and fairly robust benefits in terms of deductibles and out-of-pocket maximums, compared with the plans people tend to select in the individual market — these are among the factors that cause COBRA premiums to be fairly high).

For most enrollees, coverage under the ACA is easier on the wallet. COBRA is expensive, particularly for employees who are used to having a significant portion of their premiums subsidized by their employers. The average total premium for a single employee on a group plan was $645/month in 2021 (the average employee paid just $108/month, because the employer was paying the rest). To continue that coverage with COBRA, the enrollee would pay about $658/month ($645 plus the 2% admin fee). So for an average single employee, the premium they pay themselves would go from $108/month to $645/month — a substantial difference, especially if their income has also dropped due to a job loss or reduced hours.

The improvements to the individual market mean that premiums are higher than they were pre-2014 and are fairly similar to the cost of employer-sponsored coverage. But individual market premiums can still be lower than group premiums in some cases, particularly when people have the option to choose plans with higher deductibles and lower premiums. The average premium (full price, before any applicable subsidies were applied) for individual coverage through the exchanges was $575/month for people who were enrolled as of early 2021.

But significant income-based subsidies are available in the exchanges to offset premiums. And the American Rescue Plan has eliminated the “subsidy cliff” for 2021 and 2022, which means that subsidies don’t end abruptly if a household’s income exceeds 400% of the poverty level. For all subsidy-eligible enrollees, subsidy amounts are larger under the American Rescue Plan’s enhancements.

As of early 2021 — before the American Rescue Plan’s enhancements to the subsidy structure — 86% of all marketplace enrollees were receiving premium subsidies, and on average, the subsidies paid nearly 85% of the total premiums (for those eligible for subsidies, the average subsidy amount was $486/month, compared with an average pre-subsidy cost of $575/month). The ARP has boosted those subsidies and made them more widely available. HHS noted that subsidies for marketplace enrollees grew by an average of $67/month after the ARP was implemented.

There are normally no subsidies for COBRA, which tends to make it more expensive for people who would otherwise be eligible for subsidies in the individual market (as noted above, there was a one-time federal COBRA subsidy in 2021, due to the American Rescue Plan, and some employers choose to offer COBRA subsidies as part of their severance packages). But for people who aren’t subsidy-eligible, the choice between COBRA and individual market coverage can be less obvious, as both options might be fairly expensive and other factors will need to be considered.

The ACA also provides more all-encompassing access to coverage than COBRA, since COBRA doesn’t apply to all employer-sponsored plans, or to termination for gross misconduct. Under the ACA, any plan in the individual market is available if you’ve lost your insurance, regardless of where you worked or the reason you lost your coverage (unless you simply canceled it or let it lapse – in that case, you have to wait until general open enrollment, which runs from November 1 to January 15 in most states, or until a special enrollment period triggered by a qualifying life event).

If you’re losing your employer-sponsored insurance, you can still elect COBRA. But you’ll also have your choice of any plan in the individual market during your special enrollment period (60 days on either side of the date your group coverage ends). Even if you initially choose COBRA, you still have the full 60 days to decide whether you want to buy a plan in the individual market.

For the first few years of ACA implementation, the rule was that your special enrollment period in the individual market would terminate if and when you elected COBRA. But HHS changed that rule in late 2016, noting that people might not fully understand their options when they elect COBRA. So the 60-day enrollment period for individual market coverage (on-exchange or off-exchange) continues for 60 days regardless of what you decide with regards to COBRA.

Do we still need COBRA now that we have the ACA?

COBRA is still an attractive option for people who want to retain their current provider network and/or the amount they’ve already paid towards their deductible and out-of-pocket maximum for the year. Someone in the middle of cancer treatment might prefer COBRA over an exchange plan, simply to avoid the hassle of finding a new medical team mid-treatment. And someone who has already paid hundreds or thousands of dollars towards their out-of-pocket maximum for the year is unlikely to want to start over at $0 on a new plan (and then have to start over again at the beginning of the next year). And for a person who doesn’t qualify for premium subsidies, the cost of COBRA and individual market premiums will often end up being fairly comparable.

Large employers are generally better off when employees switch to the individual market instead of using COBRA, because people on COBRA tend to incur significant claims, which can drive up the cost of premiums or self-insured coverage. And people who do qualify for premium subsidies will almost certainly find that they pay less in net premiums with a plan purchased through the exchange than they would under COBRA. But again, that might involve switching to new doctors and starting over with a new deductible, which isn’t always preferable or realistic.

For now, the combination of COBRA and the ACA present a solid array of options for people who are losing their employer-sponsored health insurance. COBRA exists just as it has for more than three decades, but the ACA has made the individual insurance market an excellent alternative for most people.