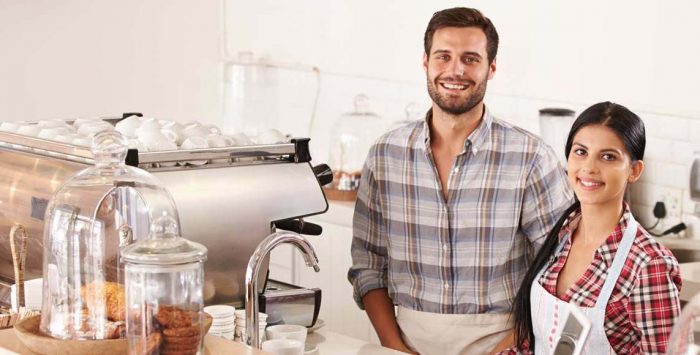 Can small businesses use the ACA’s health insurance marketplaces (exchanges)?

A. The Affordable Care Act created an enrollment platform called SHOP (Small Business Health Options Program), an exchange where businesses could compare health insurance plans and enroll in coverage for their employees. Originally, the SHOP exchange was an option in every state, but in the 36 states that use HealthCare.gov, the availability of small-business plans in the exchange changed in 2018. And even among the states that run their own exchanges, some are no longer offering SHOP coverage due to lack of insurer participation.

Instead of having small businesses use the exchange to enroll in coverage, HealthCare.gov now directs them to seek out a broker or contact an insurance company directly. And although the site still maintains a tool where employers can check to see if there are SHOP plans available in their area (for purchase directly from an insurer or with the help of a broker), the tool no longer shows any available plans in most areas. But as described below, there are still SHOP-certified plans available in parts of nine states that use HealthCare.gov.

SHOP enrollment lagged from the start

The Small Business Health Options Program (SHOP) never really took off. As of 2017, HHS reported that there were fewer than 39,000 people enrolled in SHOP coverage across the 26 states that had fully federally-run SHOP platforms at that point. Hawaii was the first state to obtain approval for a 1332 waiver, and its purpose was to eliminate the state’s SHOP exchange as of 2017.

Arkansas, Mississippi, and Utah used to run their own SHOP platforms (although all three states used HealthCare.gov for individual market enrollments), but had switched to the federal SHOP platform or a direct-to-carrier process by 2019. Arkansas noted that they would no longer have a SHOP option because insurers were no longer participating in SHOP in Arkansas.

And the lack of insurer participation in SHOP has not been limited to states that use the federally-run exchange. The same thing happened in Washington state as of 2018. And Minnesota, which has a functional state-run exchange for individuals, has discontinued its SHOP platform.

The decline in SHOP participation was due in part to lackluster enrollment in the early years, and also to a rule change that HHS finalized in late 2016. Under the new rule (which took effect for plan years starting in January 2018), insurers that offer individual market coverage through HealthCare.gov are no longer required to offer SHOP coverage, even if they (or an affiliate) have more than 20% of the small-group market share in the state.

Prior to 2018, those insurers were required to offer at least one silver and one gold SHOP plan in order to be allowed to offer individual market coverage in the exchange. But HHS eliminated that requirement for plan years starting in 2018 or later.

Although SHOP participation and enrollment were underwhelming in most states, enrollment in SHOP coverage in some of the state-run exchanges has been fairly brisk (although in most cases, far lower than enrollment in individual market plans).

Covered California’s SHOP exchange had more than 62,000 members as of late 2020. And DC’s SHOP exchange had more than 80,000 members as of 2021, although that’s driven in large part by the fact that all small-group plans in DC must be purchased through the exchange (DC is the only place in the country where there is no off-exchange market for individual or small group health plans), and by the fact that members of Congress and their staff obtain coverage through the DC SHOP exchange (Congress members and their staffers and dependents account for about 11,000 of the exchange’s SHOP enrollees).

HealthCare.gov no longer maintains an enrollment portal for SHOP plans, but most of the state-run health insurance exchanges still have SHOP platforms for small businesses. Some use a direct-to-carrier enrollment approach, while others still offer a full-service enrollment platform:

Washington and Minnesota have state-run health insurance exchanges, but they no longer have SHOP plans available.

If your business qualified for the small-business health care tax credit, you may be able to pay less in taxes by offering health benefits to your employees — although the tax credit is only available for up to two years, so small businesses cannot count on it for long-term support.

However, that provision (most recently in IRS Notice 2018-27) only applies to businesses that initially purchased a plan through the SHOP exchange, and then transitioned to a non-SHOP plan (in 2017 or later) within the two-year window during which they’re eligible to claim the tax credit, because SHOP plans ceased to be available during that two-year window. This is highlighted in Example 3 in IRS Notice 2018-27: The IRS clarifies that the tax credit would not have been available in 2017 for a small business that began operations in 2017 but was in an area where no SHOP plans were available.

The instructions for Form 8941 (see page 5) confirm that this provision is still applicable for the 2020 tax year as long as the employer claimed the tax credit for all or part of 2019. So if an eligible employer began its two-year tax credit window in 2019 under a SHOP plan, and was unable to purchase a SHOP plan for 2020 due to lack of availability, they would be able to enroll in a non-SHOP plan in the second year and still obtain the tax credit.

How many HealthCare.gov states have SHOP-certified plans available in 2021?

There are SHOP-certified plans available for purchase—directly from an insurer or with the help of a broker—in ten states that use HealthCare.gov in 2021.

According to Public Use Files published by CMS (see the Business Rules PUF; filter for SHOP), there are quite a few dental-only SHOP plans. But if we limit it to medical SHOP plans, they’re only available in the following states as of 2021 (and coverage areas are often limited to only certain parts of the state):

In addition to the nine states where there are SHOP-certified plans available in 2020, there are still SHOP-certified plans in most of the states that run their own exchanges (detailed above). This includes California, Colorado, Connecticut, DC, Idaho, Maryland, Massachusetts, New Mexico (uses HealthCare.gov for individual plans but has its own exchange for small group plans), New York, Rhode Island, and Vermont.

‘Small-business’ = up to 50 employees in most states

The SHOP marketplaces were originally open to businesses with up to 50 employees, but that was scheduled to change in 2016, with availability being extended to groups with up to 100 employees. However, the PACE Act, which was signed into law in October 2015, kept the definition of “small group” at 50 or fewer employees.

But there are four states that changed their laws to match the original intent of the ACA. So SHOP marketplaces in Vermont, New York, Colorado, and California are open to businesses with up to 100 employees. All four of those states run their own exchange platforms; they do not use HealthCare.gov (but in most of them, the enrollment process is completed directly through insurers, rather than using the exchange platform).

Although small businesses in most states now enroll directly through insurers (which is what most small businesses did all along), nothing has changed about eligibility for coverage. Enrollment in small-business health plans can be done throughout the year — unlike individual health insurance, which is only available during open enrollment or following a qualifying event.

Although a small employer can purchase a group plan at any point, employees can only enroll or make changes to their coverage during an annual open enrollment period, a special enrollment period triggered by a qualifying life event, or when they’re initially eligible (when the employer first purchases coverage, or when the employee first meets the group’s coverage eligibility requirements, which may include a waiting period of up to three months of employment). This is the same process that has long applied to employer-sponsored coverage. 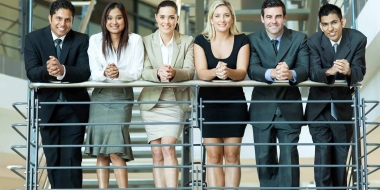 Are you ready to offer small-group health insurance? 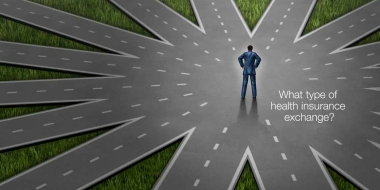