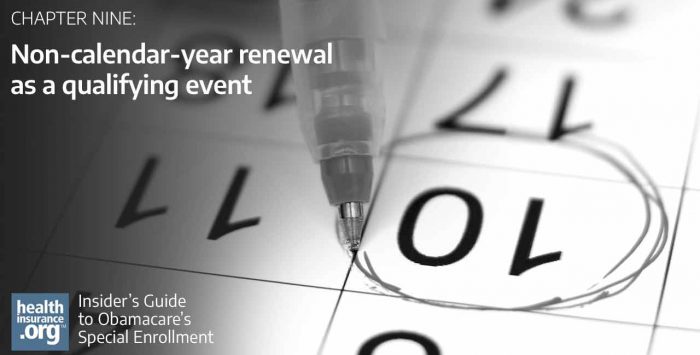 If you’re enrolled in a health plan that doesn’t follow the calendar year (ie, it has a renewal date that isn’t January 1), you’re eligible for a special enrollment period (SEP) triggered by your plan’s renewal. This is true regardless of whether your current plan is an individual/family plan or an employer-sponsored plan. This SEP gives you the option to not renew your existing plan, and instead transition to an ACA-compliant individual/family health plan.

Since the Affordable Care Act was implemented, new health insurance plans in the individual market have run on a calendar-year basis, which means the plan year ends on December 31, and the new plan year begins on January 1. 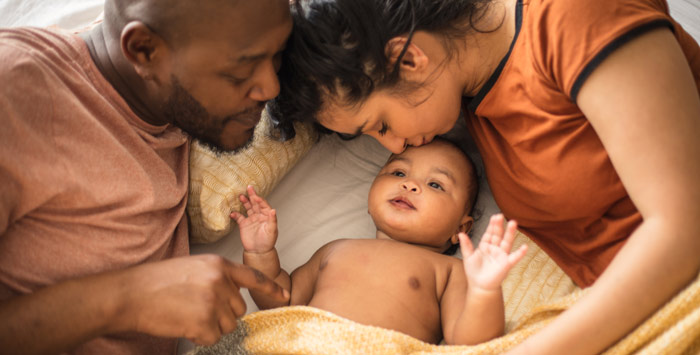 The American Rescue Plan’s health insurance affordability provisions are still in effect – and for many, enrollment is still possible now.

Coverage can have an alternate start date initially because the applicant enrolled during open enrollment after the deadline to get January 1 coverage. (in nearly every state, enrollments completed between December 16 and January 15 will have coverage effective February 1; there are some states with different deadlines and schedules). The start date may also differ because the applicant enrolled later in the year, during a special enrollment period.

But regardless of when plans begin, all plan years for ACA-compliant individual/family plans (both on and off-exchange) end on December 31, and the enrollee’s new plan year begins the following day.

What are non-calendar year plans?

That was often not the case in the individual market prior to 2014. Some carriers opted to align their plan years with the calendar year, but many did not. And since enrollment in individual-market plans was year-round prior to 2014, plan renewal dates could be spread across the whole year.

But there are still some pre-2014 plans – both grandmothered (transitional) and grandfathered – that remain in force, and their plan years can continue to be non-calendar-year. The number of people with these pre-ACA plans is steadily decreasing, as nobody has been able to purchase a grandmothered or grandfathered plan for the last several years, so the pool of insureds can only shrink — it cannot grow.

Why is there a SEP?

The result of all this is that a not-insignificant number of people have plans that come up for renewal outside of open enrollment. If the plan year ends in July, the new rate that takes effect in August might be considerably higher than the previous rate. HHS recognized that these individuals would be at a disadvantage when compared with people who have calendar-year plans, since they would essentially be stuck with their new rates until open enrollment came around again.

This was solidified in CFR 155.420 (d)(1)(ii) for 2014, but in the Benefit and Payment Parameters for 2016, HHS deleted the 2014 expiration date for the special enrollment period, clarifying that it would continue indefinitely and that it applies both on- and off-exchange.

At the same time, HHS also noted that the special enrollment period applies to anyone whose coverage is renewing outside of open enrollment, regardless of whether that coverage is in the individual market or group market. This is important because employers can still purchase group coverage year-round, so renewal dates in the group market don’t have to align with the calendar year. Many employers choose to align their plan year with the calendar year, but some do not; if your employer-sponsored plan is renewing mid-year, you can choose to enroll in an individual market plan at that point instead, using your special enrollment period.

This issue had mostly been solidified already by the time the Benefit and Payment Parameters for 2017 were published in early 2016, but HHS did make one final clarification, noting that this special enrollment period does not apply in the small business (SHOP) exchange. So if you have access to a SHOP plan from your employer or your spouse’s employer but you’re enrolled instead in a non-calendar year plan, you don’t have access to a special enrollment period for the SHOP plan when your existing coverage renews.

ICHRAs and QSEHRAs that don’t follow the calendar year

HHS has clarified, however, that this SEP does apply to people who have a QSEHRA (qualified small business health reimbursement arrangement) or ICHRA (individual coverage health reimbursement arrangement) that does not follow the calendar year. These employees would already be enrolled in an individual market plan (with premiums being reimbursed partially or fully by their employer), but would have an opportunity to switch to a different individual market plan when their QSEHRA or ICHRA benefit renews mid-year.

However, the plan selection limitations described in 45 CFR 155.420(a)(4) would apply in this case, limiting current exchange enrollees to selecting a different plan at the same metal level (or if that isn’t available, to a plan one metal level above or below the current plan). That’s different from the SEP that applies to people who are newly offered a QSEHRA or ICHRA (or who have the option for this benefit after declining it or utilizing it in the past). For those individuals, there are no restrictions on which individual market plans they can select.

If your health plan renews outside of open enrollment, you have access to a special enrollment period – either in the exchange or outside the exchange – that begins 60 days in advance of your plan’s renewal date, and continues for 60 days after your plan renews.