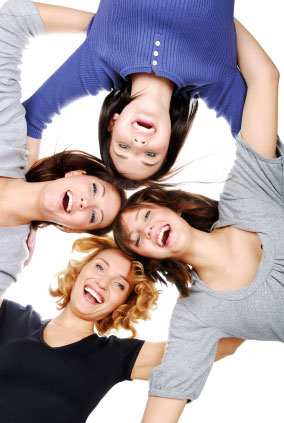 It’s all about women.

Monday’s announcement by the Obama Administration was a loud, clear, shout out to women across the country. The message: the government wants to do more for women’s health – a lot more.

The focus of Monday’s announcement was clearly about prevention and a huge commitment to preventive services for women. Not only will the federal government require new health plans to cover a long, long, long (yes, it’s THAT long) list of preventive services, but the plans will have to do so without charging co-pays or deductibles.

The enormity of this requirement should not be overlooked. It should, in fact, only strengthen Americans’ appreciation for the goals of health reform. This is the same reform that’s already promising coverage of maternity care for individual health insurance policyholders.

This one determination will affect as many as 34 million women, but also millions more Americans who are the families, friends, colleagues and employers of those women. Obviously, the health of a woman affects those around her.

Sadly, Monday’s headlines – which should only have heralded the Obama Administration’s commitment to women’s health – were pushed to the side to make room for a huge focus on a controversy over birth control.

We’re not saying there shouldn’t be a discussion about the contraception that will be covered within the scope of these preventive services. Obviously, Americans are using contraception – and they also want it covered. Aside from the inevitable religious arguments over whether some of the contraceptives covered constitute abortion, there’s a whole range of reasoned arguments for coverage of contraception, which is – Hello – prevention.

But contraception is only one part of this huge new focus on prevention within the Affordable Care Act. (You’ll recall that senior citizens will also receive free preventive services under the ACA.)

Remember prevention? That’s where we spend a lot less money now to prevent medical and financial – and even psychological and social – catastrophes later on. Well, this new focus on prevention is all about women – and it’s long overdue.

Here’s a short list of the preventive services that women can expect their insurers to cover (in addition to contraceptives):

The message behind these benefits is loud and clear. Americans should respond accordingly by ignoring the strategically placed distraction over contraception and replacing it with a standing ovation for the enormous benefits that women everywhere will soon realize.