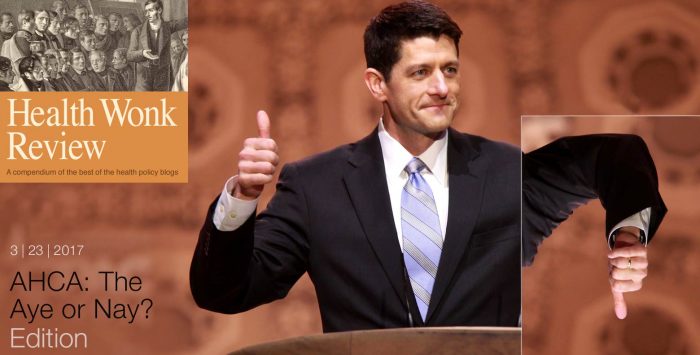 Louise Norris has posted the AHCA: The Aye or Nay? Edition of Health Wonk Review, over at at Colorado Health Insurance Insider.

True to the title, this edition is loaded up with perspectives on the Republicans’ Obamacare repeal legislation: the American Health Care Act (AHCA). The bill – as Louise points out – “would repeal many of the ACA’s spending-related provisions and implement replacements for some aspects of the ACA.”

But don’t take her word for it. About half of the posts weigh in on the legislation, including this must-read from Harold Pollack.

Next up: The April 6 edition of HWR, hosted by Hank Stern at InsureBlog.