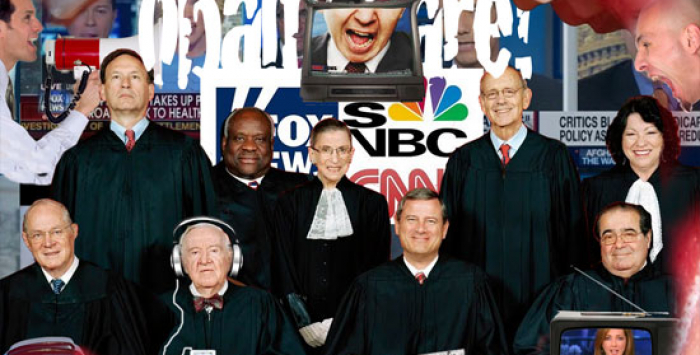 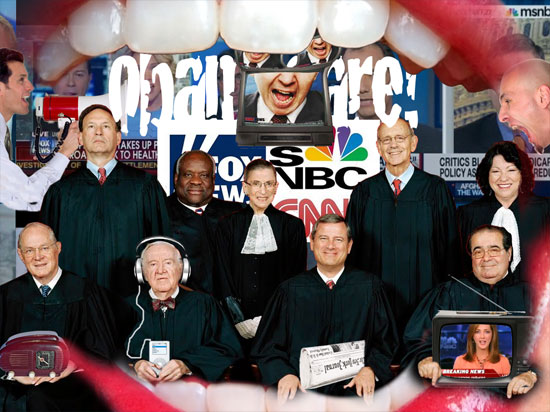 In 2009, when someone asked Nancy Pelosi a question implying that health reform legislation might be unconstitutional, she replied: “Are you serious?”

Pelosi wasn’t alone. At the outset, many legal scholars considered the challenge to the Affordable Care Act (ACA) both “implausible” and “frivolous.”

But over the next two years, the notion that state courts might strike down the ACA took on a life of its own. Most people had only a hazy idea of what was actually in the legislation; nevertheless the idea of “health reform” inspired heated rhetoric. Soon, state attorneys general and governors responded to the political opportunities, banding together to make what Slate Senior Editor Dahlia Lithwick calls, “novel arguments in the form of what was always a constitutional Hail Mary pass … It’s no accident that until the lower district courts started striking down the act, none of the challengers really believed that they could succeed.”

Yet somehow, this week, the highest court in the land is hearing oral arguments in a case that even supporters viewed as a long shot. How did this happen?

The media played a major role, fanning political passions by quoting every challenge – including the absurd claim that the bill called for “death panels.” As Rachel Maddow observed Monday night: this case was “built up as the Super Bowl of American partisan politics.” Thus, the Supreme Court was left with little choice: it had to hear “The Case of the Century.”

Why media fanned the flames

Why did reporters latch onto the story? First, the media is in the business of selling newspapers and air time. Health reform is a “hot-button” topic.

Secondly, as Linda Greenhouse explains in a scathing New York Times Op-ed: “Journalistic convention requires that when there are two identifiable sides to a story, each side gets its say, in neutral fashion, without the writer’s thumb on the scale” – even when “one side of a controversy obviously lacks merit.” (This is what some call “balanced” reporting.)

“Journalistic accounts of court cases … treat the arguments on both sides with equal dignity,” explains Greenhouse, a Pulitzer Prize winner who has covered the Supreme Court for 30 years, and now teaches at Yale’s law school. “So it’s perhaps not surprising that just about half the public apparently believes that … the individual mandate is unconstitutional.” But Greenhouse comes down on the side “truth-telling” over “balance”:

“I’m here to tell you: that belief is simply wrong. The constitutional challenge to the law’s requirement for people to buy health insurance … is rhetorically powerful but analytically so weak that it dissolves on close inspection. There’s just no there there.”

Nevertheless the media succeeded in blowing the story up, and in two years, what constitutional experts thought was a non-story became a Supreme Court case.

Over that time, the U.S. Constitution hasn’t changed. The challenge is as thin as it was in 2010, when Charles Fried, who served as soliciter general under President Ronald Reagan, told ABC News that “anyone” who questions the constitutionality of the Affordable Care act “is either ignorant – I mean, deeply ignorant – or just grandstanding in a preposterous way. It is simply a political ploy and a pathetic one at that.”

Prominent legal scholars also spoke out: “States can no more nullify a federal law like this than they could nullify the civil rights laws” said Timothy Stoltzfus Jost, a health law expert at Washington & Lee University School of Law.  Mark A. Hall, a law professor at Wake Forest agreed: “There is no way this challenge will succeed in court,” adding that the cases brought by the states seem “sort of an act of defiance, a form of civil disobedience if you will.” In other words, this was a Tea Party demonstration.

Initially, reform’s opponents lost in two state courts where judges appointed by Democrats ruled against them. They also lost their first case in an Appeals Court where Laurence Silberman, a conservative Reagan appointee who is regarded as a serious constitutional scholar, concluded that there is “no textual support” in the constitution “that mandating the purchase of health insurance is unconstitutional.

But other Republican judges sided with the challengers – most importantly in Florida, where that state and 26 partner states won. The mandate was no longer a Tea Party talking point; it had become an issue that Congressional Republicans took seriously.

This was not always the case. Until very recently, scholars who specialize in the history of health reform explain, the proposition that “it is wrong to allow people who can afford insurance to shift the cost of their care to others by refusing to provide responsibly for their future health needs” enjoyed “broad bi-partisan support … Indeed, ten current Republican Senators who now oppose the minimum coverage requirement as unconstitutional previously sponsored or cosponsored legislation that included an individual mandate.”

‘No free riders’ means everyone must pay

Republicans, like Democrats understood that at some point in time, virtually everyone will need health care. If we don’t want to let “free riders” impose the cost of their care on all of us, we must ask everyone to buy coverage.

Yesterday, Chief Justice John Roberts asked if the government has the power to require that everyone buy a cell phone. The answer is “No,” because cell phones are not a necessity. If someone doesn’t have one, the rest of us don’t feel obliged to buy one for him. But health care is a necessity. And in our society, we are not inclined to leave people to bleed to death on the sidewalk because they didn’t buy insurance.

It is only recently, as healthcare reform became “Obamacare,” that conservatives have disavowed a mandate they once embraced. In other words, it seems that they are objecting, not to the idea everyone who can afford it should purchase insurance, but rather to the fact that President Obama has succeeded in doing what so many past presidents have tried and failed to do.

Could it be that this debate is really not about the Constitution, but instead, about what Senate Minority Leader Mitch McConnell has called Republicans’ “number one goal” – to get Obama out of the White House?

That said, I remain extremely hopeful that when the justices hand down a decision in June, they will act as officers of the court, not as politicians.