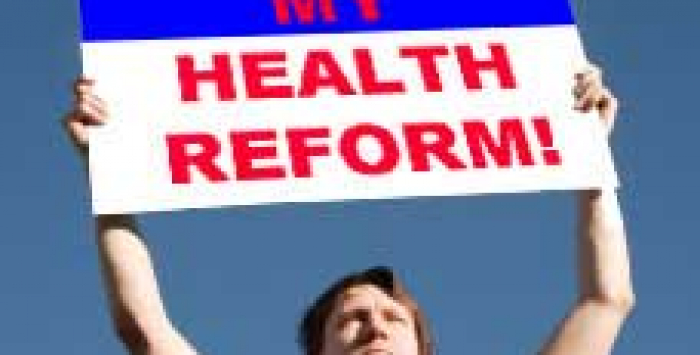 How ‘ya gonna keep ’em down on the farm
(after they’ve seen Paree?)

We love that old post-World War I tune, but we feel like it’s due for an update – and we think it could go something like this:

How ‘ya gonna keep ’em satisfied with the health insurance status quo after they’ve seen the benefits of health reform?

Ok. It doesn’t really roll off the tongue, but we think Americans would do well to reflect on the lyrics.

Maybe. But here’s the thing: Americans have now seen much of what that the health reform law promised: extended coverage for college-age dependents, free preventive services for seniors, provisions that prevent denial of coverage to children with pre-existing conditions, a federal pre-existing condition insurance program, summaries that will clearly spell out a plan’s benefits (before you buy), and agencies that make it easier for consumers to appeal the denial of coverage or claims – and more.

For all of the fears about intrusion in our lives, health reform has actually intruded in lots of ways that will make many Americans’ lives easier.

A ruling against the individual mandate would make it harder – and perhaps impossible – to implement some of the most promising provisions the ACA has yet to offer. Most notably, the health insurance exchanges scheduled to go online in 2014 would make it easier to find a quality health plan wherever you live, easier to afford one even if you are economically strapped, and easier for folks with pre-existing conditions to be be approved for one.

We know there’s a possibility that individual mandate could be struck down by the Supreme Court. But would that ruling turn Americans against the aforementioned reform provisions? We don’t think so.

Yes, we get that many Americans may fear and/or loathe the idea of the government imposing an expense like health insurance upon all citizens. But Americans are also beginning to see provisions of health reform that stand to remove much of the frustration that consumers have faced for decades.

This week, former U.S. Labor Secretary Former Secretary Robert Reich predicted that if the individual mandate is ultimately struck down, the ruling will actually make Americans more receptive to something really dramatic: a move toward universal health care.

We don’t expect anything that dramatic immediately, but we wouldn’t be at all surprised to hear Americans fighting to keep the reform gains that have already materialized. Maybe – just maybe – in 2012, we’ll hear millions shouting, “Hands off my health reform!”