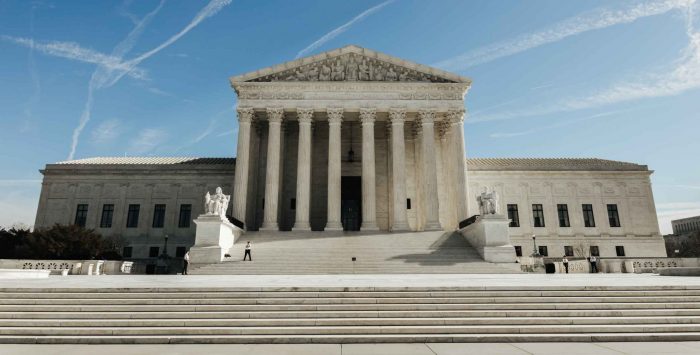 The U.S. Supreme Court has ruled in favor of health insurers that had sued the federal government over the massive funding shortfalls for the Affordable Care Act's risk corridors program.

Anyone who loses their employer-sponsored health insurance – due to COVID-19 or any other reason – has access to a special enrollment period during which they can buy health insurance in the individual market, on-exchange or off-exchange. But most of the state-run health insurance exchanges (ie, the ones that run their own enrollment platforms instead of using HealthCare.gov) also opened up general enrollment windows over the last several weeks, allowing anyone who didn’t already have health insurance to sign up for coverage. Those windows have already closed in Connecticut and Minnesota. And they’ll end this Thursday in Colorado and Rhode Island.

To be clear, anyone experiencing a qualifying event will still be able to enroll in health coverage, regardless of where they live. And Medicaid/CHIP enrollment continues year-round. But for uninsured people in Colorado and Rhode Island who don’t otherwise have a qualifying event, the deadline to sign up for private coverage in the exchange will end on Thursday.

Several of the state-run exchanges that have opened up COVID-19 enrollment windows are reporting significant numbers of people signing up for coverage:

There are likely also tens of thousands of people enrolling via HealthCare.gov every day, utilizing special enrollment periods triggered by loss of employer-sponsored coverage. And in states that have expanded Medicaid under the ACA, Medicaid is serving as a health coverage safety net for people who have lost their income.

Unfortunately, but not surprisingly, scammers are taking advantage of the COVID-19 pandemic. Some are preying on fears in an effort to sell shoddy insurance products, while others are using the pandemic to commit outright fraud. Insurance regulators in many states are warning residents to be on the lookout for scams, and reminding residents that all health plans sold in the exchange will include coverage for COVID-19 testing and treatment. (Testing is covered with no cost-sharing; treatment may or may not require cost-sharing, depending on where you live and which insurer provides your coverage.) Some examples of recent warnings from insurance regulators provide good advice for people in every state:

Earlier this month, Virginia Governor Ralph Northam signed several pieces of health care reform legislation into law. But he did not sign a bill that directs the state to seek federal permission, via a 1332 waiver, to allow self-employed people to enroll in association health plans. Instead, Northam sent the bill back to lawmakers with a recommendation that they reconsider it during next year’s session.

Last week, the Virginia Senate voted to reject that recommendation and sent the bill back to Governor Northam. It’s worth noting that the Virginia Bureau of Insurance has told lawmakers that it’s unlikely that a 1332 waiver could be used for this purpose, and last year a federal judge overturned the Trump administration’s rule that would have allowed self-employed people nationwide to enroll in association health plans.

New Mexico is one of the states where the exchange still has SHOP plans available for small businesses. Nationwide, small-group plans have varying requirements for employer premium contributions and employee participation (with a one-month window each fall when these requirements are waived). But New Mexico’s SHOP exchange has eliminated those requirements.

Last fall, New Mexico’s exchange, BeWellnm, did away with the premium contribution requirements for employers, allowing the employers to determine how much of their employees’ premiums they would cover. And now BeWellnm has also eliminated the participation requirements, so a small group can enroll at any time of the year, regardless of what percentage of employees participate in the plan.

But GOP lawmakers changed the rules in late 2014, retroactively making the program budget-neutral. Insurers in the individual market generally were not profitable in those early years, and the end result was a $12 billion shortfall for the risk corridors program. This caused quite a few small insurers – mostly CO-OPs – to go out of business altogether, and triggered several lawsuits. Insurers argued that the retroactive rule change essentially amounted to a bait-and-switch, with the federal government pulling their safety net out from under them after they had already committed to the ACA-compliant individual market.

The Court’s ruling consolidated cases brought by Maine Community Health Options (one of the CO-OPs that remains in business), Moda Health Plan, Blue Cross and Blue Shield of North Carolina, and Land of Lincoln Mutual Health Insurance Company (one of the CO-OPs that ceased operations, largely as a result of the $73 million they were supposed to receive from the risk corridors program). The majority ruling, penned by Justice Sonya Sotomayor, stated that “These holdings reflect a principle as old as the Nation itself: The Government should honor its obligations.”

The risk corridors program ended years ago, and the small insurers that closed as a result of the shortfalls are long gone. But the court’s ruling opens the way for numerous insurers to receive the money that they are owed under the program. It’s unclear, however, how the funds will ultimately be distributed, and how the money might affect medical loss ratios for 2020.