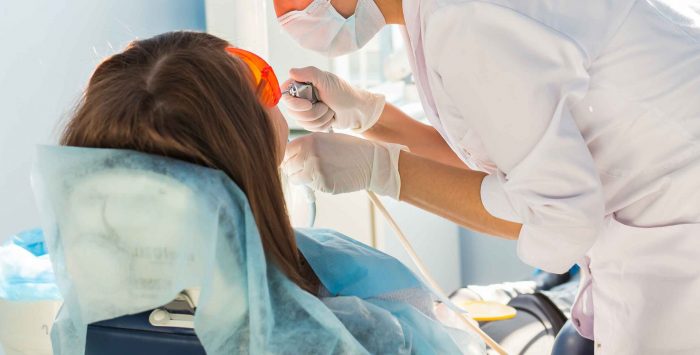 Under a new West Virginia law, the state's Medicaid program will cover adult dental care, providing up to $1,000 in non-cosmetic dental services per adult enrollee, per year. | Image: satura_ / stock.adobe.com

The COVID-19 pandemic has resulted in millions of Americans losing their jobs. For many of them, that has also meant losing their employer-sponsored health insurance. Loss of coverage is a qualifying event that triggers a special enrollment period for a plan in the individual market, and that opportunity is available nationwide. But most of the fully state-run exchanges also opted to offer a special enrollment period for anyone without health insurance, regardless of whether they had a qualifying event. Those windows are still ongoing in seven states and Washington, DC, although the window ends this Friday in Washington State. After May 8, Washington State residents will need a qualifying event in order to enroll in an individual market plan.

The COVID-19 special enrollment periods in Vermont and Nevada will end the following Friday, on May 15. After that, residents in those states will need qualifying events in order to enroll in health insurance plans. New York’s COVID-19 special enrollment period had been scheduled to end May 15, but that deadline has now been pushed out to June 15.

Missouri is one of 14 states where Medicaid eligibility still has not been expanded. But it appears that voters will get a chance to decide the issue this fall, as an initiative to expand Medicaid is almost certain to appear on the state ballot. Proponents will need 172,000 signatures to get the initiative on the ballot. Despite the fact that the COVID-19 pandemic shut down in-person signatures drives in March, the  Healthcare for Missouri campaign submitted early 350,000 signatures to the Missouri Secretary of State’s Office last Friday. Assuming at least 172,000 of the signatures are verified, the measure will be on the ballot.

If voters approve the ballot initiative, Missouri will join Maine, Idaho, Nebraska, and Utah in implementation of Medicaid expansion by ballot initiative (as opposed to other states, where Medicaid expansion has been done via legislation or executive orders). But GOP lawmakers are also considering HJR106, which would also have voters decide whether to impose a Medicaid work requirement in Missouri. Work requirements in other states currently face an uncertain legal future.

For the last year, lawmakers, regulators, and public health officials in Colorado have been working on a public option proposal that they had hoped to make available to consumers by late 2021, with coverage effective in 2022. The proposal had been through multiple drafts and actuarial analyses, and highly anticipated legislation to officially create it was introduced by three Colorado lawmakers in early March. But the subsequent COVID-19 pandemic essentially halted progress on the bill and the budget shortfall caused by the pandemic made it very unlikely that the bill could succeed this year. Earlier this week, Colorado Democrats announced that they were abandoning the bill for now due to the COVID-19 situation, although they’ve vowed to try again in 2021.

Earlier this week, a three-judge panel for the Ninth Circuit Court of Appeals upheld a lower court’s ruling that blocked the Trump Administration’s health insurance requirements for new immigrants. It would have been difficult or impossible for many immigrants to comply with the rules, given the existing constraints within our health insurance system (ie, medical underwriting on travel policies and short-term policies, residency requirements for ACA-compliant plans, and the length of time between application and effective dates for an ACA-compliant plan). The case could still end up before the U.S. Supreme Court, but for the time being, immigrants are not subject to special health insurance requirements.

Late last year, the Trump administration finalized a new rule that requires health insurers to send two separate invoices to members each month if their health plan includes coverage for non-Hyde abortions. This week, the administration issued a wide-ranging set of rules aimed at addressing the COVID-19 pandemic, including a 60-day delay for the abortion invoice rule. It was initially scheduled to take effect as of an insurer’s first billing cycle after June 27, 2020. That has now been pushed out to August 26.

West Virginia SB648, enacted last month, calls for the state’s Medicaid program to cover adult dental care. West Virginia’s Medicaid program has thus far only covered emergency dental care for adults. But the new law will allow the state to provide up to $1,000 in non-cosmetic dental services per adult enrollee, per budget year. In the 2021 fiscal year, the state expects to spend nearly $63 million on dental care for adult Medicaid enrollees, but the federal government will cover nearly all of the cost, leaving West Virginia responsible for only about $8.8 million. West Virginia will have to submit a state plan amendment and the federal Centers for Medicare and Medicaid Services will have to approve the coverage change. As of last fall, West Virginia was one of 14 states where Medicaid only provided adult enrollees with emergency dental care — or no dental care at all, as was the case in three states.