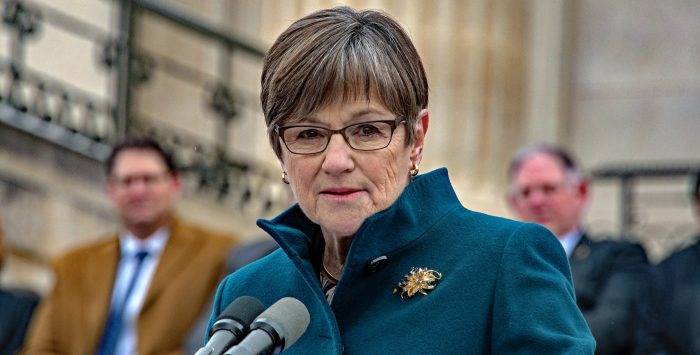 In most of the country, open enrollment for 2020 self-purchased health coverage ended last month. But in DC and five states, residents can still enroll – although the deadline is midnight tonight in Colorado and Connecticut. After that, enrollment will continue in Massachusetts (through January 23), as well as in Washington, DC, New York, and California. (The deadline for those three states is January 31.)

Medicaid expansion might be a reality in Kansas by 2021

Kansas is among the dwindling minority of states that still haven’t accepted federal funding to expand Medicaid, but that might change as of next year. Democratic Gov. Laura Kelly and Republican Senate Majority Leader Jim Denning have announced bipartisan legislation that calls for Medicaid expansion in Kansas starting in January 2021. The proposed legislation also calls for a reinsurance program in Kansas by 2022, in order to lower premiums in the state’s individual insurance market.

The legislation would fully expand Medicaid to 138 percent of the poverty level, as called for in the Affordable Care Act. And in contrast with other conservative-leaning states, it does not include a work requirement. But it does call for the state to seek federal approval to transition people above the poverty level back to private plans in the exchange as of 2022, essentially switching to a partial Medicaid expansion. That’s unlikely to gain federal approval (Utah tried, unsuccessfully, in 2019), but the legislation is clear that Medicaid expansion would continue regardless.

Lawmakers in Maine are considering a substantial healthcare reform bill that would have far-reaching impact if enacted. The bills calls for Maine to create a state-run health insurance exchange, create standardized health plan designs for the individual and small-group markets, and require health plans to cover some primary and behavioral health visits pre-deductible.

In addition, if an actuarial analysis indicates that it would be advantageous in terms of premiums, the state would merge the individual and small group risk pools. (But as David Anderson and Mitchell Stein have noted, merging the risk pools is almost certain to increase premiums in the small group market, so this part of the legislation might be a non-starter.)

As of this month, new rules are in effect in Maine for short-term health plans. Most notably, short-term plans in Maine can now only be sold in-person, so there are no longer any plans for sale online. Short-term plans in Maine must now terminate by the end of the year in which they’re sold, and cannot be sold between November 1 and December 15 (the open enrollment period for ACA-compliant plans) if the plan is to have an effective date in the coming year.

The state also requires brokers selling short-term plans to provide the consumer with details about ACA-compliant plans and how much they’d cost, including any premium subsidies for which the person might be eligible.

In 2016, California started covering low-income children under the state’s Medicaid program (Medi-Cal) regardless of their immigration status. As of this month, the state has extended that to include young adults through age 25. California expects as many as 90,000 undocumented young adults to enroll in Medi-Cal this year as a result of the rule change, but there are concerns that some eligible young people might not enroll because they’re fearful of the Trump administration’s immigration policies.

Virginia’s current rules regarding short-term health insurance plans are somewhat complicated, but the end result is that plans with initial terms of up to 364-day terms are available, and plans can have total durations, including renewals, of up to 36 months.

But for the first time in nearly three decades, Virginia’s government has a Democratic trifecta. And lawmakers in the state are considering legislation that would sharply limit short-term plans as of mid-2020 – capping them at three months, prohibiting renewals, banning their sale during the open enrollment period that applies to ACA-compliant plans, and imposing a minimum medical loss ratio of 85 percent.

Lawmakers in Delaware are considering legislation that would cap the cost of insulin on state-regulated health plans. If enacted, the bill would take effect in 2021, and would cap an enrollee’s insulin costs at $100/month. It would also require health plans to include at least one formulation of insulin in the plan’s lowest formulary tier.

A similar bill took effect in Colorado this month, although Colorado lawmakers are considering an adjustment to clarify that the $100 cap should apply per month, as opposed to per prescription, since some people with diabetes need multiple insulin prescriptions each month. Delaware’s legislation is clear on this point, stating that an insured would pay no more than $100 per month “regardless of the amount or types of insulin needed to fill the covered individual’s prescriptions.”

New Hampshire is working on a reinsurance program