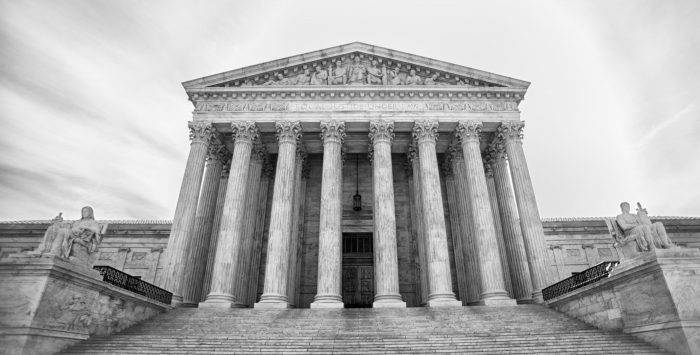 For Americans who buy their own health insurance, open enrollment for 2020 coverage is still ongoing in Massachusetts, but only until tomorrow (Thursday) night. Enrollment is also still underway in California, Washington, DC, and New York, and residents in those areas have until the end of January to sign up for coverage. Enrollment has already ended in the rest of the country – it starts again in November – but people who experience certain qualifying events can still enroll in 2020 health coverage.

Earlier this month, 19 Democratic-led states and the U.S. House of Representatives asked the Supreme Court to step in and hear the lawsuit that threatens to overturn the Affordable Care Act, without having to wait for the case to make its way through a lengthy appeal process. This week, the Supreme Court said no, so the case will remain with a lower court for the time being. The Court’s decision takes some pressure off President Trump and GOP lawmakers, who have scrambled to come up with an alternative to the ACA, and it continues the uncertainty – for both insurers and people enrolled in ACA-compliant coverage – that the lawsuit has caused.

New Jersey awards contracts for the creation of state-run exchange

New Jersey currently uses HealthCare.gov, but the state plans to transition to its own enrollment platform this fall. As it works towards establishing a fully state-run exchange, New Jersey has selected GetInsured as its technology vendor, and MAXIMUS as its consumer assistance center vendor.

The debate over a proposed public option health plan in Colorado is likely to incite a showdown in the state’s legislature this session. The Colorado Hospital Association has expressed opposition to the proposal that was drafted by state regulators, and dark money groups are already running ads in Colorado against the impending legislation. The Colorado Sun reports that doctors are being encouraged to publicly oppose the public option proposal – a move that Democratic lawmaker Dylan Roberts describes as “weaponizing” doctors. But at the same time, the American College of Physicians has endorsed Medicare for All and the public option concept.

Washington is thus far the only state that has passed legislation to create a public option – albeit a fairly watered-down version – which is expected to be available for 2021. Democratic lawmakers in Connecticut are also pushing for a public option during the 2020 session, and legislation has been introduced in Maryland to create a universal healthcare commission that would be tasked with creating a single-payer system in the state.

Medicaid expansion will be on Oklahoma ballot in June or November

Oklahoma is one of a dwindling minority of states that continue to reject federal funding to expand Medicaid. But Medicaid expansion advocates successfully gathered more than enough signatures last year to get the measure on Oklahoma’s 2020 ballot. Earlier this month, Oklahoma’s secretary of state certified the signatures and confirmed that the measure will appear on the ballot. But now it’s up to Republican Gov. Kevin Stitt to determine whether it will be on the primary ballot in June, or the general election ballot in November. Stitt opposes Medicaid expansion and the ballot initiative, and is working to create an alternative proposal.

Legislation is under consideration in Georgia to protect consumers from surprise balance bills in emergency situations, or when a patient receives treatment from an out-of-network provider at an in-network facility. The legislation would limit a patient’s cost-sharing to their normal in-network cost-sharing amounts in those scenarios.

Trinity Healthshare and its administrator, Aliera Healthcare, have faced regulatory action from insurance commissioners across the country over the last several months. Colorado was among the states issuing cease and desist orders against Trinity/Aliera last summer, banning them from marketing the sharing ministry coverage to new enrollees. Colorado regulators have now finalized the case, and all Trinity Healthshare/Aliera Healthcare plans will terminate in Colorado at the end of January.

Last fall, Wyoming submitted an unconventional 1115 waiver proposal to CMS, seeking permission to use Medicaid to provide air ambulance coverage to all state residents. The state wanted to regulate air ambulance services like a public utility, with flat monthly fees instead of the current fee-for-service system, and sliding fee cost-sharing for patients if and when they needed air ambulance services.

But CMS has rejected the state’s proposal, noting that 1115 waivers cannot be used to circumvent the federal Airline Deregulation Act of 1978 (which prevents states from regulating pricing, routes, and services for airlines, including air ambulance providers). The agency also explained that Medicaid’s purpose is to serve the Medicaid-eligible population, and the program could not be used to provide services to residents who aren’t otherwise eligible for Medicaid.

Tennessee lawmakers consider legislation to cap the cost of insulin

After Colorado became the first state to limit out-of-pocket spending on insulin for people with state-regulated health plans, other states have begun to consider similar legislation. Tennessee is the latest, with a bill introduced last week that would cap out-of-pocket insulin costs at $100 per month, regardless of the type or amount of insulin a person needs.