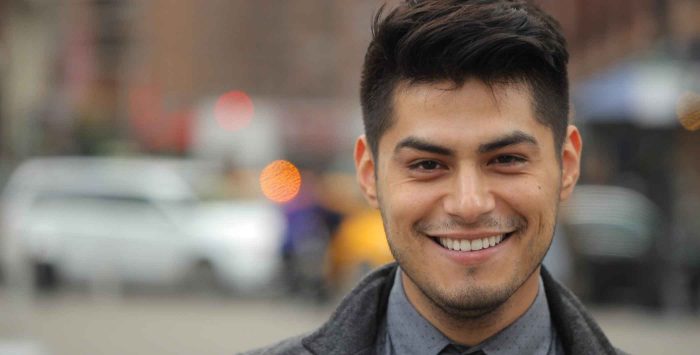 Legal U.S. residents have the same eligibility as citizens to receive subsidies for health insurance purchased in the exchange. | Image: blvdone / stock.adobe.com

Legal U.S. residents have the same eligibility as citizens to receive subsidies for health insurance purchased in the exchange. | Image: blvdone / stock.adobe.com

I’m a legal U.S. resident, but not a citizen. My job doesn’t offer health benefits. Can the ACA help me?

Home > FAQs > I’m a legal U.S. resident, but not a citizen. My job doesn’t offer health benefits. Can the ACA help me?

Q. I’m a legal resident in the United States, but not a citizen.  My job doesn’t offer health insurance, and I haven’t been able to afford individual coverage in the past.  Does the Affordable Care Act help me?

A. Yes, the ACA makes coverage available to you, and you may be eligible for financial help that can lower the cost of your coverage and the out-of-pocket costs you’ll face if you need medical care.

Coverage, with subsidies based on income, is available to lawfully present U.S. residents

Legal U.S. residents have the same eligibility as citizens to receive subsidies for health insurance purchased in the exchange. Since you don’t have an option for coverage through your employer, you may be eligible to receive a subsidy to help pay your premiums (on any metal-level plan) and reduce the out-of-pocket costs (Silver plan only) for your policy. Eligibility for subsidies is based on your household income.

Although there is normally an upper income threshold of 400% of the poverty level (above which premium subsidies are not available), the American Rescue Plan has eliminated that upper income limit for 2021 and 2022. Instead, households with income above 400% of the federal poverty level can qualify for a premium tax credit if the cost of the benchmark plan would otherwise be more than 8.5% of their household income.

The ACA also includes a provision to assist lawfully present recent immigrants who have incomes below the poverty level, even though premium subsidies aren’t normally available in that case. Since most legal permanent residents are not eligible for Medicaid until they have been in the U.S. for five years, many lawfully present individuals would have found themselves in a situation where they earned too little (less than the federal poverty level) to qualify for exchange subsidies but were also not eligible for Medicaid – even in states that expanded Medicaid – based on the amount of time they had been in the United States.

Ironically, about 2.2 million Americans have ended up in the Medicaid coverage gap, in exactly the sort of scenario that lawmakers worked to prevent for lawfully-present recent immigrants. As the ACA was written, people with income up to 138% of the poverty level were to be eligible for Medicaid, and those with income above that level would be eligible for premium subsidies in the exchange instead (and premium subsidies aren’t available to people with income below the poverty level, unless they’re in the situation described above, for lawfully-present recent immigrants).

But two years after the ACA was enacted, the Supreme Court ruled that states could not be forced to expand Medicaid, and 13 states have not yet accepted federal funding to expand their Medicaid programs. In 12 of those states (all but Wisconsin), there’s a coverage gap: People with income below the poverty level aren’t eligible for premium subsidies, and they’re not eligible for Medicaid either, unless they meet the strict eligibility guidelines that the states impose.

Lawmakers created a special provision to allow for premium subsidies for recent immigrants with income below the poverty level, but they never imagined that Medicaid expansion would become optional and that some states — mostly in the south — would leave their poorest residents with no realistic options for health insurance. So there is no similar provision in the ACA to grant premium subsidies to impoverished Americans who aren’t eligible for Medicaid because their states won’t expand Medicaid. 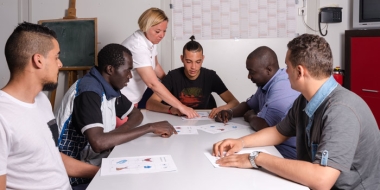 What health insurance benefits are available to refugees and asylees arriving in the United States?

For refugees and people who have been granted asylum in the United States, there are fairly robust health coverage benefits available. 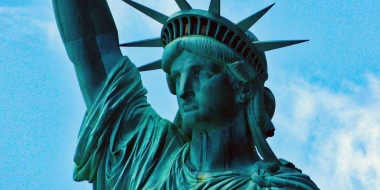 How immigrants can obtain health coverage

Immigrants can enroll in individual health plans during open enrollment just like any other lawfully present U.S. resident. Lawfully present immigrants are eligible for premium subsidies. 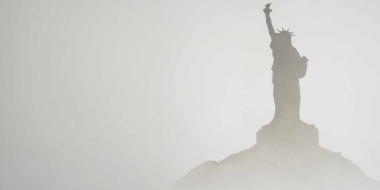 The Trump administration’s 'public charge rule' and favored Medicaid work requirements have been stayed by federal courts. Will those rulings hold? 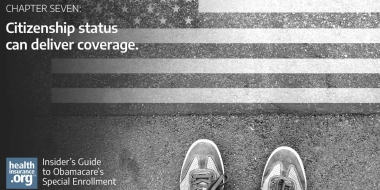 The IRS does require employers to collect SSNs from all covered employees/spouses/dependents, and this information is used for reporting coverage information in Form 1095-B or 1095-C. But this IRS also clarifies that if an SSN is not available, the enrollee can provide a date of birth instead: https://www.irs.gov/affordable-care-act/questions-and-answers-about-reporting-social-security-numbers-to-your-health-insurance-company

My wife is a tourist who legally entered the US on a B1/B2 Visa. She is expected to give birth around late February 2022 and we think she might still be in the US by then given the pandemic lockdowns in our home country. Can she avail of any public health insurance programs (e.g. Medi-Cal, Medicaid, ACA, etc) of to help cover the pre-natal and labor/delivery costs? We couldn’t find any private health insurance program to cover the expected delivery/labor pregnancy costs since they only cover it before conception.

It sounds like you’re in California? If so, the CA marketplace has an extended COVID/American Rescue Plan enrollment window this year, allowing uninsured residents to select a plan anytime until the end of 2021: https://www.coveredca.com/newsroom/news-releases/2021/03/18/covered-california-community-leaders-and-health-plans-highlight-key-american-rescue-plan-provisions-and-lay-out-a-roadmap-to-lower-premiums-and-help-millions-get-covered/
All of the plans available through CoveredCA will provide maternity coverage, and there is no requirement that the plan have been in place prior to conception (those were the old rules, pre-ACA, but that’s no longer applicable for any ACA-compliant plan).

California is also one of the states where recent immigrants do not have to wait five years for Medicaid (Medi-Cal) eligibility if they’re pregnant: https://www.kff.org/health-reform/state-indicator/medicaid-chip-coverage-of-lawfully-residing-immigrant-children-and-pregnant-women/?currentTimeframe=0&sortModel=%7B%22colId%22:%22Location%22,%22sort%22:%22asc%22%7D So if your wife is eligible for Medi-Cal based on your household income, she should be able to enroll in that right away and have coverage for the pregnancy and birth.

Your reply Louise is very much appreciated, and gives more than a glimmer of hope in these trying times. More power to you and best wishes on your current endeavors!