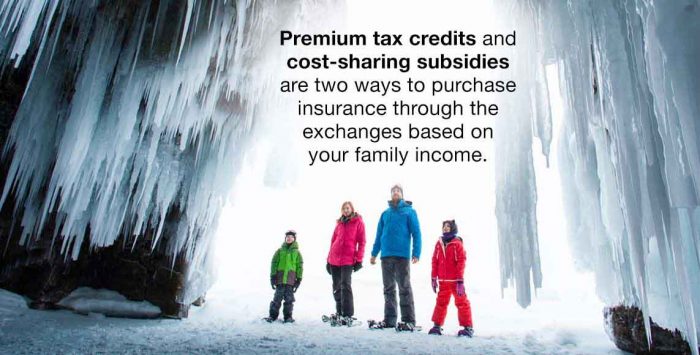 We’re a family of four with an income of $47,000 a year. What kinds of subsidies are available to help us purchase insurance through the exchanges?

Home > FAQs > We’re a family of four with an income of $47,000 a year. What kinds of subsidies are available to help us purchase insurance through the exchanges?

Q. We’re a family of four with an income of $47,000 a year. What kinds of subsidies are available to help us purchase health insurance through the exchanges?

A. There are two types of subsidies for people who buy their own insurance in the state’s marketplaces (a.k.a. health insurance exchanges). Based on your income and family size, you would be eligible for both of them — and premiums subsidies are larger than they used to be, thanks to the American Rescue Plan. In addition, in almost every state, your children will be eligible for the Children’s Health Insurance Program (CHIP) or Medicaid.

Premium tax credits help cover monthly premiums, and the American Rescue Plan has made these tax credits larger than they used to be (the larger subsidies are in effect through the end of 2022, and that could be extended with future legislation).

You can use these tax credits toward the purchase of any plan sold in the exchanges except a catastrophic plan.

Our subsidy calculator will let you estimate how much your subsidy will be, based on where you live and how old you are.

But just to give you an idea of how affordable your coverage might end up being, the national average premium subsidy amount for a family earning $47,000 with two 40-year-old parents and two young children is $1,395/month for 2020.

After that subsidy is applied, the national average cost for the benchmark silver plan for this family would be just $46/month (without a subsidy, it would have been $1,441/month). And that’s for a silver plan — there are many areas of the country where this family could get a bronze plan with no premium at all, after the subsidy is applied, although the silver plan is likely to be a better option due to cost-sharing reductions, discussed below.

(Keep in mind that these average premiums would be for just the parents’ coverage, since the children are almost certainly going to qualify for Medicaid or CHIP.)

Plan availability varies significantly from one area to another, so you’ll want to run the numbers based on your own zip code and ages. You’ll likely find quite a few affordable options.

Cost-sharing subsidies serve two purposes: they lower the plan’s maximum out-of-pocket, and they also increase the plan’s actuarial value (AV), which is a measure of the percentage of an average enrollee’s costs that a plan will pay.

In 2021, the unsubsidized out-of-pocket maximum for an individual is $8,550 ($17,100 for a family). But enrollees who are eligible for cost-sharing subsidies can get plans with lower out-of-pocket limits, as long as they select silver plans:

This means you’d be eligible to get a silver plan with a maximum out-of-pocket of $5,700 for the family in 2021. But again, if the kids are eligible for Medicaid or CHIP, the silver exchange plan would only cover the adults in the household (Medicaid and CHIP out-of-pocket limits are nominal, so they wouldn’t add considerably to the family’s total out-of-pocket exposure).

There’s a good chance that your children will be eligible for CHIP or Medicaid, so in most states, you’ll only be paying for private insurance for the adults in your household.

As long as you select a Silver plan, your out-of-pocket exposure will be capped at $5,700 for the family in 2021 (not including the children, if they end up on CHIP or Medicaid), and your plan will have an AV of roughly 87 percent (that means it will pay 87% of average expected claims, across all enrollees, including those with particularly high claims; for each individual enrollee, the portion of claims paid over the course of the year will vary considerably).

You’ll also be eligible for a premium subsidy that will cover the bulk of the monthly premiums, making the coverage significantly more affordable than it would otherwise be. 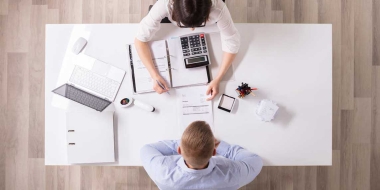 Should I take my ACA premium subsidy during the plan year – or claim it at tax time?

The Affordable Care Act’s premium subsidies are tax credits that can be taken in advance and paid to your health insurer throughout the year, but you also have the option ... 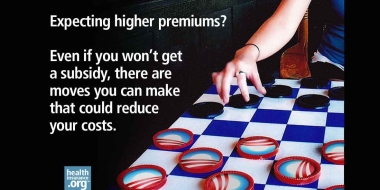 Even if you won't get an ACA premium subsidy, there a handful of strategies you can try to help make your health insurance coverage more affordable in 2014 and beyond.

Our ACA subsidy calculator estimates your premium subsidy based on your income, age and household size. 89% of exchange enrollees for 2022 received premium subsidies. 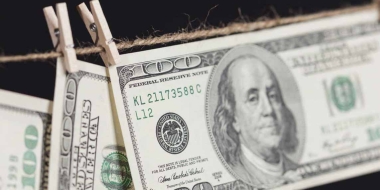