Find a plan.
How much could you save on 2023 coverage?
Compare health insurance plans in Delaware and check your subsidy savings.

But for 2023, Aetna is rejoining the exchange (after leaving at the end of 2017) and AmeriHealth is also joining, bringing the number of participating insurers to three.

What type of health insurance marketplace does Delaware utilize?

Delaware’s exchange is a partnership between the state (Choose Health Delaware) and HHS, with residents enrolling through HealthCare.gov. Delaware is responsible for plan management and consumer assistance while the federal government handles all other functions.

When can people enroll in health insurance in Delaware?

The open enrollment period for individual/family health coverage runs from November 1 through January 15 in Delaware. Outside of open enrollment, a qualifying event is necessary to enroll or make changes to your coverage. If you have questions about open enrollment, you can read more in our comprehensive guide to open enrollment.

Which health insurance carriers offer coverage in the Delaware marketplace?

For 2023, three insurers will offer plans in Delaware’s exchange:

Aetna and AmeriHealth are both new for 2023. From 2018 through 2022, Highmark was the only insurer that offered exchange plans in Delaware, after Aetna exited the state’s market at the end of 2017.

For 2021 and 2022, Delaware was the only state in the country with just one participating exchange insurer (there were partial areas of other states with just a single insurer offering plans). Although Aetna rejoined the marketplaces for 2022 in several states where they had previously exited, they did not rejoin Delaware’s marketplace at that point. But they are rejoining as of 2023, with plans available for purchase as of November 2022.

How are Delaware exchange premiums changing for 2023?

For 2023 coverage, Highmark has proposed an average rate increase of 5.5% (note that none of this proposed rate increase had anything to do with whether the American Rescue Plan subsidy enhancements would continue, so it did not need to be adjusted after the Inflation Reduction Act was enacted). The two new insurers don’t have any applicable rate changes, since their plans will be new for 2023.

The proposed rates are under review by state regulators and will be finalized before the start of open enrollment for 2023 coverage.

Average rate changes only tell part of the story, however. They don’t account for premium subsidies, which offset premium costs for the majority of Delaware’s exchange enrollees. They also don’t account for the fact that premiums increase with age, even if an insurer doesn’t increase its overall average rates. For perspective, here’s a look at how premiums have changed in Delaware’s exchange in prior years:

How many people are enrolled through Delaware's health insurance exchange?

During the open enrollment period for 2022 coverage, 32,113 people enrolled in medical insurance plans through Delaware’s health insurance marketplace. This was by far a record high for the state’s exchange, driven in large part by the American Rescue Plan‘s subsidy enhancements (which have been extended through 2025 under the Inflation Reduction Act).

In line with most other states, Delaware’s exchange enrollment had dropped each year from 2016 through 2019. But enrollment began to trend back up again in 2020, driven in part by Delaware’s new reinsurance program (which resulted in lower premiums for people who don’t get premium subsidies, making coverage more affordable for that population).

Enrollment in individual market plans through Delaware’s exchange has reached the following totals during open enrollment each year:

Although enrollment in the exchange dropped about 20% from 2016 through 2019, Delaware’s 1332 waiver proposal noted that total individual market enrollment in the state (including on-exchange and off-exchange enrollment) had dropped by 37% in that same time period.

Off-exchange enrollees don’t get premium subsidies, but the state’s new reinsurance program has made their coverage more affordable, potentially resulting in enrollment gains outside the marketplace as well. But it’s noteworthy that the American Rescue Plan has temporarily eliminated the “subsidy cliff” (income cap on subsidy eligibility), and the Inflation Reduction Act has extended that through 2025. So for the time being, there are fewer people who don’t qualify for subsidies, since subsidy eligibility now extends to higher income levels.

Although the ACA remains the law of the land, Delaware’s new law ensures that if the ACA is ever repealed or changed, its consumer protections will remain in effect in Delaware.

This includes provisions such as guaranteed-issue coverage (regardless of medical history), coverage for essential health benefits, a ban on lifetime and annual benefit maximums, limits on out-of-pocket costs, and rules regarding the factors that insurers can use to set premiums. Governor Carney also signed legislation that ensures adult Medicaid enrollees in Delaware will have dental coverage.

In June 2019, Governor Carney signed HB193 into law, paving the way for Delaware to create a reinsurance program in order to stabilize the state’s individual insurance market. The legislation called for an assessment on insurers in the state, plus federal pass-through funding to cover the cost of the reinsurance program.

Reinsurance programs work by paying a portion of high-cost claims, which reduces costs for insurers:

Because their claims costs are lower, insurers can charge lower premiums. This results in higher enrollment among people who have to pay full price, and it also means that the federal government spends less on premium subsidies, as the subsidies don’t have to be as large in order to bring net premiums down to an affordable level.

States can use a 1332 waiver in order to request pass-through funding, which means the state (instead of the federal government) gets to keep the savings that result from the premium subsidies being smaller. The state then uses that money to fund the reinsurance program. Numerous states have implemented reinsurance programs over the last couple of years, and have seen improvement in their individual markets as a result.

With the reinsurance program in place, Delaware projected that premiums in the individual market to be 13.7% lower in 2020 than they would otherwise have been, and that enrollment in the individual market would increase by as much as 2.3%, thanks to smaller premiums for people who don’t get premium subsidies (for those who do get subsidies, the subsidies shrink commensurately with the cost of the benchmark plan). As noted above, overall average premiums decreased by 19% in Delaware in 2020.

No discrimination against transgender enrollees

In March 2016, Delaware became the 15th state to prohibit health insurance companies from discriminating against transgender enrollees. The rules apply both on and off exchange, and in the individual and group market.

The bulletin issued by Insurance Commissioner Karen Weldin Stewart specifically notes that while the plan that constitutes the Essential Health Benefits benchmark plan in Delaware for 2016 did have an exclusion for “change of sex surgery” (except for correcting a congenital defect), the bulletin detailing the ban on transgender discrimination supersedes the benchmark plan design, and that insurers may not issue such a blanket exclusion.

Specialty drugs and insulin costs are capped under Delaware law

Delaware is one of several states that have taken steps to limit patients’ out-of-pocket costs for prescription drugs. Delaware law limits specialty drugs to $150/month copays or coinsurance. The regulations apply on and off-exchange, and to employer-sponsored plans that are regulated by the state (self-insured plans are regulated by the federal government under ERISA instead). And Delaware insurance plans are not allowed to designate all drugs in a particular drug class as specialty drugs, so patients shouldn’t have a situation in which their only available drugs are specialty drugs.

Delaware HB263, enacted in July 2020, caps out-of-pocket costs for insulin at $100 per month on all individual and group plans that are regulated by the state of Delaware (note that states to not regulate self-insured group plans). Plans are also required to include at least one insulin product in the lowest tier (ie, least expensive) of the plan’s covered drug list. The rule took effect for plans issued or renewed after the end of 2020.

In the months leading up to the Supreme Court’s 2015 ruling on King v. Burwell, Delaware devised a back-up plan. Because Delaware uses the federally-run marketplace (the state has a partnership exchange, which is a variation of the federally-run exchange), subsidies were in jeopardy in the state. If the King plaintiffs had prevailed, an estimated 18,000 people would have lost their subsidies in Delaware.

And statewide, the entire individual market would have seen spiraling premiums over the next few years as healthy individuals dropped coverage that became unaffordable without subsidies. To avoid that outcome, the state submitted a proposal for transitioning from a state-federal partnership exchange to a federally-supported state-based marketplace (Oregon, Nevada, Arkansas, Kentucky, and New Mexico use that model as of 2019, with state-run exchanges that utilize Healthcare.gov for enrollment).

And on June 15, 2015, HHS issued conditional approval for Delaware’s plan (Pennsylvania and Arkansas also got conditional approval for state-run exchanges as contingency plans in case the Court had sided with King). At that point, Delaware was the only state with a Democratic governor and Democratic majority in both congressional chambers that didn’t have a state-run exchange, in large part because the state’s small population would make it financially difficult to sustain an exchange.

But then on June 25, the Supreme Court ruled that subsidies are legal in every state, including those that use the federally-run marketplace, meaning that subsidies would continue to be available in Delaware regardless of whether the state runs its own exchange. Initially, it was unclear whether Delaware would continue with their plan to implement a supported state-based marketplace.

The state issued a press release immediately after the King verdict was announced, stating that they would continue to evaluate the possibility of transitioning the exchange, and make a decision later in the summer. But in August 2015, Delaware officials announced that they would continue to operate as a state-federal partnership exchange, noting that it would be more cost-effective than operating their own exchange.

Other types of health coverage in Delaware 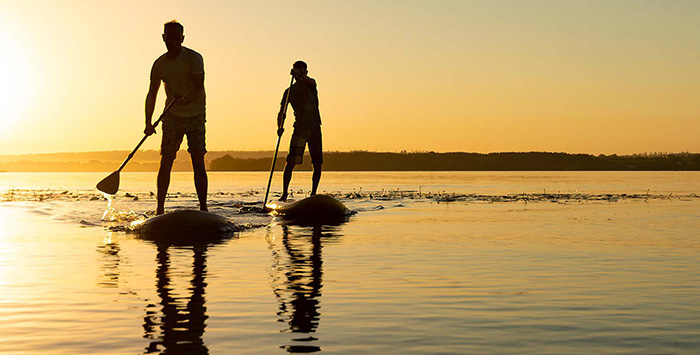 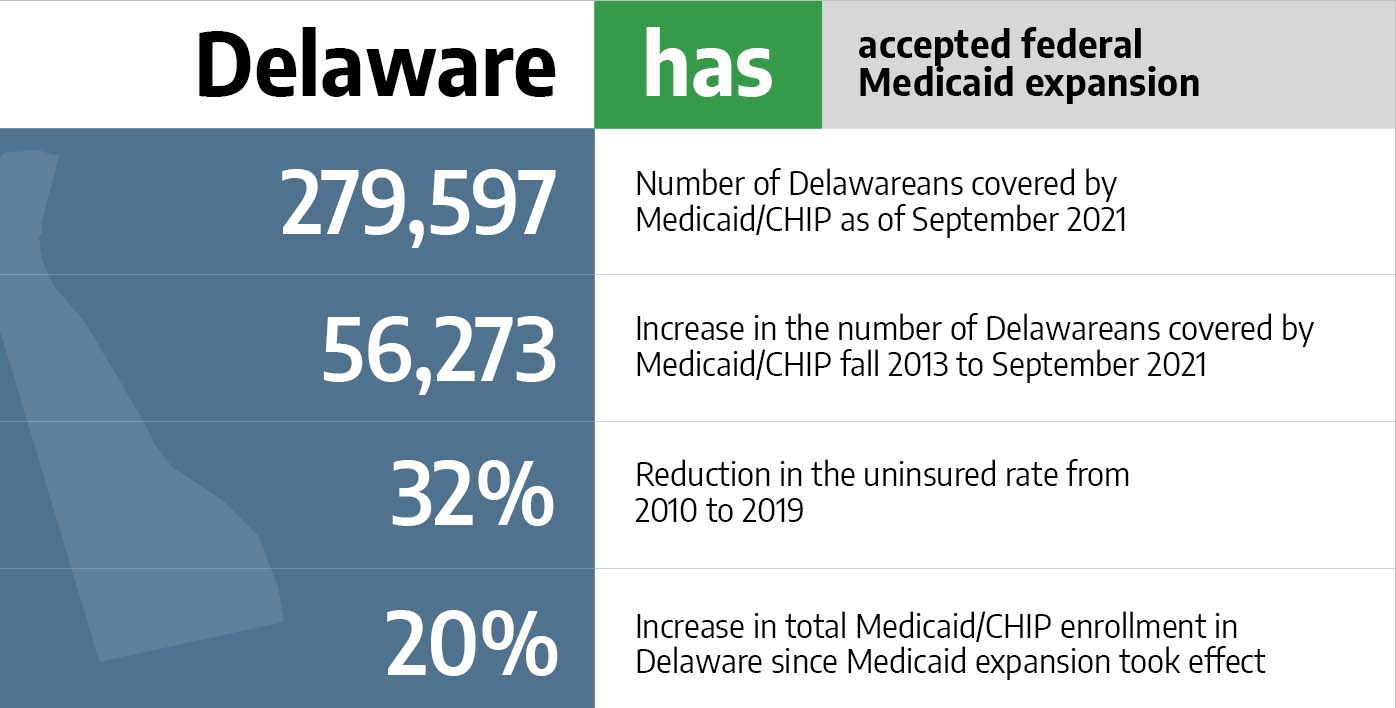 Since expansion of Medicaid eligibility, Delaware's Medicaid enrollment has grown by over 55,000 people. 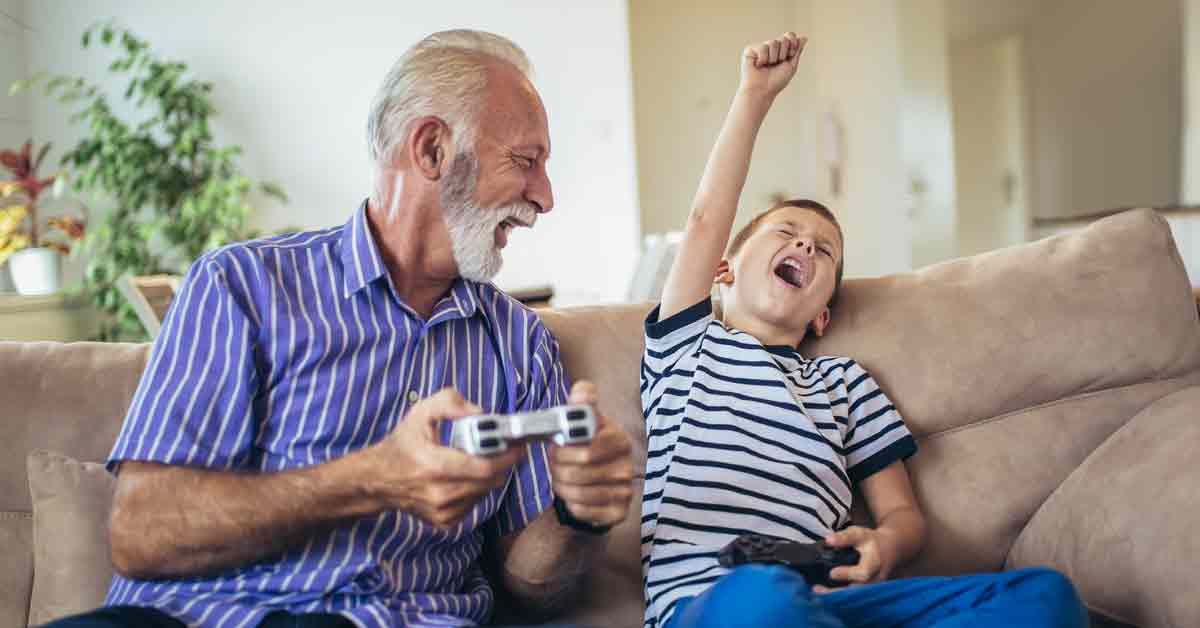 Nearly 22 percent of residents are enrolled in Medicare in Delaware. 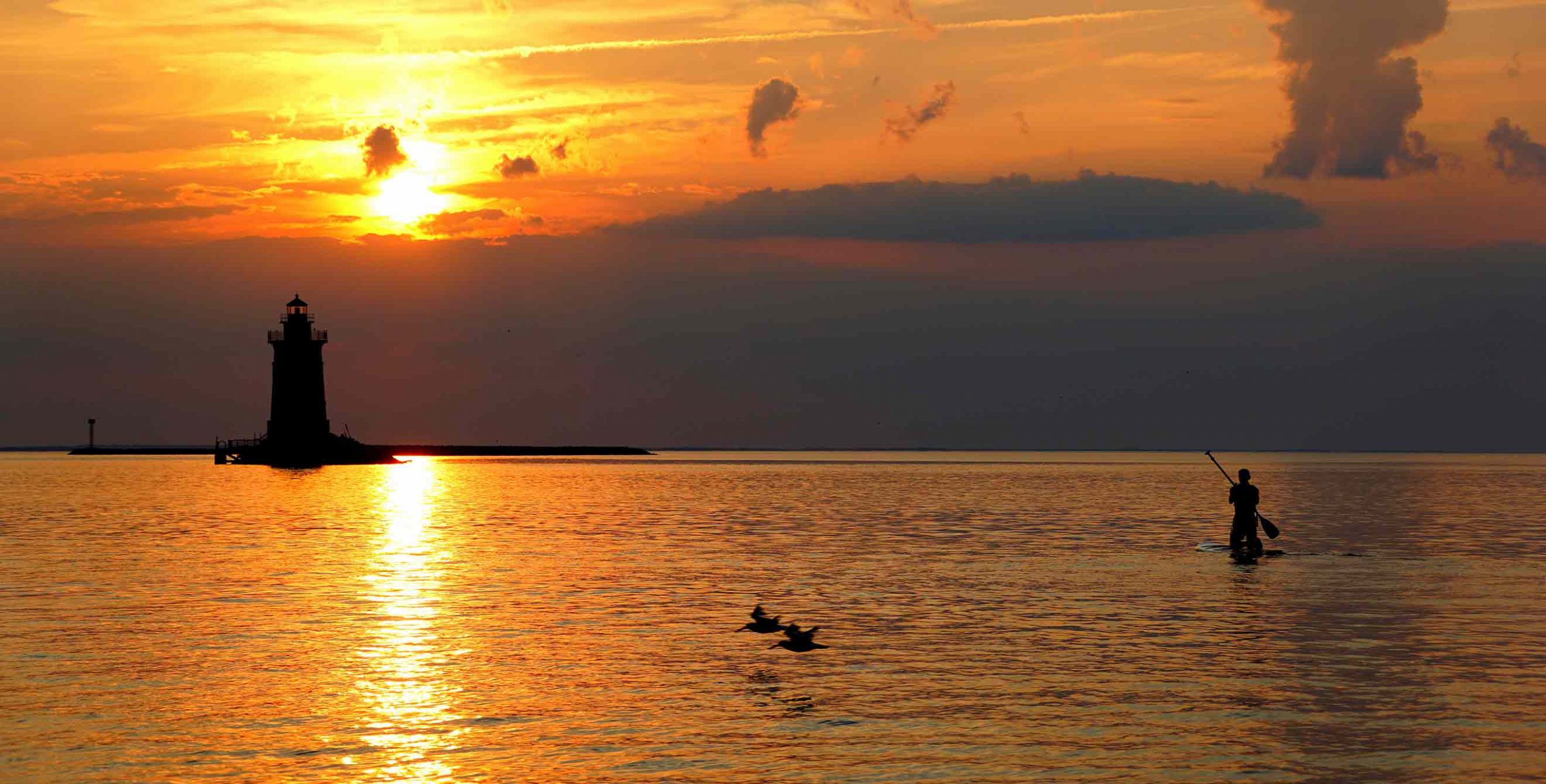 Overview of coverage options in Delaware 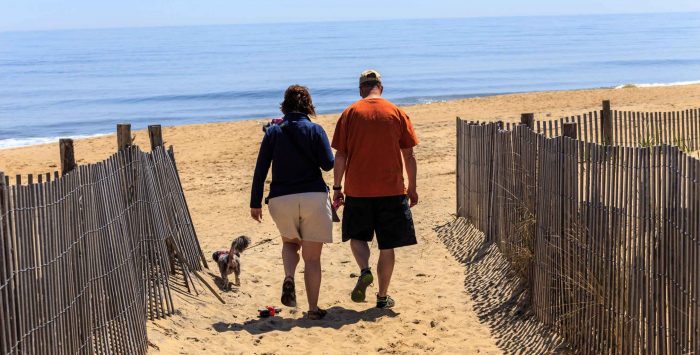 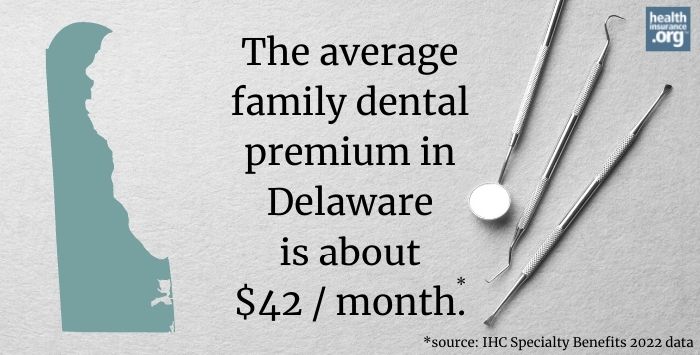 Learn about adult and pediatric dental insurance options in Delaware, including stand-alone dental and coverage through Delaware's marketplace.