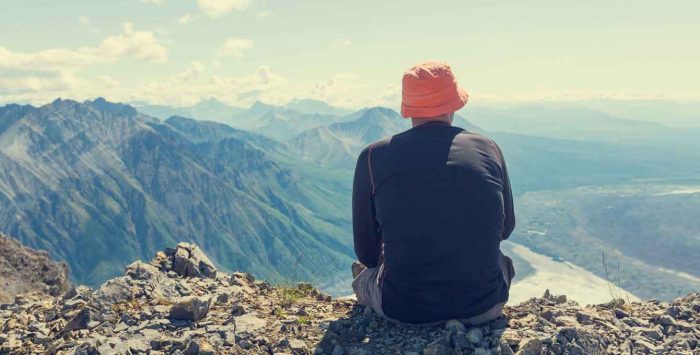 This makes sense, given that the percentage of Alaska’s residents who are age 65 or older is among the lowest in the country. But the Alaska Commission on Aging reported that 2017 was the seventh year in the row that Alaska had the fastest-growing population of residents age 65+ in the nation. That rapid growth in the 65+ population continued in 2018, so Alaska may eventually catch up with the rest of the country, in terms of the percentage of the state’s population with Medicare coverage.

As of May 2022, just over 2% of Alaska’s Medicare beneficiaries had Medicare Advantage plans or other private coverage (not counting supplemental private Medigap and Part D plans). That amounted to about 2,500 people, out of more than 110,000 beneficiaries in the state.

This brief from Aetna provides more background information about MA-EGWPs.

Medigap plans are standardized under federal rules, so the benefits they provide are governed at the federal level and do not vary from one insurer to another or from one state to another (with the exception of three states that have waivers allowing them to standardize the plans differently). Under federal rules, Medicare beneficiaries have a six-month guaranteed-issue enrollment window for Medigap plans that starts when they turn 65 and enroll in Medicare Part B. But federal rules don’t guarantee access to Medigap plans if a person is under 65 years old and enrolled in Medigap as a result of a disability.

The majority of the states have adopted rules to ensure at least some access to Medigap plans for enrollees under the age of 65, but Alaska is not one of them. As of 2020, only one Medigap insurer in Alaska — United American Insurance Company — voluntarily offers a limited selection of Medigap plans to enrollees under the age of 65, with prices that are significantly higher than the prices for a person who is 65. However, Alaska has kept its high-risk pool (the Alaska Comprehensive Health Insurance Association, also known as ACHIA) operational, and the pool serves as a backstop for people who are under 65 and in need of coverage to supplement Medicare.

Prior to the ACA, many states relied on high-risk pools for people who needed to purchase their own health insurance and couldn’t qualify for coverage due to medical underwriting. Some states, including Alaska, still have an operational high-risk pool — and Medigap access is part of the reason ACHIA and similar programs in other states are still offering coverage (other states that have maintained their high-risk pools and use them to offer supplemental coverage to Medicare beneficiaries include Iowa, Nebraska, New Mexico, North Dakota, South Carolina, Washington, and Wyoming).

Although the ACA eliminated medical underwriting in the individual health insurance market, it did not change anything about the rules relating to Medigap coverage. Medigap applications are medically underwritten if people apply for Medigap before they’re 65 (and their state doesn’t have a guaranteed-issue rule for that population) or if they apply after their initial enrollment window ends and they don’t have one of the qualifying events that trigger a guaranteed-issue window for eligibility.

As of 2022, there were 13 private insurers offering Medigap plans in Alaska, as well ACHIA. ACHIA offers Medigap plans for people 65+ (who want to switch plans or buy a plan for the first time after their open enrollment window has closed, and aren’t eligible due to medical history) and offers a Medicare “carve-out” plan with a $1,000 deductible for Medicare beneficiaries who are under 65. The state’s Medigap buyer’s guide notes that “most companies selling Medicare supplement policies in Alaska do not sell such policies to Medicare beneficiaries who are younger than 65 and on Medicare due to disability,” and the rate guide indicates that the only one doing so as of 2022 is United American Insurance Company.

For 2022 coverage, insurers are offering 20 stand-alone Part D plans to people who reside in Alaska, with premiums ranging from about $7 to $97 per month. The Medicare Part D enrollment window runs from October 15 to December 7 each year, with coverage changes taking effect January 1. Medicare beneficiaries are encouraged to use Medicare’s plan finder tool (available at Medicare.gov) to compare the available options for the coming year and see how each plan would cover their own personal prescription needs.

As of May 2022, there were 70,433 Alaska Medicare beneficiaries covered by stand-alone Medicare Part D prescription drug plans. Another 1,361 beneficiaries had Part D coverage for prescription drugs integrated with their Medicare Advantage coverage (these are likely to be employer-sponsored Medicare Advantage plans, although some of them may have been PPOs that were purchased in another state and the enrollee was allowed to keep the coverage after moving to Alaska. The individual Medicare Advantage plans available for purchase in Alaska in 2022 are MSAs, so they do not include integrated Part D coverage).

How does Medicaid provide financial assistance to Medicare beneficiaries in Alaska?

Our guide to financial assistance for Medicare enrollees in Alaska includes overviews of these benefits, including Medicare Savings Programs, long-term care coverage, and eligibility guidelines for assistance.

Medicare in Alaska: Resources for beneficiaries and their caregivers

If you have questions about Medicare enrollment in Alaska or Medicare eligibility in Alaska, you can contact the Alaska State Health Insurance Assistance Program with questions related to Medicare coverage in Alaska.

The Alaska Department of Health and Social Services, Senior and Disability Services can also provide a variety of helpful information and assistance for Medicare beneficiaries in Alaska. Here is the Medicare Information Office page on their website.

The Alaska Division of Insurance oversees and regulates insurance companies that offer plans in the state (including Medigap insurers) as well as the agents and brokers who sell the policies. Their office can provide assistance and information to consumers and address complaints and inquiries about the entities they regulate.