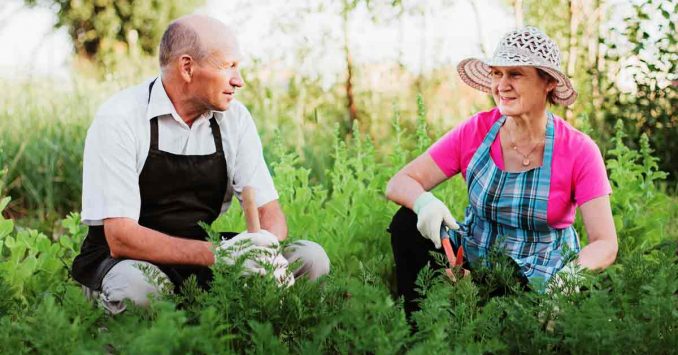 In most cases, Medicare eligibility is triggered when a person turns 65. But Medicare also provides coverage for people under age 65 once they have been receiving disability benefits for 24 months, or if they have ALS or ESRD. Nationwide, 12% of Medicare beneficiaries are disabled and under age 65; in Iowa, 11% of the Medicare population is under 65 and eligible for Medicare coverage enrollment due to a disability.

Beneficiaries of Medicare in Iowa can choose to get their coverage through private Medicare Advantage plans, or directly from the federal government via Original Medicare.

Original Medicare includes Part A (hospital coverage) and Part B (outpatient and physician services). Medicare Advantage plans include all of the coverage provided by Medicare Parts A and B — although out-of-pocket costs can vary significantly — and often include additional benefits, such as integrated Part D prescription drug coverage and coverage for things like dental and vision care, plus extras like gym memberships and nurse hotlines.

But Medicare Advantage insurers establish their own provider networks, which are generally localized and more limited than the nationwide network for Original Medicare. And out-of-pocket costs for Medicare Advantage are often higher than they would be if a beneficiary had Original Medicare plus a Medigap plan. There are pros and cons to either option, and the right solution is different for each person.

306,087 Iowa Medicare beneficiaries were enrolled in Medigap plans as of 2020, according to an AHIP analysis. That’s about two-thirds of the state’s Original Medicare enrollees (Medigap coverage cannot be used with Medicare Advantage plans).

Medigap plans in the state are governed by Chapter 37 of Iowa insurance statute. In 2019, regulators proposed updates to Chapter 37, including adjustments to comply with federal rules for Medigap plans starting in 2020, prohibiting newly-eligible enrollees from buying Medigap plans that cover the Part B deductible; the revised Iowa code is Rule 191-37.9. Medigap insurers in Iowa are required to spend at least 65% of premiums (75% for group plans) on benefits for enrollees, as opposed to administrative costs.

People who aren’t yet 65 can attain Medicare eligibility in Iowa if they’re disabled and have been receiving disability benefits for at least two years, and 11% of Iowa’s Medicare beneficiaries are under age 65. But federal rules do not guarantee access to Medigap plans for people who are under 65.

The majority of the states have implemented rules to ensure that disabled Medicare beneficiaries have at least some access to Medigap plans, but Iowa is not among them. Medigap insurers in Iowa have the option to offer coverage to disabled enrollees who aren’t yet 65, but most do not. As of 2022, according to Medicare’s plan finder tool, United American and Wellmark offer several Medigap plans to people under 65, but the premiums are quite a bit more expensive than the rates for a 65-year-old.

Disabled Medicare beneficiaries under age 65 in Iowa also have the option to enroll in HIPIOWA, the state’s high-risk health insurance pool. HIPIOWA has a plan that provides coverage to supplement Medicare, with premiums that vary based on age. Iowa is one of several states where state-run high-risk pools are still operational, with supplemental coverage available to Medicare beneficiaries who are unable to obtain private Medigap plans. The others are Alaska, Nebraska, New Mexico, North Dakota, South Carolina, Washington, and Wyoming.

Disabled Medicare beneficiaries have access to the normal Medigap open enrollment period when they turn 65. At that point, they can select from among any of the available Medigap plans, with standard premiums that apply to non-disabled people who are enrolling when they turn 65.

But Medicare beneficiaries who do not have drug coverage through Medicaid or an employer-sponsored plan need Medicare Part D in order to have coverage for prescriptions. Medicare Part D was created under the Medicare Modernization Act of 2003. Part D coverage can be purchased as a stand-alone plan, or obtained as part of a Medicare Advantage with integrated Part D benefits.

There are 22 stand-alone Medicare Part D plans for sale in Iowa for 2021, with premiums that range from about $7 to $116/month.

More than 347,000 Iowa residents had stand-alone Medicare Part D plans as of May 2022. Another 185,090 Iowa Medicare beneficiaries had Part D prescription coverage as part of their Medicare Advantage plans.

Medicare Part D enrollment is available during the same annual open enrollment period that applies to Medicare Advantage plans, running from October 15 to December 7 each fall. Plan changes made during this window take effect on January 1 of the coming year.

How does Medicaid provide financial assistance to Medicare beneficiaries in Iowa?

Our guide to financial help for Medicare enrollees in Iowa includes overviews of these benefits, including Medicare Savings Programs, long-term care coverage, and eligibility guidelines for assistance.

Medicare in Iowa: Resources for Medicare beneficiaries and their caregivers

The Iowa Insurance Division can answer questions and address consumer complaints about health insurance companies that offer Medicare plans, as well as the agents and brokers who sell those plans. The Division also has a Senior Medicare Patrol, devoted to Medicare education and fraud prevention.

The Medicare Rights Center is a nationwide service, with a website and call center, that provides information and assistance related to Medicare enrollment, eligibility, and benefits.

This resource about how Iowa Medicaid assists Medicare beneficiaries with limited financial means is a useful guide for beneficiaries and their caregivers.