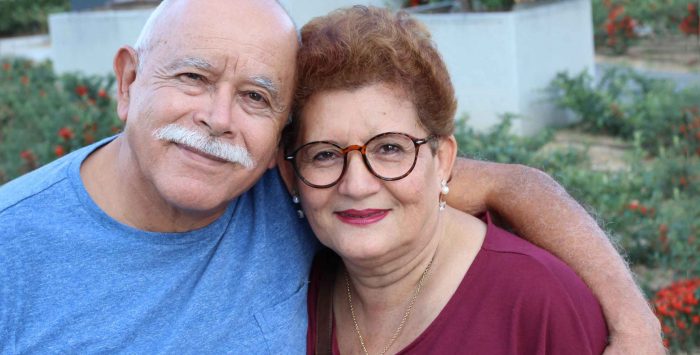 There were 441,302 residents enrolled in Medicare in New Mexico as of November 2021, which amounts to about 21% of the state’s population.

For most Americans, Medicare enrollment goes along with turning 65. But younger Americans become eligible for Medicare if they have been receiving disability benefits for 24 months, or if they have ALS or end-stage renal disease. Nationwide, almost 13% of all Medicare beneficiaries are under the age of 65; in New Mexico, it’s a little under 14%.

But the availability and pricing of private Medicare coverage, including Medicare Advantage plans, Medigap plans, and Medicare Part D plans, does vary from state to state.

There are pros and cons to either option, and the right solution is different for each person. Medicare Advantage plan availability varies by county; in some areas, New Mexico residents only have five Medicare Advantage plans from which to choose for 2022 coverage, while other counties have more than 50 plans available.

According to an AHIP analysis, there were 69,828 New Mexico Medicare beneficiaries with Medigap coverage as of 2019. The New Mexico Office of the Superintendent of Insurance used to maintain a page that listed the state’s Medigap insurers, but they removed it in 2019 as it was outdated. They confirmed that they do not currently maintain a listing of Medigap insurers in the state, although filing data is available on SERFF. But Medicare’s Medigap plan finder tool shows all of the insurers that offer Medigap plans; there are 34 separate insurers offering Medigap plans in New Mexico as of 2022.

Although Medigap plans are sold by private insurers, the plans are standardized under federal rules, with ten different plan designs (differentiated by letters, A through N). The benefits offered by a particular plan (Plan A, Plan M, etc.) are the same regardless of which insurer sells the plan.

Unlike other private Medicare coverage (Medicare Advantage and Medicare Part D plans), there is no annual open enrollment window for Medigap plans. Instead, federal rules provide a one-time six-month window when Medigap coverage is guaranteed issue. This window starts when a person is at least 65 and enrolled in Medicare Part B (you must be enrolled in both Part A and Part B to buy a Medigap plan).

People who aren’t yet 65 can enroll in Medicare if they’re disabled and have been receiving disability benefits for at least two years; about 14% of New Mexico Medicare beneficiaries are under age 65. Federal rules do not guarantee access to Medigap plans for people who are under 65. Although the majority of the states have taken action to ensure access to Medigap coverage for disabled enrollees, New Mexico is not among them. The New Mexico Office of the Superintendent of Insurance confirmed that Medigap insurers in the state are not required to offer coverage to applicants under the age of 65. But insurers can do so voluntarily, and at least three do so as of 2022 — Blue Cross Blue Shield of New Mexico, State Farm Mutual Automobile Insurance Company, and United American Insurance Company.

New Mexico is also one of several states where pre-ACA high-risk pools remain operational, with coverage available to supplement Medicare if the enrollee is unable to obtain Medigap coverage. Information about New Mexico Medical Insurance Pool’s Medicare carve-out plan is available here. Standard premiums for this plan range from $180 to $742 in 2022, depending on the enrollee’s age. But the state has a subsidy program for people with income under 400% of the poverty level, resulting in lower net premiums for people with low or modest incomes.

New Mexico is one of several states where private Medigap insurers are not required to offer plans to people under age 65, but state high-risk pool coverage provides a back-up option. The others are Alaska, Iowa, Nebraska, North Dakota, South Carolina, Washington, and Wyoming.

Disabled Medicare beneficiaries have access to the normal Medigap open enrollment period when they turn 65. At that point, they can enroll in a Medigap plan with the normal premiums that apply to people who are enrolling in Medicare due to age, rather than disability.

Although the Affordable Care Act eliminated pre-existing condition exclusions in most of the private health insurance market, those rules don’t apply to Medigap plans. Medigap insurers can impose a pre-existing condition waiting period of up to six months if you didn’t have at least six months of continuous coverage prior to your enrollment (although not all of them choose to do so). And if you apply for a Medigap plan after your initial enrollment window closes (assuming you aren’t eligible for one of the limited guaranteed-issue rights), the Medigap insurer can consider your medical history in determining whether to accept your application and at what premium.

But Medicare beneficiaries who do not have drug coverage through Medicaid or an employer-sponsored plan need Medicare Part D in order to have coverage for prescriptions. Part D can be purchased as a stand-alone plan, or integrated with a Medicare Advantage plan. Part D was created under the Medicare Modernization Act of 2003, which was signed into law by President George W. Bush.

Medicare Part D enrollment is available when a beneficiary first becomes eligible for Medicare. And the annual Medicare election period each fall (October 15 to December 7) allows beneficiaries the opportunity to change to a different Medicare Part D plan or enroll for the first time if they didn’t do so when they were first eligible, albeit with a late enrollment penalty if they didn’t have creditable coverage prior to enrolling.

In terms of plan availability, there are 21 stand-alone Medicare Part D plans for sale in New Mexico in 2022, with premiums that range from about $8 to $140/month.

How does Medicaid provide financial assistance to Medicare beneficiaries in New Mexico?

Our guide to financial assistance for Medicare enrollees in New Mexico includes overviews of these programs, including long-term care coverage, Medicare Savings Programs, and eligibility guidelines for assistance.

Medicare in New Mexico: Resources and information for beneficiaries and their caregivers

The New Mexico Office of the Superintendent of Insurance (Russell Toal) can provide assistance and customer service with a variety of insurance-related issues, and they license and oversee the health insurers, brokers, and agents that offer coverage in the state.

The page details how New Mexico Medicaid can provide assistance to Medicare beneficiaries in the state who have limited financial means.